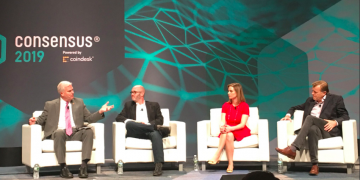 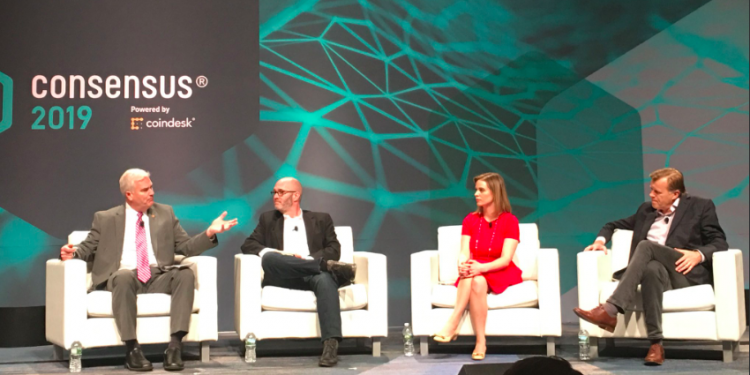 Emmer revealed his intention to reintroduce the “Safe Harbor for Taxpayers with Forked Assets” bill, first announced in 2018, during a panel on the relationship between government and technologies at Consensus 2019 on Monday.

For his part, Emmer reaffirmed his commitment to supporting the development and use of blockchain tech and cryptocurrencies, and bemoaned the complex network of regulators that the industry must navigate, pointing to the CFTC, the SEC, and others who “all have bits and pieces” of the regulatory picture, but have failed to provide regulatory certainty.

He indicated that Congress’ job is “getting government in line” such that the blockchain industry can generate new opportunities and innovations.

In practice, the certainty that Emmer and his Blockchain Caucus, co-chaired by Representatives David Schweikert and Darren Soto, have sought to provide has come in the form of measures like proposing that crypto miners should not be classified as money transmitters.

CoinDesk has further learned that the Safe Harbor for Taxpayers with Forked Assets bill would prevent the IRS from penalizing unreported crypto assets gained through hard forks until the IRS issues clear guidance on their regulatory treatment. The bill may also include airswaps, which were not covered in the bill’s earlier iteration.

However, Emmer noted that Congress still has some work to do before it could effectively advocate for the blockchain industry.

“You have members who have quite frankly a range of understanding and backgrounds, and there isn’t a lot of range when it comes to blockchain technology,” he said.  “A lot of them have these preconceived notions, all they’ve ever heard of is the Silk Road.”

During the panel, Boring contended that the U.S. government lags behind other areas of the world in its exploration of blockchain. The EU, for example, has already invested 80 million euros in blockchain initiatives, she said, adding that they plan to invest 340 million euros by 2020.

Boring also pointed to China as being at the cutting edge of blockchain development, citing a state media report which called blockchain “10 times more important” than the internet.

Both Emmer and Forman emphasized that it’s important for the blockchain industry to make its voice heard and push for a better informed government.

“Talk to your regulators,” Forman advised the audience, while Emmer added: “We need your story.”