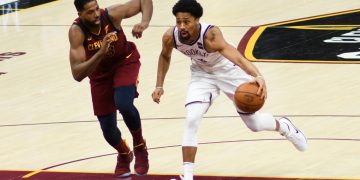 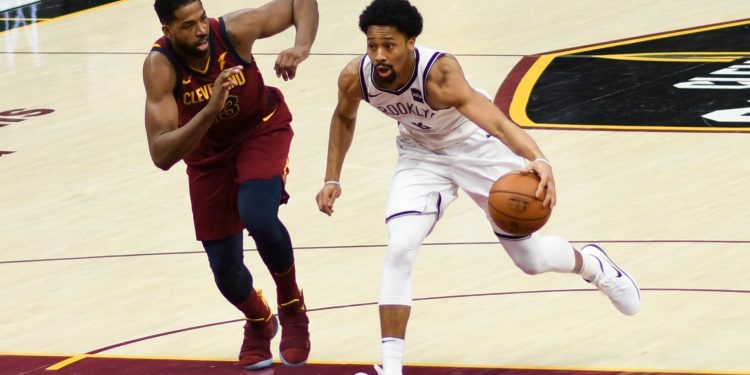 In partnership with crypto firm Paxos, NBA guard Spencer Dinwiddie is looking to raise $13.5 million by tokenizing the first year of his three-year, $34.5 million contract.

Dubbed the DREAM Fan Shares platform, investors in the securities offering will earn interest through Dinwiddie’s bi-monthly paycheck. The minimum buy-in is $150,000.

The guard for the Brooklyn Nets told CoinDesk that his contract is fully guaranteed, meaning investors do not risk losing their funds if he is injured or otherwise unable to play. He is set to earn $16 million this season, trading $2.5 million in earnings for the certainty of an upfront payment.

While the initial token offering is only set for this first season, Dinwiddie said in an interview with CoinDesk that he would include an option for token holders to continue their investments through the second and third years of his current contract.

“Essentially, you hold the token and it’s kind of a marker,” he told CoinDesk, adding:

“They all represent shares in the issuance so it’s not like ownership [of the player] or something like that, it’s contractual value.”

In return, DREAM Fan Shares investors receive SD8 tokens, named for Dinwiddie’s initials and number. Only accredited investors – those with a net worth of at least $1 million or income of at least $200,000 in each of the last two years – can participate in the token sale.

Paxos Trust Company will provide custody and escrow services for the project, paying token holders by way of its dollar-pegged stablecoin, the Paxos Standard (PAX).

The NBA player says the new platform is designed to help athletes and other individuals in the entertainment industry take advantage of their earnings.

“Every asset class has its associated fixed-income products attached to it and when you look at the NBA, you look at the entertainment as a whole. These are brokers,” Dinwiddie explained, adding:

“The brokers kind of determine the value of the assets, the assets are revenue-generating vehicles, which is us. … It’s not the value of our intellectual property, it’s us going out and playing every night … and helping the league out.”

However, Dinwiddie believes that players – and other individuals in different industries – will remain more financially secure in the long term if they’re able to build a business around their efforts. Creating a new asset class through his token platform would help with this.

My current contract will be the first Professional Athlete Investment Token. #PAInTs give athletes, artists, and influencers financial control of their contracts. And for fans an alternative to our current financial climate.

Individuals whose contracts are not fully guaranteed (as is the case in the NFL) should also still be incentivized to fulfill the terms, rather than running off with the money after they complete their raise, Dinwiddie said.

Anyone who does decide to retire would have to refund investors and would likely ruin their future career prospects, he said, concluding:

“I would have to give back all that money and then end my career and leave with zero money.”

Dinwiddie, who played three years at the University of Colorado before declaring for the NBA draft, sees tokenizing assets as a way of preparing for a potential global recession. Because the tokens would not be tied to the legacy financial system, they may well be recession-resistant, he said.

(“Not, of course, if the NBA goes out of business, but I don’t think that’s going to happen,” Dinwiddie clarified.)

Recession concerns aside, simply by receiving a portion of his contract upfront – rather than in installments throughout the season, as he would normally be paid – Dinwiddie said he will be able to invest his payment into some sort of vehicle, which should in turn ultimately lead to a larger return for him.

“There’s been some interest from a lot of different guys around the league. I think if my [plan] is successful you’ll see a lot of guys open up to it and might have a lot more crypto influence to it.”

“The Fan Shares platform has all this stuff in mind,” he said.

Furthermore, athletes wouldn’t be the only individuals able to set up such tokens. Dinwiddie believes an individual from any entertainment industry should be able to set up a similar token, even if specific details about their respective contracts vary.

Using a blockchain-based platform would help assure investors of what they’re buying into, he said, adding:

“I think blockchain lets us do that more [efficiently], it’s more transparent. No one’s going to think we’re going to run off with their money.”

Lightning Sucks, But It Could Help Build a Bitcoin Economy

Lightning Sucks, But It Could Help Build a Bitcoin Economy