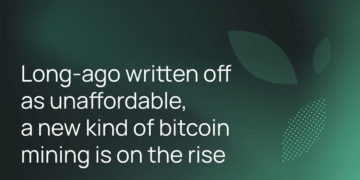 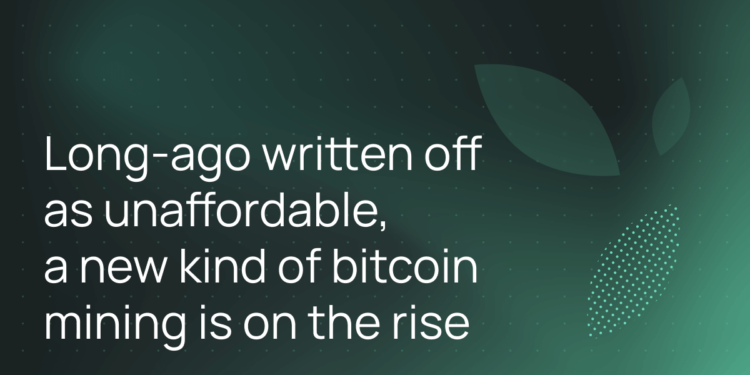 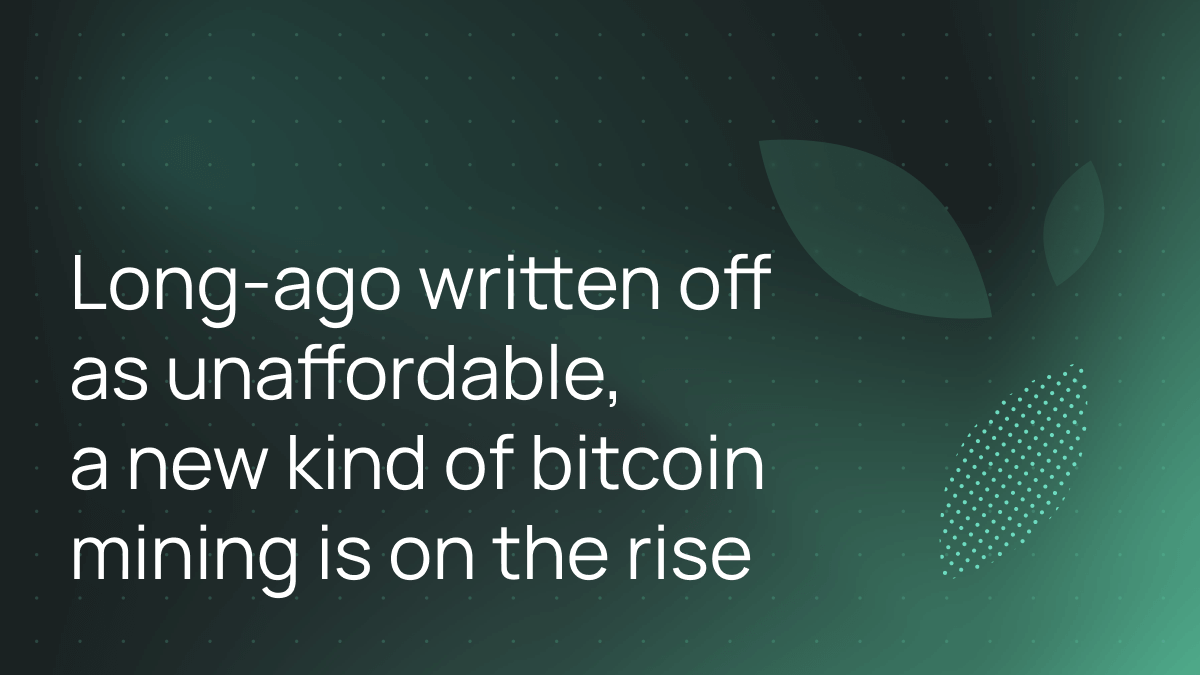 Bitcoin mining has been a big business since the price of bitcoin took off a few years back and brought cryptocurrency into the mainstream. The way bitcoin mining works is that miners try to earn new bitcoins by doing the computing necessary to process new transactions on the blockchain. By processing transactions, miners provide security for the bitcoin network and are therefore rewarded for the services they provide with additional bitcoins.

However, bitcoin has a limited supply, so in order to prolong the emission process halving events occur periodically, cutting the reward for mining bitcoins in half. Originally, the reward for mining a block of bitcoin was 50 bitcoins and that has lowered over time to where it is now, at 6.25. While that is still quite a hefty sum considering the conversion rate from BTC to USD, you can see how many were able to make exorbitant profits by getting involved early when rewards were so large.

In order to be profitable mining bitcoin, the cost of mining a block has to be less than the reward you get from mining it. Besides the conversion rate of Bitcoin to fiat, there are three major factors that affect profitability in mining: the cost of electricity, the cost of mining equipment, and the difficulty of mining. The first two factors are pretty straightforward, but mining difficulty may be a bit hard to gauge for those unfamiliar. Basically, mining difficulty is a variable depending on how miners there are processing transactions. The bitcoin network was designed to produce bitcoins every ten minutes. In order to keep that unchanging, the more miners there are on the network the more computing a miner has to do to process a transaction. The mining industry has become crowded over time, making the mining difficulty rise in proportion.

Why is this relevant now? Because a few recent developments have led to a bit of a reckoning in the mining industry. For a while, it seemed like the days of the small-time bitcoin miner were over. Getting the equipment you need to be a solid miner will set you back thousands of dollars. Then, if you live in a place that has expensive electricity, it will take you a long time to earn back what you spent to get started, and at that rate, with halvings always around the corner and more miners entering the market every day, the prospects of mining being a long-term, significant source of income shrink.

Once people started catching on to how profitable mining could be, major mining projects were formed and the world’s corporate giants took notice. With the capital to acquire a vast amount of mining equipment, access to cheap energy and the means of building giant mining facilities, it was only a matter of time before the big guns took over.

But all of that may be changing now. The global bitcoin mining powerhouse has long been China. Chinese mining facilities with tons of mining equipment and access to some of the cheapest electricity in the world have accounted for up to 75% of the global mining hashrate. That all changed recently as Chinese authorities moved to outlaw bitcoin mining and trading activity. As a result, it has been estimated that about 90% of bitcoin mining operations in China have either already shut down, or are in the process of shutting down. That is an astronomical figure and the effect it will have on the mining industry is hard to quantify. The impending lockdown was in no small way responsible for the recent downturn in the cryptocurrency market, which is estimated to have wiped $1 trillion off the board.

In addition to that, backlash has mounted over just how much energy is used to mine bitcoin globally. According to the University of Cambridge, bitcoin mining uses about 80 terawatt-hours of energy each year, a figure roughly equal to the energy consumption of Finland. Due to the size of that figure, there has been a rising tide of voices questioning whether bitcoin is a viable currency option moving forward, given the pressing climate issues facing the world at large. Among those voices is that of Elon Musk, long one of cryptocurrency’s most ardent and visible supporters. When Musk’s company, Tesla, announced it would no longer be accepting bitcoin as a means of payment — a move that also triggered a massive price slump — Musk cited environmental concerns as one of the significant factors in the move.

All of that has left us in a very curious spot. If the cryptocurrency industry has been anything, it has been protean, changing and redefining itself at the drop of a hat when needed. And what we are now witnessing is the mining industry changing its identity — or at least attempting to — as circumstances have come together to require it.

Recently, a number of new mining projects have been launched and grown to prominence offering fresh takes on mining with an eye to sustainability and bringing the activity back to its roots, as an endeavor that not just massive operations, but regular individuals could engage in. In the US alone, a handful of companies looking to utilize renewable energy to fuel bitcoin mining have entered the market and been raising funds to finance their projects. And they have been largely successful. Gryphon, a company looking to create “the largest bitcoin miner with zero carbon footprint” has raised $14 million in an investment round.

Elsewhere, in northern Russia, Minto, a company promising to make bitcoin mining profitable for the individual again, has set up a mining operation powered by a private green energy plant that gives them cheap, renewable energy on a scale not seen before in the industry. The project is issuing its own token, BTCMT, which users can buy cheaply to take part in the project and reap mining rewards, regardless of where they are located. They hope to gain users that have been displaced by shifting government regulations and the rising costs associated with mining.

It is anything but certain if these projects, and the many others that are following in their footsteps, will be successful in reshaping the industry. However, as it stands now, there is a sense of hope coinciding with the stabilization of the cryptocurrency market that not only can things be done differently, they can be done better.