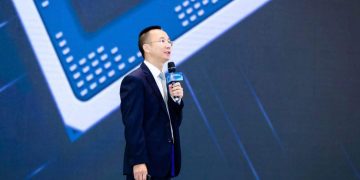 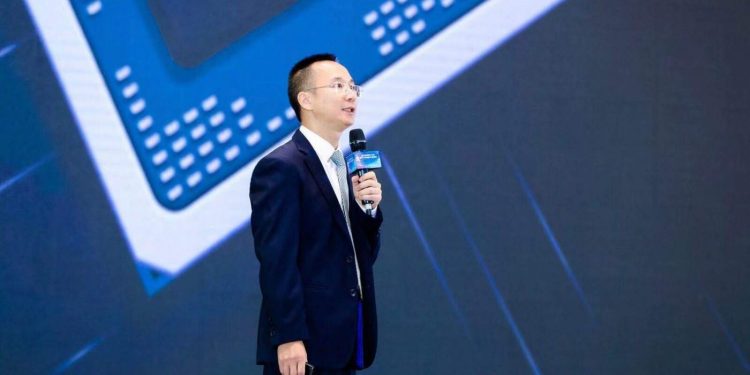 A filing of the Cayman Islands–incorporated holding company, submitted Dec. 10, reveals that Zhan’s role as a board director was “ceased” on Oct. 30. That was one day after rival co-founder Jihan Wu returned to the company’s Beijing office and announced the seeming conclusion to a long-running power struggle.

The takeover may have lasting effects on the world’s largest bitcoin miner maker, which is reportedly filing for an IPO in the U.S.

What was known at the time was that Wu took over Zhan’s roles at the Beijing operating subsidiary as a director and legal representative as of Oct. 28. Wu later appeared on stage at a customer event as Bitmain’s CEO and chairman.

A second corporate filing, submitted Dec. 19, indicates the holding company still had four directors as of Oct. 29 – including Zhan. But the cessation of Zhan’s role on Oct. 30 would leave the Holding firm’s board with three members: Jihan Wu, Yuesheng Ge (head of Bitmain-tied Matrixport) and Luyao Liu (Bitmain’s CFO).

In fact, Liu is now the Holding firm’s Company Secretary and took over the role from Wu as a legal representative of the Beijing subsidiary on Jan. 2, according to the documents. And it appears this may not be a nominal move: A person close to the company told CoinDesk Liu has indeed taken on a bigger role recently.

Many questions remain about the sudden removal of Bitmain’s largest shareholder. But a third document CoinDesk reviewed – the Holding firm’s Fifth Amended and Restated Memorandum and Articles of Association (AoA) – sheds some light on the role in the affair of internal rules governing voting dynamics and board meetings.

The AoA also reveals Bitmain’s commitment to external investors to achieve a “Qualified IPO” at designated stock exchanges with an ambitious valuation and offering target.

According to Bitmain’s AoA, the company can “appoint and remove a director or directors” via what’s called an Ordinary Resolution – one of the two types of resolutions that board meetings can decide to act on. The other type is called a Special Resolution.

By the AoA’s definition, an Ordinary Resolution is a resolution “passed by a simple majority of not less than half of the votes cast by such Members as, being entitled to do so, vote in person or by proxy.”

A Special Resolution – while functioning in a similar fashion – should be passed by a majority of not less than two-thirds of the votes cast by those voting, “of which notice specifying the intention to propose the resolution as a special resolution has been duly given,” the AoA said.

The AoA stated that each share of Bitmain – whether it’s ordinary or preferred – gives a holder “the right to receive notice of, attend at and vote” at any general meeting, and “at least five clear days’ notice shall be given.”

The Holding firm’s (ultimately unsuccessful) Hong Kong IPO filing in 2018 showed only Wu and Zhan hold Class B ordinary shares, with 2.24 billion and 3.98 billion shares, respectively. Other founding members’ ownership was converted to Class A after a 2017 restructuring.

From 2017 to 2018, Bitmain issued Preferred A, B and B+ shares to raise in total more than $700 million from external investors including big-name venture capital firms Sequoia, IDG and Sinovation. The chart below shows Bitmain’s share and voting power structure – at least as of October 2019.

But a major twist allegedly unfolded in November 2019.

Zhan initiated a legal case on Dec. 13 in the Grand Court of the Cayman Islands, asking the court to void a decision passed at an extraordinary general meeting (EGM) in November.

The decision allegedly reduced Class B ordinary shares’ voting rights from 10 votes per share to just one vote per share, effectively curtailing the co-founders’ voting power. The case was first reported by Bloomberg earlier this month.

But what was not mentioned in the Bloomberg article is a nuance in the originating summons that Zhan filed via his controlling company, Great Simplicity Investment Corporation. CoinDesk obtained a copy of the document.

That would mean the alleged extraordinary general meeting had to obtain two-thirds of the votes cast by those who were voting to begin with, in order to pass the alleged special resolution.

The Fifth Amended AoA stated the firm “may from time to time by Special Resolution alter or amend the Memorandum or these Articles in whole or part; provided that no such amendment shall affect the special rights attaching to any class of Share without the consent or sanction provided for in these Articles.”

But there’s a catch about the concept of quorum – generally, a minimum number of members are required to be present by person or proxy at a meeting before it can proceed.

While any Bitmain director can convene a general meeting, “No business shall be transacted at any general meeting unless a quorum of Members is present,” the AoA stated, and defined a quorum as follows:

“Save as otherwise provided in these Articles, one or more Members holding in the aggregate not less than one third of the issued Class B Ordinary Shares present in person or by proxy and entitled to vote shall be a quorum.”

As shown in the chart above, Wu’s 2.2 billion class B shares already counts for 36 percent of the total – just over the “one third” threshold. So even though Zhan’s 3.98 billion shares gave him the other 64 percent of the total issued class B, only Wu needed to show up to have a quorum, provided Zhan was at least given notice.

When asked if Zhan was notified, aware of, or attended to vote at the alleged EGM, Conyers Dill & Pearman, the law firm representing Zhan, said its client “was not aware of the EGM.”

The law firm added that the shareholding is confidential but its client “remains a major shareholder.”

The Cayman Islands court has not yet decided on a date for hearing the case but the “hearing might potentially take place after Easter,” Conyers Dill & Pearman said.

Bitmain said it has no comment on this story.

Late last year, it was reported that Bitmain filed an IPO application in the U.S., months after its first attempt to list in the Hong Kong Stock Exchange fell through.

The continued effort to go public is unsurprising, given that Bitmain’s AoA contains what’s called Redemption Rights for external shareholders.

The Redemption Rights stated that external investors in the Series A, B and B+ rounds have the right to require Bitmain to “redeem or repurchase all or any part of the Preferred Shares” upon either one of two events.

The first is that a “Qualified IPO” doesn’t occur within five years after the issuance of the B+ Preferred shares, which was around August 2018.

The AoA further defines a “Qualified IPO” as one that, in a nutshell, would give Bitmain a pre-offering market capitalization of not less than $18 billion with proceeds of at least $500 million. And the listing venue should be either the Shanghai Stock Exchange, Shenzhen Stock Exchange, Hong Kong Stock Exchange, New York Stock Exchange or NASDAQ.

That said, the requirements about the offering size, listing venues and market cap can be revised with consent from “Majority Shareholders and the Majority Preferred Holders,” according to the AoA’s terms.

To put that into perspective, Bitmain’s major rival Canaan Creative, which claims to have about 20 percent of the crypto miner market, successfully listed on the NASDAQ exchange in November. It raised $90 million at a market capitalization of over $1 billion.

The second event listed in the AoA is what’s called a “Material Adverse Effect” resulting from “the occurrence of a breach by any group Company or Founder Parties.” The document defines Founder Parties as, collectively, Wu, Zhan and two corporations that are fully owned by each.

It also sets out the definition of “Material Adverse Effect” as “any event, occurrence, fact, condition, change or development that has had, has or could be reasonably expected to have, a material adverse effect on the business, properties assets, operations, results of operations, financial condition, or liabilities of the group company taken as a whole.”