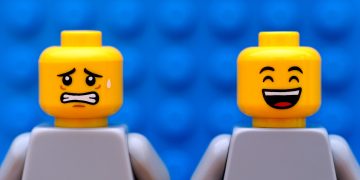 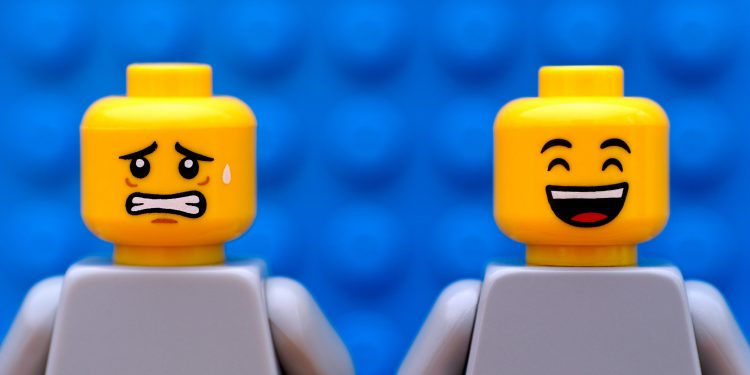 W. Scott Stornetta is chief scientist at Yugen Venutres. a blockchain investment firm. He is the author of “How to Time-Stamp a Digital Document,” a seminal work in cryptography cited eight times in Satoshi Nakamoto’s bitcoin white paper. More information about Scott and Stuart is available at hs91.net.

Let’s admit it. This year was a bit chaotic for blockchain efforts. Cryptocurrencies crashed. The SEC rained on the ICO parade. Many corporate projects, announced with elaborate fanfare, seemed to progress at a snail’s pace.

On top of it all, someone claiming to be Satoshi threatened to take the price of bitcoin down to $1,000, while a related faction threatened what amounted to a DDoS attack on a rival fork by planning to mine worthless blocks. (With blockchain friends like these last two, who needs a six-fingered man for an enemy?) And on a more somber note, we lost Tim May, who provided early inspiration for me and many others with crypto-libertarian aspirations.

So why am I smiling? It would be presumptuous to say that I know something that informed readers do not. But perhaps I have a longer-term perspective. For while as a community we celebrated the 10th anniversary of Satoshi’s white paper, next year is another anniversary for me. Namely, 2019 will mark 30 years since Stuart Haber and I began working on a contributing thread to what has become the blockchain.*

From that perspective, the disturbances of this past year are transitory issues that distract from value creation fundamentals. From financial services to social media, from crypto-based banking services to making real assets liquid, opportunities abound. And as Chief Scientist at a blockchain venture capital firm, I am prepared to recommend how to invest tens of millions of dollars in blockchain efforts this coming year.

The movie Jerry Maguire made famous the line “show me the money.” Let me suggest four “show me”s.

Follow these in 2019 and perhaps I can show you the investment money.

1. Show me the community

Successful blockchain efforts don’t begin with technology. Instead they begin with a community.

Indeed, Tim May and others of the cypherpunk community who helped create that community’s sense of shared purpose had as much to do with bitcoin’s early rise as did the technical merits of Satoshi’s work. This point, often lost on those who didn’t live through the pre-bitcoin days, leads many to draw the wrong conclusions about the reason for bitcoin’s early rise. Its community was primed to embrace a peer-to-peer currency and was thus willing to accept bitcoin weaknesses along with its strengths.

New blockchain efforts should begin with a community that shares a common interest and purpose. This is the fundamental promise of the blockchain: a shared, immutable record that allows communities to achieve their collective hopes in a peer-to-peer, transparent and efficient way.

2. Show me the solution to today’s problems

Successful blockchain efforts will not offer solutions in search of needs, but rather should solve current, pressing problems. And these “products” should provide immediate benefits to their earliest users, even without the benefit of scale.

Far too many blockchain enthusiasts in 2018 simply railed against the incumbents, the evils of the current systems, and the greed of their actors. They convinced themselves that because their blockchain-based solutions were different from the wrong answers, their solutions must of necessity be the right answer.

Such sloppy logic will no longer work. Blockchain aspirants should ask themselves a difficult question. Namely, is their solution truly a current “must have,” providing benefit to even the earliest users and then growing in value with network effects? Or is it just a “nice to have” convenience, the value of which will become evident only when the community reaches scale? Or even worse, is it merely a clever technology that solves a problem developers simply wish the entire world will someday have?

History demonstrates that successful revolutionaries focus less on what they fight against and more on what solutions they propose. The best visionaries have incremental, largely self-sustaining plans that grow over time to achieve radically improved results.

In 2019, efforts that fit this near-term/long-term dynamic will be well positioned. The financial services industry presents many such opportunities, as it is straightforward to quantify benefits that can be realized from reductions in reconciliation, settlement costs and times, even in the early stages. And as these networks scale, features can be added that provide additional utility.

3. Show me the incentives

Successful incentives and related governance mechanisms avoid the kind of behavior demonstrated this past year at the hard fork of BCH-SV and BCH-ABC. Questioning pure proof of work might seem tantamount to breaking faith with the core tenets of decentralization. Yet I am convinced that proof of work can be improved upon in order to avoid these sorts of behaviors without relinquishing its useful incentives.

Fundamentally, decentralized communities require incentives for its community members to hold and validate the tamper-evident records, making them collectively immutable. With that as a secure foundation, they can then consider whether a token, representing an actual stake in the community’s common assets and purpose, fits the circumstances. If it does make sense, then one must ensure that the differential equation for reward redistributes tokens along the gradients of value creation and long-term stability.

In this regard, community-based social media platforms continue to offer a large but still largely unrealized opportunity. Tens of millions or even billions of suitably incentivized users would be a force with which to be reckoned.

But claimants to the Facebook/LinkedIn/Reddit/etc. throne must also demonstrate how well they understand the community and provide a compelling solution.

4. Show me flexibility, not rigid orthodoxy

Successful blockchain applications are no different from any other class of startup venture in that they need to adapt to the needs of their user communities. It is the records, not one’s approach to problem-solving, that must remain immutable.

Because Satoshi was legitimately concerned that governments might want to shut down competitors to their fiat currencies, he invoked massive computational redundancy as part of decentralization.

Today, however, most blockchain applications operate in a different environment. It’s hard to imagine the military hunting down providers of shared medical records, for example. Thus, as blockchain applications extend beyond bitcoin, it is worth reexamining when, where, and how users’ needs require different classes of solutions. In these early days of blockchain, in which a dominant design has yet to emerge, innovators must be flexible enough to explore new possibilities informed by their users and thinking from first principles.

More generally, an inappropriate focus on fighting the last war is symptomatic of leaders unwilling to change even as conditions evolve. Initial plans almost never work. Successful leaders listen to what users are saying and pivot accordingly.

The promise of decentralized trust has come a long way from its early beginnings in the late 1980s. Yet to give due respect to the significant work done by Tim, David, Nick, Satoshi, J.R., David, Blythe, Caitlin, Vitalik, Joe, Dan, Ned, and many, many others, blockchain communities must not fail to learn from the lessons of this past year.

To realize the promise of a fairer, more transparent, peer-to-peer world, we must put community first, focus on solving present-day problems, continue to refine incentives and governance, and respond with flexibility as needs and circumstances change.

Those who do so should find themselves smiling with me in 2019, as we know something others do not know: we know the fundamental promise of the blockchain.

*Now let’s be clear that what Stuart and I created was a sort of proto-blockchain, and we are not claiming credit for any of the many welcome innovations that have followed. But even 30 years ago, many of the basic elements were in place: a system of blocks cryptographically chained together whose wide distribution via appropriate incentives led to eliminating the need for a trusted third party. What else would one call that if not a blockchain?