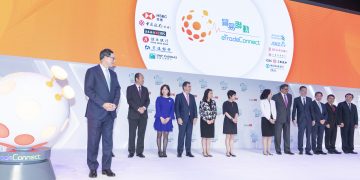 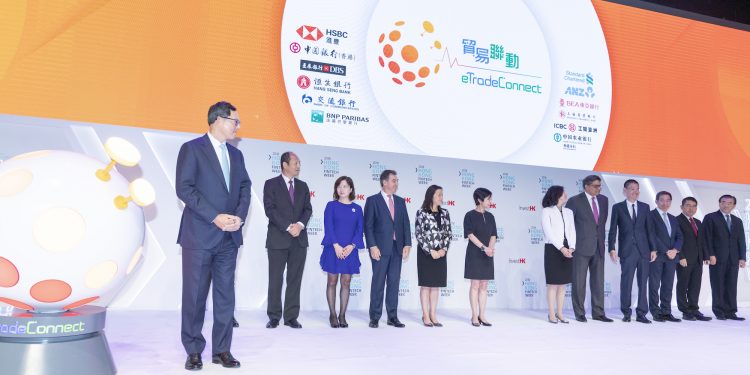 Ping An, the Chinese insurance giant that built the eTradeFinance blockchain, is modifying the platform to give its 12 participating banks more control over customer relationships.

Frank Lu, head of the blockchain division of OneConnect, PingAn’s fintech arm, and the architect of eTradeFinance, told CoinDesk his team is revising the way businesses submit their data for trade financing from the network. Instead of going to a central portal, they will have to sign up through individual banks.

First revealed in 2017 as a proof-of-concept by the Hong Kong Monetary Authority (HKMA), and formally launched in October 2018, eTradeFinance aims to bring efficiency to the trade finance market in Hong Kong for small and mid-size enterprises (SMEs) while preventing fraud.

Major banks that participate in the blockchain network include HSBC, Standard Chartered, BNP Paribas in Hong Kong, Bank of East Asia, and the Hong Kong branches of all four state-owned commercial banks in China.

The idea is to let one participating bank verify a customer’s credentials based on transaction history and status of purchase orders so that the SME can borrow money, pledging future payments as collateral.

By putting this data on a distributed network, the project is expected to make it easier for a customer to obtain further financing, but at the same time prevent them from borrowing a total amount from multiple banks that exceeds their credit lines.

Currently, SMEs register for the service through a portal run by Hong Kong Interbank Clearing Limited (HKICL), a subsidiary of the HKMA incorporated specifically for the initiative. Then they choose the bank they want to work with.

But this approach will soon be revised, Lu said, in a bid to give banks more control of where corporates could choose to go.

“Customers have a different goal. They would want more options for financing,” he said, adding:

“But at the same time, big banks don’t want to become a selection button in a drop-down menu.”

Lu admitted that this may not be in the best interest of SMEs, but said that at the end of the day, “this is a game.”

“In my view, customers need money, and banks are the ones that hold this money. So eventually it’s a seller’s market. But the existing model has made it easier to launch the platform and to make it running steadily,” he said. “The next step is migration to get rid of the HKMA’s portal so that banks will feel more comfortable introducing their customers into the network [via their own platforms].”

Josh Kroeker, HSBC‘s blockchain lead for global commercial banking, told CoinDesk that it will be convenient in the future if customers can access eTradeConnect via banks’ own platforms rather than “a standalone portal.”

A spokesperson from the HKMA said in an email response that while the modification is still in the planning phase, the agency envisions bank customers eventually connecting to eTradeConnect through banks’ e-banking systems, open APIs or web user interfaces.

Similar competitive concerns among banks are why Ping An built eTradeFinance using zero-knowledge proofs, a technology that allows someone to prove that they have knowledge of a secret without revealing the secret itself.

After all, just as banks are naturally unwilling to let their customers go to the other side of the street, they are equally wary of disclosing their customers’ information to their competitors on a shared ledger.

“No banks would want to entirely share the information. That’s also why there is always a lot of talks about blockchain, but very few in actual practice,” said Lu, who joined Ping An in July 2016 from IBM, where he was one of the creators of the Hyperledger Fabric blockchain.

Echoing that point, HSBC’s Kroeker said that “data privacy/encryption is a key consideration during any trade finance platform design, as banks and corporates do not want their competitive trade data shared unnecessarily.”

He added: “Technologies like zero-knowledge proof are very appealing as it allows these validations to occur without sharing commercially sensitive data.”

In fact, Lu claims that zero-knowledge proofs are the only way to make any blockchain trade platform to come to fruition.

“My thinking and vision for enterprise blockchain wasn’t entirely clear when I was at IBM, but now I believe the zero-knowledge proof model is the only way out for consortium blockchains,” he said.

That’s because in Lu’s view the model balances the goals of using a distributed ledger to boost efficiency with letting banks maintain their business secrets.

When a customer submits information to a bank, the bank has absolute control, Lu said, yet when that information is sent out for cross-checking, it’s all encrypted, and no other parties will be able to see the information inside.

For instance, he explained, if a customer has a $10 million purchase order and goes to, say, Standard Chartered to borrow $5 million, the bank will verify the information and then grant the request.

Now, if this hypothetical customer goes to HSBC to borrow another $7 million, Standard Chartered won’t share the customer’s exact information with HSBC. Instead, HSBC will run the customized zero-knowledge proof algorithm to get a simple result of “true” or “false.”

“In this case, the result will be ‘false’ because the total amount goes above the total collateral already,” Lu said, adding that’s all that HSBC needs to know.

Yet because of the zero-proof knowledge algorithm, neither Ping An nor the banks will have a clear idea of the size or volume of transactions handled by others on the network.

“If you ask me about transaction volume, I honestly don’t know. Ping An is not able to and [would] not dare to get access to this information,” Lu said. “That’s because each node encrypts information with their own private keys.”

The more, the merrier

With eTradeFinance now launched and handling live transactions, another key question for the network is how many customers will opt in and how big these clients will be.

To help create a network effect, earlier this month the HKMA announced a plan to link eTradeFinance with We.trade, the European trade finance blockchain built by IBM on Hyperledger Fabric that went live in July.

Both Kroeker and Lu said the technical integration work is progressing steadily but declined to share more details on the timeline.

However, technology may be the last thing Lu feels concerned about.

Rather, to make full use of cross-border blockchain trade platforms, Lu said the key is to onboard clients with scale.

“First of all, one single financial product must exist in both networks. And clients on the two platforms need to be sufficiently large,” he said, adding:

“Technology now is not really a challenge. But for a buyer in Europe, it better have a large partner based in Asia. Otherwise, it’s just better off finding a seller within the same region.”

However, Kroeker said HSBC is taking its time to make sure the technology and product can work smoothly before widely marketing the solution.

He added that in the past several weeks, HSBC concluded two live transactions for Hong Kong clients – one for houseware retailer Pricerite, the other with global manufacturer Mainetti.

“The platform is definitely being used. But in terms of wide commercialization, are we rolling this out to 100,000 clients right now? Not yet.” Kroeker said. “That’s something we want to make sure we are taking feedback on board from these corporate clients and use that to prove this solution.”

Ping An’s move into blockchain is also one example of how China’s largest insurer is making efforts to sell fintech services to overseas institutions.

Established in the 1980s as one of the first institutions in China owned by both the private and public sectors, Ping An has grown into the world’s largest insurance company by assets, according to Forbes’ 2018 Global 2000 list, followed by AXA and Allianz.

As internet companies in China such as Alibaba and JD.com have moved into financial services with insurance and financing offerings, Ping An launched OneConnect, aiming to sell technology services, including blockchain infrastructure.

A report from the Financial Times this year said the fintech subsidiary was even eyeing an initial public offering in Hong Kong to raise $2 billion.

Lu said OneConnect is now planning to launch a similar blockchain trade finance platform in mainland China for a consortium of small and medium-size banks early next year. He concluded:

“By using OneConnect’s technology, we want to create our own ecosystem.”