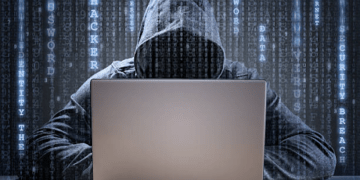 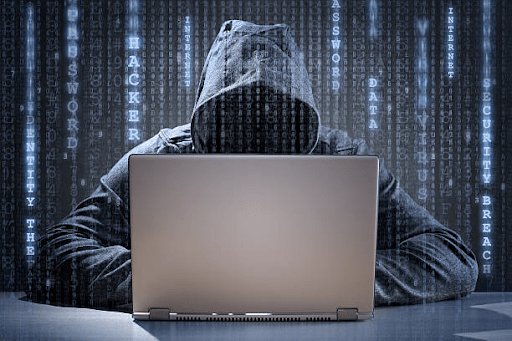 In today’s digital world, the cryptocurrency market is developing into one of the most advanced financial ecosystems. As of press time, the total market capitalization is $2.7 trillion, with Bitcoin and Ethereum occupying the top two places. While these two digital assets are the industry’s standard bearers, other growing segments such as Decentralized Finance (DeFi) are progressively attracting additional funding.

According to DeFi Llama statistics, the total value locked (TVL) in DeFi protocols is currently $267 billion, up from less than $1 billion at the start of 2020. However, it is not all roses for this emerging sector; DeFi applications have sparked an increase in malicious attacks, accounting for more than 50% of cryptocurrency intrusions in 2020 and 2021. According to Cipher Trace’s most recent report, DeFi hacks totaled $361 million in the first half of 2021.

Thus, what are some of the methods by which malicious attackers target victims? These rogue players employ a variety of strategies to drain funds from decentralized apps (DApps) and naive cryptocurrency investors. However, the most common ones have been identity theft, application bug exploits, and network attacks.

DApps are intended to function as decentralized ecosystems that enable entrepreneurs and developers to create decentralized financial services and applications. These applications are powered by smart contracts, which function as a mediator, carrying out transactions or activities in accordance with pre-coded conditions/instructions.

Despite the value proposition of smart contracts, subsequent advancements have identified vulnerabilities in several of these infrastructures. The following section of the article discusses how attackers are leveraging DApps to obtain access to users’ cash or pooled liquidity in established DeFi protocols.

With the crypto ecosystem still in its infancy, unscrupulous attackers have discovered an advantage in identity theft. Typically, attackers distribute malware in order to fool DApp users and compromise their identities. They are spread via the internet, including through phishing emails that trick users into clicking on harmful links.

Malicious attackers have previously hard-forked legitimate networks, diverting users to their counterfeit protocols in order to obtain addresses and passwords. This type of hostile attack has been dubbed identity theft.

Notably, some sophisticated malware, such as Glupteba, updates itself using the Bitcoin blockchain. This malware spreads via scripts, allowing attackers to gain access to sensitive information such as user names, passwords, saved cookies, and browser history.

As previously said, smart contracts are not as secure as the majority of people believe. These blockchain development infrastructures are created by developers, who occasionally overlook existing bugs; malicious attackers, on the other hand, are constantly on the lookout for such possibilities to defraud investors.

For example, the Poly Network attack, which resulted in the theft of around $600 million in money, was caused by improper handling of access privileges in the platform’s two basic smart contracts: EthCrossChainManager and EthCrossChainData.

While the Poly Network compromise is the most significant DeFi hack to date, other protocols have also faced security risks as a result of insecure smart contract infrastructures. For example, Compound recently came to a crossroads when a token distribution problem caused in the erroneous allocation of $70 million to $80 million worth of COMP tokens to the wrong users.

Another security danger to DApps are network attacks, which occur most frequently when smart contracts are badly designed. Unlike the Bitcoin Proof-of-Work (PoW) blockchain, the majority of DApps use the Proof-of-Stake (PoS) consensus, which implies that malevolent attackers do not need a 51 percent attack to take control of the network. Rather than that, they can hack the smart contracts and transfer the pooled funds to external wallets.

Cream Finance, one of the Ethereum-based lending protocols, is a victim to DeFi network assaults. In October, the protocol was breached, resulting in the loss of $130 million in money. According to a follow-up to the hack, the attackers used weaknesses in Cream’s lending protocol to conduct a flash loan transaction.

In an ideal world, flash loan attacks would involve market manipulation to depress the value of borrowed assets, allowing attackers to repurchase the tokens at a discounted price and repay the debt.

While the DeFi exploits cost investors money, they also resulted in the development of local solutions that lower the likelihood of occurrence. On this front, innovative solutions such as decentralized digital identity wallets enable DApp developers and users to engage with DeFi in a simple and secure manner.

DApp users can connect with DeFi protocols while safeguarding their addresses and private keys in Safle’s vault using Safle’s decentralized blockchain identity wallet. Furthermore, the platform includes a technology stack that enables developers to incorporate the Safle wallet into their DApps. Cryptocurrency users that exploit this ecosystem can conduct business without fear of their identities being compromised.

Concerning smart contract exploitations, the greatest defense is to develop robust and tested DApps. Today, the majority of DApps projects that are launched do not pass rigorous audits prior to launch. As a result of this carelessness, popular protocols such as Poly Network and Cream Finance have been exploited. Having said that, it is never too late to change the narrative; DeFi stakeholders can strengthen the market’s security by implementing appropriate audits and incentives such as bug bounties to address the fundamental issues.

As more individuals become aware of the possibilities of crypto assets, the market will almost certainly rise in size over the next few years. As a result, existing market participants should pay increased attention to security concerns. On the one side, innovators must create more robust DApps, while DApp consumers must conduct additional due diligence before engaging with any DeFi protocol.

Both parties’ workloads have been lowered as a result of solutions such as decentralized digital identities. Secure digital identities will be critical in promoting the growth of DApps and the broader crypto ecosystem.