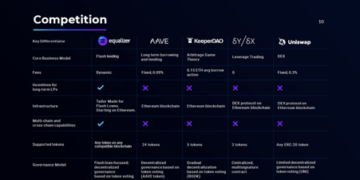 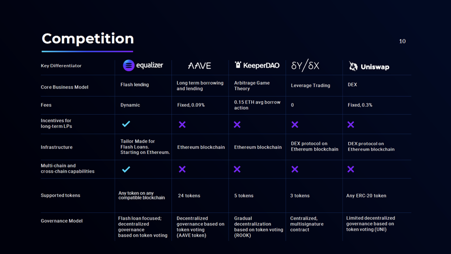 The explosive development of the decentralized environment has resulted in the boom of a few of its main industries that caters to the financial element of interactions and rivalry between the digital and traditional markets. The DeFi marketplace has evolved to offer a plethora of financial instruments because of its users in simplifying conventional counterparts, and provides a ton of opportunities for generating income at comparatively low risks with high yields. Together with the general capitalization of the DeFi market attaining a value of over $100 billion, the prospects for the further advancement appear bright.

One of the unique and compulsory instruments on offer on the DeFi marketplace are flash loans which are becoming a direct opposition to the main products of conventional financial institutions. The reason is mainly, because digital asset backed flash loans overcome the main challenges of credit and loans — the chance of loaner default option and illiquidity — both of which often result in obligation infraction.

Flash loans have been developed to reduce both risks by providing credit lines for a single transaction in almost infinite volumes for short amounts of time with the only condition being the return of the full amount of the loan. In the decentralized environment, the smart contracts of the inherent blockchain infrastructure guarantee the immutability and fulfillment of the trade. Lending platforms typically act as intermediaries for the parties of their flash loans and guarantee repayment with arbitrageurs behaving as the balancers.

The issue currently impeding the evolution of the flash loans market to its full potential is the abundance and incompleteness of financing platforms, which confuses users. Most market players offer flash loans as part of the general service with no tailored instruments that would make them wholesome providers.

One of the most prominent decentralized lending platforms now working on the market is AAVE, which launched its first mainnet since ETHlend in 2017 — the first financing protocol in DeFi space. AAVE operates on the ETH blockchain and contains a fixed interest rate with assistance for only 24 assets.

Another participant is KeeperDAO — an internet liquidity supplier protocol. Flash loans behave as a secondary service on KeeperDAO with only 5 supported resources, though users can gain from a fairly large interest rate of 6.7% for ETH, for instance.

DYDX is another decentralized market that now supports endless, margin and spot trading, as well as borrowing and lending. The platform operates on the ETH blockchain and permits users to exchange on a peer reviewed foundation with all participants behaving as part of an international loan pool.

Being secondary providers in Uniswap, flash loans have been dubbed as Flash Swaps and can be made with almost any ERC-20 exemptions in a fixed transaction cost of 0.3%.

Though still under development, the only real service on the DeFi marketplace so far that is focused solely on flash loans is Equalizer — an multi-chain  based platform, which lets users use tokens on any blockchain in unlimited volumes. Including dynamic, market-based fees, Equalizer is the only platform that provides incentives for long-term liquidity providers by providing them with benefits dependent on the length of provision of funds, thus ensuring that the access to liquidity.

Considering that on-chain governance is an integral part of decentralization by awarding token holders the ability to affect fluctuations in the machine in question, Equalizer, AAVE, and KeeperDao are relying upon such a version to allow their users to tune the platforms and create more profit, eventually increasing the evaluation of their native platform tokens. In stark contrast, DYDX and Uniswap restrict the influence of token holders to one degree or another, essentially deviating in the virtues of true decentralization.

Many DeFi platforms offer some forms of flash loans as part of the overall product offering, however, none of them are truly tailor-made for this a highly-demanded sector of the decentralized market. Given that the immense demand for alternative credit facilities which can compete with the unprofitable terms of banks, platforms such as Equalizer may start gaining popularity upon launch as DeFi business users palpate the advantages of these all-round and profitable services.

Disclaimer: This guide is provided for informational purposes only. It’s not provided or intended to be utilized as legal, tax, investment, financial, or other advice.