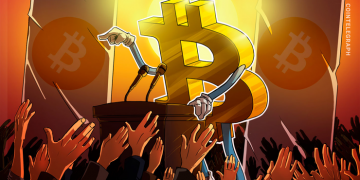 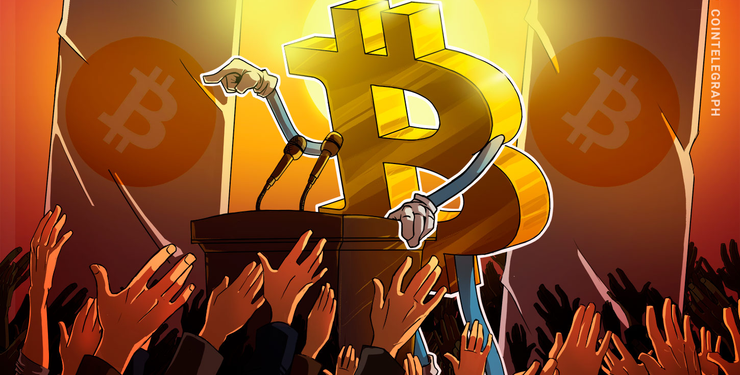 VeriBlock, which uses its own ‘Proof-of-Proof’ protocol to validate blockchains using Bitcoin’s computing power, launched its mainnet implementation in March.

The service allows miners to compete for block rewards on altcoin blockchains, while tapping into Bitcoin’s superior levels of security due to the computing power sustaining its Proof-of-Work algorithm.

The roughly one-quarter figure signalled by VeriBlock this weekend equates to around 68,000 transactions.

Veriblock had previously generated higher proportions of Bitcoin traffic. According to statistics from monitoring resource and wallet provider Blockchain, however, the more recent figures appeared to coincide with a sharp spike in the average block size on the Bitcoin blockchain.

For July 13 and 14, the average block size suddenly jumped from around 1 megabyte to over 3 megabytes — by far the highest average in Bitcoin’s history.

While the data is not repeated across other monitoring resources, VeriBlock will likely fuel existing speculation its activities overload the Bitcoin network with transactions, which are not genuine.

The company has refuted that idea, its website still hosting comments from educator Andreas Antonopoulos from January, when he discussed VeriBlock and the issue of “spam” transactions.

Despite the block size increasing, however, Bitcoin’s fee market appeared little changed in recent days. Getting a transaction processed within six blocks cost 7 satoshis per byte on July 13, and 8 per byte the following day, data from Bitcoinfees.info reports.

During Bitcoin’s three-month bull market beginning April 1, the network conversely saw periods of heightened fees, these coinciding with upticks in BTC/USD as it moved from around $4,000 towards highs of $13,800.