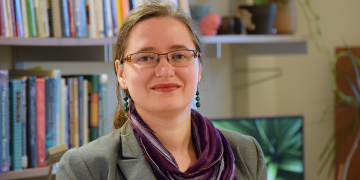 What Is a Cryptocurrency? We Need Clearer Definitions

What Is a Cryptocurrency? We Need Clearer Definitions 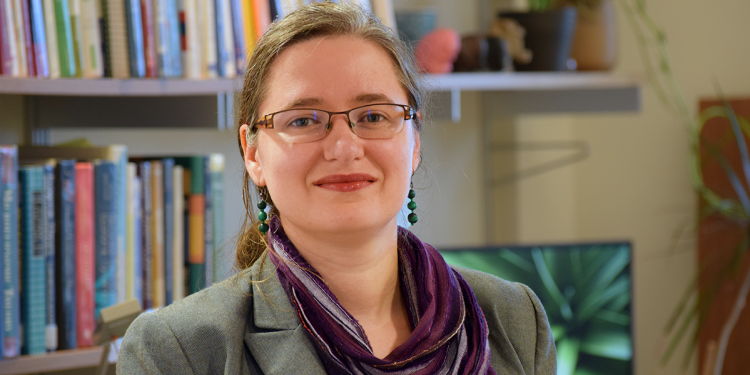 This post is part of CoinDesk’s 2019 Year in Review, a collection of 100 op-eds, interviews and takes on the state of blockchain and the world. Dr Gina C Pieters is an Assistant Instructional Professor in the Department of Economics at the University of Chicago, and a Research Fellow at the Cambridge Centre for Alternative Finance at the University of Cambridge. She has been researching cryptocurrencies since 2015.

There is an unresolved debate over how to define decentralization in a distributed ledger system, even though decentralization of peer-to-peer payments was the motivating factor for bitcoin. Personally I like an approach that defines it as the absence of a named party participants must engage with. Think of it this way: “Can someone in North Korea use it if they wanted to” (that is, a permisson-less system, like bitcoin) and: “Could China prevent me from using it?” (a permissioned system, like Libra).

Libra’s Calibra wallet will only allow users who provide government ID to obtain Libra account numbers wallets, which appears to be how the project will satisfy AML/KYC requirements. The system plans to use a permissioned blockchain, and it is currently unclear which, if any, proof system it will use. Therefore, while Libra incorporates blockchain, it does not strictly require it as it is not fully decentralized: remove the blockchain and the project could find a way to continue substantially unaltered in its function. Despite this, the most descriptive, agreed-upon label we would apply is to call Libra “a cryptocurrency on a permissioned blockchain”.

This muddy language around cryptocurrency matters. In 2019 we began to see a serious investigation of cryptocurrencies from major, established, politically-connected entities instead of the pure marketing stunts from earlier years (compare the Libra project with Long Island Iced Tea). The regulatory hearings for Libra highlighted that the crypto-community urgently needs to provide linguistic guidance about whether we should allow projects that could fundamentally continue without decentralization to be referred to as a cryptocurrency. This moves further than the permissioned/permissionless blockchains distinction. It raises questions about the decentralization of proof, funding, and maintenance systems as well.

Linguistically, we need to distinguish between projects originating from centralized entities that use blockchain for either marketing or optimality, and projects that fundamentally require that any participant can avoid any named agent in the system. Without this distinction, 2019 showed us that projects like Libra and projects like bitcoin will be cast as comparable “cryptocurrencies” even though they are fundamentally different. In addition to projects like Libra, this matter is brought into focus by the potential rise of Central Bank Digital Currencies (CBDC).

Central banks began to experiment with blockchain tech as early as 2015, leading to breathless accounts that they would soon begin issuing cryptocurrencies. These early experiments were not cryptocurrency projects at all: central banks were testing the use of blockchain (or DLT) as part of a potential upgrade to the legacy payment rails involved in wholesale banking (which moves large amounts of funds between a few, known parties). The most well-known project here is Bank of Canada’s Project Jasper, though Hong Kong, Russia, South Africa, and Bank of England are also experimenting in this sphere. So far, these projects have either concluded that DLT technology is not a good fit, or they have significantly scaled back the use of DLT.

Ironically, a surveillance-focused CBDC could be the thing that defeats bitcoin as ‘dissident tech’

But some central banks have now begun projects that may issue digital payment tokens. The earliest project, the Venezuelan Petro, is of questionable legitimacy given the fractured government support for it. The next generation includes more credible projects, including ones from the Bahamas (Project Sand Dollar), China (Digital Yuan), Sweden (e-krona), and Uruguay (e-Peso). Central bankers are uniform in referencing these projects as “Central Bank Digital Currencies” (CBDC) and not as cryptocurrencies (or statecoins) for a very specific reason.

The Central Bank consensus is that decentralization is not a desirable property in a CBDC as it could aid tax avoidance and enable criminal payment systems. Therefore, while they recognize digital money may be an improvement over physical money, a central bank designed digital currency will not resemble a decentralized cryptocurrency. Planned CBDCs are not bitcoin-but-issued-by-the-government. They are more like credit-cards-but-issued-by-the-government, where your transactions can be tracked, examined and linked to your taxpayer-identity.

A CBDC project does not need to be decentralized to differentiate itself from current central bank policies in the manner that some desire. A monetary policy with negative interest rates would “simply” require disallowing all alternative money forms. Savings accounts at central banks do not require a digital payment token at all. A CBDC is not a requirement for a multinational currency (the Euro is a multinational currency, and the US dollar is accepted in transactions globally). If the intention is government surveillance coupling taxpayer ID with transactions, a decentralized CBDC that allows anyone to join without permission or barriers would never be installed. Ironically, a surveillance-focused CBDC could be the thing that defeats bitcoin as “dissident tech,” as it could make it impossible to buy-in or cash-out of the system undetected.

The main difference between Libra and bitcoin is that one is centralized while the other is not. The main difference between Libra and a CBDC is that one is a digital transaction token issued by a private company, while the other is issued by a government. There are powerful arguments on all sides as to which project type represents the best (or worst) type of digital money. What we need to realize going into 2020 is that those debates were not the debates legislators and regulators were having in 2019 when discussing Libra. To them, Libra and bitcoin are both cryptocurrencies because we have not provided more precise, differentiating language. At the moment, it appears that this lack of distinction will continue unabated in 2020, when various governments begin to test – and perhaps even issue – the next generation of CBDCs.