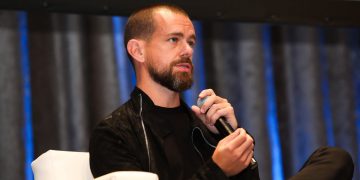 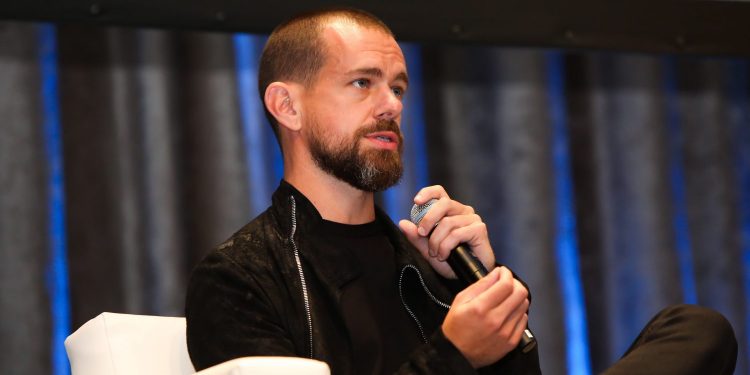 As anger has grown over the power wielded by internet gatekeepers such as Facebook and Twitter, many blockchain advocates argue we could fix social media if it were built on decentralized, consensus-based networks instead of corporate-centralized platforms.

Some developers, such as those behind decentralized social media platform Steemit and the cryptocurrency-driven journalism solution Civil, have even started putting these ideas into practice.

Developers will still need to resolve thorny problems of privacy, identity and inefficiency if these new networks are to prove successful. Nonetheless, the principles behind the technology offer a framework for redesigning a broken system. This framework focuses the reform effort on the worthwhile goal of having more of the value generated by the content and data traveling over these networks accrue to those who produce it and less so to gatekeeping platforms such as Facebook or Twitter.

But to get there, we need to understand the nature of the problem. And, right now, there’s a huge misunderstanding across society, one that’s captured in this one tweet, from none other than Twitter itself:

I hate to break it to those who don’t yet get it, but we are most definitely paying for Twitter. In fact, collectively, you could say we are giving up the proverbial farm.

To be fair, the tweet was a winking reference to an in-joke among Twitter users, who often write “I can’t believe this website is free” when conversations on the social media platform take entertainingly absurd turns. (The anachronistic use of the word “website” to describe a service most users access as a mobile app is deliberate.)

But the fact that so many assume they are getting their yuks for free speaks volumes about how the information behemoths of the Internet 2.0 era have hoodwinked society – and perhaps their own staff, who may well believe they are giving away a “free” product. The good news is that the tweet gives us a nice way to home in on the nature of the problem.

To me, it’s encapsulated in the idea that, in 21st-century digital capitalism, data is a commodity, the most important commodity of all. We’re paying Twitter and other social media platforms with our data.

The gold of our era

Data is the gold of our era. It’s the core source of value in the online “attention economy,” and it’s bought and sold in a Wild West-like context.

Data is trafficked, ruthlessly acquired, repackaged and bundled, and then sold for other sources of value: audience, services, and fiat currency. And there’s precious little transparency on how that entire enterprise is being managed.

This data-commodity economy is dominated by opaque, centralized aggregators of information, most prominently by a group sometimes referred to as GAFA – Google, Amazon, Facebook, Apple – but also involves smaller firms such as Uber, Netflix and, of course, Twitter.

These entities play a role not dissimilar to those other big centralized gatekeepers of valuable information: banks. And it’s in that context that the disruptive, disintermediating precepts of blockchain technology apply to this problem.

The goal is to decentralize the trade in this data-commodity, to create alternative models of trust that don’t require as much centralized coordination so that data’s value can be harnessed by those who create it. The objective for the user, to paraphrase a bitcoin saying, is to “be your own (data) bank.”

Other crypto analogies are useful, too. This data-commodity is “mined” into existence and we do the mining. We do so in two ways: 1) by producing and distributing content (posting and sharing tweets and status updates, uploading photos and videos, making comments) and 2) by allocating to certain content and ads a particular amount of a scarce, very important resource: our attention.

But we’re more like the indentured, impoverished miners of Bolivia than wealthy bitcoin miners with giant ASIC farms. After mining this data-commodity, we hand it over to the centralized data aggregators, no questions asked. They are the ones who extract all the downstream value from it by analyzing, bundling and repackaging all this information as a product to sell to their advertising clients, their real customers. (Remember, to paraphrase a famous quip from cybersecurity guru Bruce Schneier, “You, user, are not Facebook’s customer, you are Facebook’s product.)

Sure, the platforms do give something in return for this commodity: they deliver back to us a selection of content generated over their network and they create a sense of community and connectedness among all those sharing it. But the high valuation of companies like Facebook, Amazon and Google tells you that the price at which they “buy” this commodity is very low, a price defined by the amount of control they permit over the composition of the content and community experience.

We create our own follower and friend networks in the belief we are creating a desired stream of content and a tailored community for ourselves. But, to varying degrees, the platforms’ algorithms make a mockery of that “free” choice. They choose our newsfeed designs on our behalf and in so doing define the echo chambers in which we increasingly spend our online lives.

In truth, for most of its existence, Twitter paid a higher price for our data-commodity than, the more stingy Facebook. Its newsfeed was less manipulated, more of a raw, straight-up chronological stream of tweets, whereas Facebook went out of its way to create what its ad sales team called “like audiences.”

Facebook extracted users’ data to deliver a carefully selected mix of friends’ photos, corporate-promoted posts and sidebar ads to groups of people whose data trails had shown them to be highly likely to share that content with each other. These echo chambers, deliberately forged and explicitly marketed to advertisers, are the root cause of the “fake news” problem, more so than the fact that Russian operatives or Macedonian kids exploited them.

More recently, the disparity between Twitter and Facebook has narrowed as the former has manipulated its feed in response to shareholder demands and the latter has pared back its algorithmic distortions in response to the public outcry of data abuses. Regardless, these models persist for all social media platforms and most online applications in the attention economy.  “What is your data play?” is a standard venture capital question to startups seeking investment.

The challenge, then, is to design an architecture that allows the producers of data – we, the users – to become less beholden to these centralized aggregators and create a more decentralized digital economy in which we can trust each other’s data and make better personal use of it. Having more say over what information is extracted, rather than just passively accepting the manipulated feeds and shopping tips of the social media platform, should, in theory, result in better economic and political decisions for all.

To be sure, the instinct toward centralizing information flows will persist, since centralization establishes efficiencies and network effects. Nonetheless, blockchain technology raises the potential for a system that logs cryptographic proofs of existence and data about the authorship of media content in distributed consensus-based ledgers. This, in theory, would enable trustworthy peer-to-peer transfers of that content without the intermediation of a gatekeeper.

From there, the hope is that this blockchain-like structure gives more bargaining power to the creators of information and fosters a more reasonable distribution of the data-commodity’s value. This would not necessarily manifest as direct dollar payments, but could enhance users’ ability to extract insights directly from their data.  The goal would be for users to have greater say in what information they read or view, and Facebook’s ad sales department less.

How information is curated on these more decentralized systems is still being figured out. Steemit and others are building cryptocurrency reward systems to incentivize story placement decisions that reflect the community, rather than advertiser interests. But they’re still figuring out how to get the reward and incentives system right, so that the interests of token-holding curators, who too often are solely interested in stories that support their favored cryptocurrency, are better aligned with those of readers.

There are also challenges regarding privacy and identity that will remain an obstacle to the development of real, decentralized social media solutions. How do you onboard real human beings and prevent bots from gaming the system without a centralized, permissioning authority?

Nonetheless, a blockchain mindset that identifies how, in the current model, centralized gatekeepers unevenly extract valuable information from our activity, is a powerful place to start when thinking about reform.

At the very least that mindset can help you call social media giants’ bluff when they tell you, even with a hint of irony, that their services are “free.”