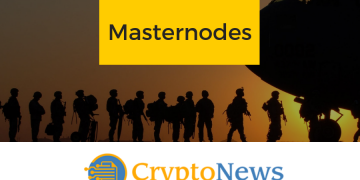 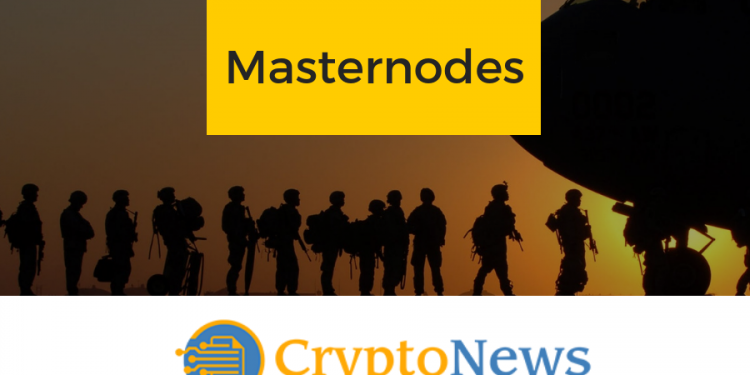 Masternodes, a term you have undoubtedly heard in recent crypto times, and if you haven’t this is the perfect article to read. We will discuss everything there is to know about these types of networks which enable a frictionless blockchain experience.

The blockchain as a distributed, decentralized implementation needs a method to create a proof of transactions. This provides immutability to the ledger, and in the case of Bitcoin, it’s proof of work, which means that it is being actively mined by hardware.

That’s not the only way to create a state of consensus and generate the proof necessary. Alternative algorithms include POS, dPOS, and Masternodes. There are two things to point out here. First, there are more algorithms out there, because people keep on experimenting. Two, some would argue that masternodes are simply POS blockchain nodes.

And that’s where I would disagree, but not completely because that’s what they are in essence. There is more to the story though, and we will get to that in just a second. First, we will talk about what masternodes are and their role in securing blockchain networks.

Let’s assume that you are familiar with how Bitcoin Core operates, and we can start from there. In the Bitcoin ecosystem, nodes do not have any responsibility to verify transactions or are being rewarded for their role in maintaining the security of the ledger.

They are being used by large holders, companies, mining establishments, service provides to make sure they have their own copy of the ledger and access to increased capabilities to write on the blockchain.

In masternode blockchains, nodes play a direct role in the processing of transactions, which are approved through the deposit, i.e. proof of stake that the node owner has invested in the node. They also have a full copy, and they run 24/7, but unlike Bitcoin’s nodes, they receive rewards for their role in securing the blockchain.

Depending on the implementation of the particular blockchain, masternodes can:

There are more examples, and I’m not an expert on these nodes. Actually, I am in the process of setting up one, so I am using that experience to write this article.

What do I mean setup?

Well, this is the difference that I wanted to illustrate. Unlike regular POS blockchains where you lock up your coins to facilitate security and transactions, there is more to the story with masternodes, and that comes with the fact that you need to set it up.

You need an actual server to be able to run masternodes, a server that is connected 24/7 to the internet and can hold the entire blockchain. It’s not that complicated if you are tech savvy, but if not, you are going to need help.

Once I am finished with that process I will create a short guide for the coin that I am creating a node for, but I am trying to find the best solution because there is an investment involved in the process.

Keep in mind that developers are continually innovating, and the best resource to learn more about a particular masternode implementation is through the official website itself.

In order to run a masternode you need a few things:

Getting it started is not a problem, because teams provide incredible amounts of support during your process of starting up a node on their blockchain. It’s going to make you some money (probably, not investment advice), but it’s going to help them secure the network better. It’s a win-win, which is why once you have decided, developers will provide you with all necessary information about the process.

There are risks associated with the process of running any particular masternode coin. But these are relatively easily mitigated by making a great choice. How do you make a great choice? Just like with anything else with life, find something that consistently presents high quality.

There is a Medium article I recommend having a look at in the last section of this article. Find masternode coins that are more about the long-term than the ROI of investments. Especially with POS coins like these, you don’t want to have too high of an ROI, because that means the number of coins entering the ecosystem will continually increase, causing inflationary price movements on the rankings.

Treat it like an ICO, and get serious about evaluating the levels of potential that these projects have. Take the time to learn about them, and invest energy before you invest money. Great projects care about the community, and they care about the long-term, and if these elements are missing, then just get out. You don’t want to be stuck into a money-making machine that is only making money for the shady developers running the show.

Want to learn more about Masternodes?

Here are the best articles we found on the topic:

What do you think about Masternodes?

Are they secure, or are they a liability? Do you use them or you would never touch the things? We would like to know your thoughts and opinions, so do let us know in the comments below. Do you want to see more masternode content?

I know a lot of questions, but come on, the comment box is just down there. ????