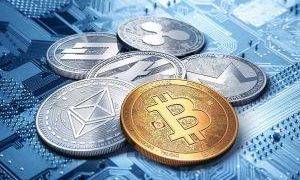 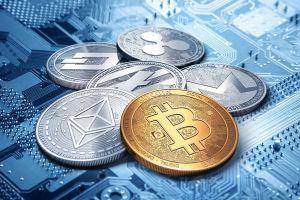 The crypto market has not been negligent in the last 12 strange months, and this is shown by the fact that the market capitalization in this area increased from some USD 750 billion to a whopping USD 2.5 trillion between January and May of this year alone, thus demonstrating almost 350% growth.
During this period, the value of most of the cryptos in the top 25 increased dramatically, with Bitcoin topping its 65,000 USD run.

Having said that, as things stand, Bitcoin traded a little more than US$38,000 and showed tear-to-date gains of only 30 percent.
On the flip side, the leading altcoin Ethereum, today’s ecosystem with most of DeFi apps, has been able to make a profit of over 230 percent since the beginning of the year.
And that’s after the recent fall in the altcoin value in the last 30 days of a little under 40%.

It is therefore reasonable for us to keep on gaining mainstream traction as we move into an increasingly decentralized future.
For example, the dominance index (DI) of Bitcoin since the early years of 2021 has continuously declined, from more than 70% in January to its current levels of around 45%. This represents a significant increase in the overall monetary market share of the digital asset sector.

Will Bitcoin remain just a store of value?

Over the years, Bitcoin has apparently assumed the role of the digital asset universe’s reserve currency.
If you looked at Satoshi Nakamoto’s original whitepaper over the past decade, however, the asset was primarily designed to be a payment system, which enable users to make transactions between peers easier and more seamless.

And while variants such as Dash and Bitcoin Cash all tried to tweak and optimize the original Bitcoin protocol, the currency was generally not very efficient in terms of facilitating small payments.
On the other hand, Ethereum and its native intelligent contracting capabilities have generally been acknowledged and adopted, opening up an apparently new world of possibilities not only for money transfer, but for banking, real estate, supply chain management and many much more.

In the context of the altcoins, stablecoins, tokenized assets, governance tokens, exchange tokens, NFTs are just a number of the offers available to the masses as a consequence of an altcoin boom by Ben Caselin, Chief of Research and Strategy for AAX cryptocurrency exchange said:

“With the emergence of Decentralized Finance (DeFi) we’ve seen unprecedented democratization of financial innovation and capability as well as increased access to the otherwise opaque world of money.”

AAX is the world’s first crypto-monetary exchange powered by the Millennium Exchange of LSEG Technology, which as some might recall is the same matching engine that the London Stock Exchange is able to operate.
AAX also enables users to purchase 50 cryptocurrency pairs and to use Bitcoin, Ether and major DeFi tokens on a perpetual future basis — with a leverage option of 100x.

Technological innovation will drive the alt-market

Elon Musk recently backtracked his company’s decision to allow customers to buy various Tesla cars with Bitcoin, which led to discussions around the adverse impact of the currency on the environment.
Bitcoin, for example, now uses the consensus algorithm ‘Power of Work’ that calls for customers to have a great deal of specialized hardware for computational work which is complicated and energy-intensive.

Many altcoins, including ETH, DOT and ADA, on the other hand, use alternative mechanisms such as Proof-of-Stake (PS), DPoS, Proof of Importance, etc. to minimize energy consumption and boost incentives.
Consequently, some experts believe that Bitcoin can start gliding into relative obscurity as more and more altcoin based innovation continues to emerge from this space.

However, it is important to recognize why BTC has been able, even after so many years, to survive and preserve its dominance.
The currency was the undisputed first mover in this region, and only a handful of early-age altcoins could claim the same thing — as is shown by the fact that its current investment is around 800 million US dollars.