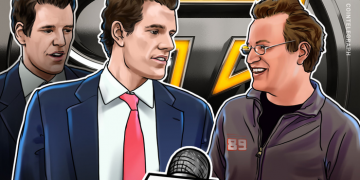 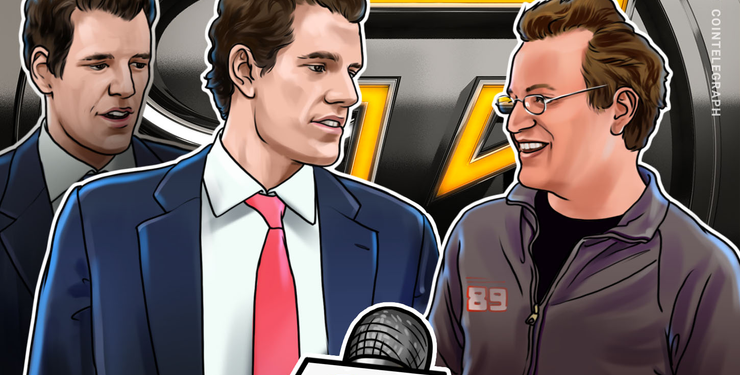 This interview has been edited and condensed.

I don’t normally write the stories here at Cointelegraph — I edit them. But when I got an email from a publicist asking if I was interested in speaking with Ben Mezrich, author of “Bitcoin Billionaires,” and oh, did I want the Winklevoss twins to jump in on the interview? I couldn’t say no.

Ben had the lucky chance — as he calls it — to already have an in with Cameron and Tyler Winklevoss, as they had been portrayed as the Men of Harvard, slightly “bad” guys in his book that ended up being adapted into the film “The Social Network.” As Ben tells it, after he saw The New York Times article about their bitcoin billionaire success, a book about their crypto escapades that picks up right as their court battle with Mark Zuckerberg ends seemed to be an obvious next step.

The timing for the publication of “Bitcoin Billionaires: A True Story of Genius, Betrayal, and Redemption” couldn’t be better or more ironic. The book spends almost 300 pages detailing the journey of how the Winklevoss twins have succeeded in crypto to the extent that it has wiped away the stain left by their battle over Facebook’s origin with Zuckerberg, only to then coincide with Facebook’s public unveiling of the Libra cryptocurrency project.

However, Ben’s latest book involving both the Winklevii and Zuckerberg — which was reviewed by Cointelegraph this week — reverses his previous narrative of Zuckerberg as the good guy and the Winklevii as his opponents. But, as Ben explained, it wasn’t the writing that got it initially wrong, but the reality that changed the perspective over time. He told me:

And Zuckerberg’s cryptocurrency project has not been without criticism from those that align themselves more with the cypherpunks of the 1990s than with the Winklevii of today. That is an important distinction that Ben makes in his book, shown through the twins’ highly skeptical attitudes toward the manic bitcoin passion of Charlie Shrem and the slightly dangerous libertarianism of Roger Ver. The twins, albeit very sincere bitcoin believers, could kind of care less about the sacredness of decentralization.

When asking Tyler Winklevoss about Facebook’s Libra project, I expected potential scorn, derision, maybe even thinly veiled frustration about losing some crypto limelight to a past adversary. But Tyler surprised me with his even keel:

“So, first off, I think that Facebook being in this space is huge validation for it.”

I waited for him to continue.

“I think that if you are a company in 2019, and you don’t have a crypto story or game plan, it’s kind of crazy. And if you don’t, I’m sure you’re scrambling around to get one.

“Ultimately we think it’s great validation in the space. I’ve read some of the technical papers and whatnot and it looks like it is evolving and they’re still figuring out exactly all the details. But there’s a plan to start, in some way move it to more decentralization.

“It’s still really early, and this is all one big experiment and iteration on the evolution of money. And I think it’s really healthy that people are trying different approaches. It’s not necessarily one size fits all.

On the straight and narrow

The main takeaway from Tyler’s comments throughout our entire conversation was regulation, regulation, regulation. Once you got past the “bitcoin does gold better than gold” standard line, he was ready to explain his somewhat unusual (what I would dub “hodler traditionalist”) views.

For starters, he was not onboard with my joking idea about selling “Bitcoin Billionaires” for actual bitcoin:

“Maybe you shouldn’t buy it with bitcoin, because if you believe in bitcoin, it is going to only appreciate in value.”

According to Tyler, there is no reason for bitcoin to even become a medium of exchange or a “good currency” because of “how regulation is allowing that to play out, at least in the U.S.”

And now that he’s started speaking about regulation, he gets on a roll that is nevertheless persuasive despite being well-practiced.

“We need to speak the same language as the largest funds and players in capital markets today,” Tyler said over the phone, in as far a cry from a cypherpunk as can be found. “I think it’s just really important to do things the right way. And that may not be the fastest way in the short term, but I think in the long term, it’s the one that ultimately will bring in the right audience and be the pay-off in the long term. Our sort of motto is: Look, we’re just trying to be the fastest tortoise in the race. And we’re playing on a game board that not everybody else is necessarily playing on.”

“We’re playing chess and, you know, there is checkers, but that’s a different game and we’re not playing that.”

When asked about the upcoming Bakkt physically-backed bitcoin futures testing, as well as the seemingly never-ending process of the United States Securities and Exchange Commission’s decision on a bitcoin exchange-traded fund (ETF), Tyler continued to play the role of the tortoise in it for the long haul:

“I think that people, traders, investors and consumers will ultimately want to see the same opportunities to express opinions through financial instruments in bitcoin as they see in gold. But because we live in the world of cryptocurrency, there may be much more, too. There may be decentralized exchanges and more decentralized finance applications that you can’t create outside of the crypto world.

“I think you’d expect to see what exists in gold but also much more in crypto.”

This attitude toward regulation, compliance and doing things the “right way” came from the twins’ negative experience with now defunct crypto exchange Mt. Gox, when they first started acquiring their bitcoin hoard. This is the main goal of the Winklevoss’ cryptocurrency exchange, the New York-based Gemini — to do everything the opposite of Mt. Gox.

And according to Tyler, doing things the right way is really the only way:

“We don’t believe in hacking our way around regulation or being too clever about it. We are transparent. We go into the front door, not the side door or in the back door. And that’s been our strategy and our DNA from day one.”

According to Ben, Tyler’s passion for crypto and its regulation, obvious even over the phone on a group call, was one of the things that got him interested in the story and kept him interested:

In fact, Ben — who admits that he knew almost nothing about cryptocurrency before he began this book — has become a bitcoin evangelist in a way that is abundantly clear both in the book and in our conversation. He tells me this on the phone with the conviction of a true believer:

“There’s no question that cryptocurrency is the future. That’s the way we’re going. It’s the science fiction money that we read about. And now, suddenly, it’s going to be adopted by everybody in the next couple of years.”

And Ben underlines that he was inspired specifically by the Winklevii, compliant, “right path” way:

“If you just talked to the Charlie Shrems and the Rogers of the world, it would frighten me, because it comes from this kind of crazy libertarian, anarchistic, Silk Road world, which is not something that would appeal to me, necessarily. But the way I think the twins came at it was completely different, and that perspective really won me over and it just made sense.

Ben’s goal in writing the book may have originally been to chase down his next interesting story, but his conversation with me sounds a lot like the Winklevoss twins in their early circuits of the crypto conferences — back when bitcoin was still in its nascency.

And according to Ben, people have seemed to take his past books to heart — as he noted that “Accidental Billionaires” and “The Social Network” actually launched many people toward Silicon Valley — which could spread the bitcoin gospel even further.

He told me confidently:

“I think this will launch all these people into this whole new world of money, and not just that, but the whole philosophy behind it.”

Tyler agreed with Ben’s assessment of the previous past influence of his books, noting that “if someone invested behind what Ben Mezrich found interesting, they’d probably have done pretty well.”

Ben concurred, joking that a hedge fund had once even wanted to rent him an office so that it could pick his brain as he searched for a new book topic. He didn’t end up taking the fund up on its offer.

Ben did add the caveat that “I foolishly never invest in anything I write about for a couple of reasons,” stating that he didn’t want to own bitcoin while also promoting his book, a highly moral stance for someone that also admitted he didn’t buy Facebook stock when writing “Accidental Billionaires” almost a decade ago.

I was curious how the characters that were portrayed in a more negative light viewed the book. After all, Ben had obviously gotten close to them in order to write a book that detailed all the various ways that BitInstant’s Charlie Shrem could be sweaty.

His answer also surprised me:

“I think Charlie’s a complicated character. So, even though you saw him warts and all, it really was his story. So, he liked it.”

Tyler chimed in to say, very seriously, that he and his brother Cameron are “cordial with everyone in the book. I’m friends with Eric [Vorhees], cordial with Roger [Ver], we’ve exchanged emails, obviously it’s no secret that we’ve had our differences with Charlie, but that’s all behind us now.” He went on, saying:

“I feel like we’re all cordial and respectful of the different viewpoints and opinions we have and paths we’ve taken.

“Everybody’s entitled to their different views and philosophies, and you know we don’t always have to agree, but we can respectfully have our differences.”

When I noted that his speech was more respectful than what goes on in crypto Twitter, he replied “someone’s got to set the example, you know?”

As for speaking with Zuckerberg for the second iteration of the Facebook-turned-crypto saga, Ben seemed doubtful, but as he said, “you never know, you never know.”

“I like to think of it like ‘The Avengers.’ You have ‘The Avengers’ as ‘The Social Network,’ and like the Marvel Universe, we go off into each character. Now, we’re talking about Wolverine, and next we’ll be talking about whatever. But it is really an incredible story that just keeps on going. And it’s definitely not finished yet.”