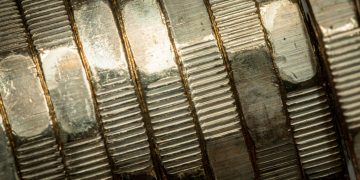 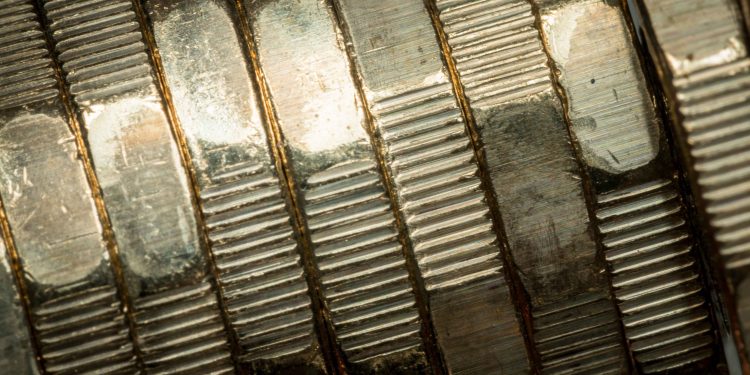 Evan Kuo is the co-founder of Ampleforth (formerly Fragments), a startup developing advanced technological solutions for the stablecoin market, and the former founder of on-demand delivery startup Pythagoras Pizza.

In 1976, the Nobel Laureate Friedrich Hayek authored an important and prescient paper titled: “The Denationalization of Money.” Bitcoin proponents love and often quote this work as the rationale for why Bitcoin needs to exist, but Hayek’s original vision looks less like today’s Bitcoin, and more like today’s stablecoins.

Hayek painted the picture of a world where money, like banking, is denationalized. He believed that unlike law and language, money had not been allowed to evolve due to sovereign influences suppressing competition. And he predicted that if governments were to allow for it, currencies would naturally evolve to compete on increased stability, eventually eliminating the devaluing effects of inflation altogether.

A bold claim, paired with a simple two-pronged approach:

At the time of publication, it would have been nearly impossible to imagine either of these taking place. Still, Hayek wrote with the hope that some perfect storm of circumstances might someday change the game, even going so far as to suggest that the change may need to happen without government support.

Today, more than 40 years after the idea’s inception, we see the denationalization of money unfolding organically in the form of digital assets.

The Bitcoin protocol can certainly be described as a “sly roundabout way” of introducing an independent money that no central authority can stop. In a stroke of genius, Bitcoin’s creators traded technical scalability for social scalability. And in this sense, Bitcoin’s approach toward decentralized money was precisely the workaround that Hayek asked for.

However, this is where the analogy connecting Bitcoin with Hayek’s fictional currency the ducat, diverges.

Hayek explicitly opposed the notion of a fixed supply currency. Possessing full knowledge of the economic history behind scarce metals and fresh off the collapse of Bretton Woods, he knew with certainty that fixed supply was not the solution he sought.

Like scarce metals, fixed supply assets cannot respond to changes in demand, and will never achieve the sustainable level of near-term price stability needed to compete with central bank money.

Fortunately, with Bitcoin’s ideals amplified by extreme speculative interest, the protocol succeeded in drawing a critical mass of attention to the inefficiencies of existing monetary and banking systems. And more importantly, Bitcoin instilled in a new generation of innovators the idea that money is something we can change.

The vast majority of stablecoins we see today are fiat collateralized. Back in 2015, unbanked cryptocurrency exchanges needed a fiat pegged token so that traders could move in and out of speculative positions on floating price assets like Bitcoin. Many of these exchanges existed outside the U.S. and lacked direct banking relationships.

Tether rose to fill this pressing need, collateralizing 1 U.S. dollar for every USDT token minted and forming partnerships with all major exchanges. This meant that whether you were a U.S. citizen or not, you could buy and sell a tokenized representation of the US dollar without restriction. Effectively, Tether opened up the free trade of sovereign money, unlocking the first phase of Hayek’s vision – what he referred to as the “practical” approach to denationalization.

Since then, much has been written about Tether’s controversy and it suffices to say that its near monopoly, lack of transparency, and reliance on centralized banking partners predisposed it to allegations of abuse.

Hayek believed that opening the free trade of money would lift the floor of monetary quality by placing pressure on weak currencies to execute monetary policy at the level of their best sovereign peers. For example, if citizens of Venezuela or Argentina could simply buy in and out of U.S. dollars, there would be no excuse for extended abuses of monetary policy.

And it’s fitting that in an environment of open competition, the digital asset market’s natural tendency was to diversify away from Tether through competition. Recently, a number of fiat collateralized alternatives have entered the stage including Paxos Standard Token (PAX), Gemini Dollar (GUSD), TrueUsd (TUSD) and Circle’s CENTRE consortium (USD-C).

These new entrants are rapidly gaining traction, pressuring older players to improve their accounting practices and provide redeemability, or face extinction. Hayek could not have asked for a better demonstration of the benefits of open competition.

However, because these tokens are centralized their use is highly permissioned. At any point a banking partner can be restricted, forcing tokens to evade authority or cease operation. Moreover, the continued adoption of fiat collateralized stablecoins simply advances the dominance of existing sovereign currencies.

Hayek also believed that the introduction of independent money would raise the ceiling of monetary quality by placing pressure on the best sovereign currencies to be more responsible with their issuance and regulation of supply. He called this second phase the “generalized” approach to denationalization.

Considerably fewer stablecoins can be called independent monies. Nevertheless, this is where we place the greatest hope for the future of digital assets; and correspondingly, this is where the most venture capital has been committed. MakerDao, Reserve, Ampleforth, and until recently, Basis, are examples of stablecoin projects that fall into this category.

Like Bitcoin, algorithmic stablecoins are designed to be market driven, resistant to regulation, and have strictly enforced supply policies that cannot be compelled by central authorities to change. With one major difference. Unlike Bitcoin they will be functional units of account, allowing them to compete with sovereign currencies on stability.

Lacking military and government mandates, independent monies can only exist if they are better at issuing and regulating supply than existing alternatives. If an independent cryptocurrency was fairer or more stable than existing currencies, knowledge of this would pressure even the best central banks to execute better monetary policy.

Today, some 60 percent of foreign reserves are already held in U.S. dollars or Treasury bonds; and many people including the IMF consider it a social responsibility to avoid creating a world that is excessively reliant on the US dollar for global economic affairs.

Moreover, the interconnectedness of today’s global economy along with the United States’ obligation to engage in cycles of continuous deficit spending (eg: The Triffin Dilemma) contributes to increasingly large boom and bust cycles that quickly translate domestic economic crises into global economic crises.

It is the dissatisfaction with these cycles, the realization that such cycles can grind the banking system of even the world’s most powerful economy to a halt, that spurred the cryptocurrency movement during the last global financial crisis. As a community, we shouldn’t lose sight of this vision.

For this reason, expect that in the near-term fiat collateralized stablecoins will continue to dominate the base trading pair use case on exchanges, and their success will be driven by enterprise relationships with regulators and exchanges, rather than community or ideology.

To gain adoption, digitally native stablecoins will need incentives beyond base trading pair utility to compensate for their increased risks. These incentives could be greater stability, a better philosophical underpinning, or game-theoretic incentives aligned with network growth.

Ultimately, only algorithmic stablecoins can further the underlying mission of digital currencies and emerge as true alternatives to government money. Hayek would have asked for not one, but many concurrent denationalized currencies to prove their worth.