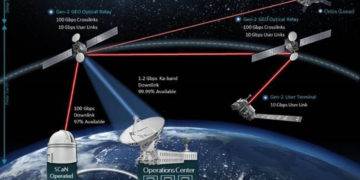 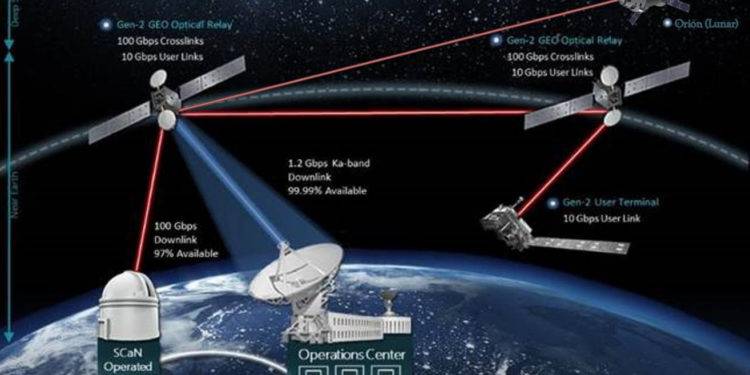 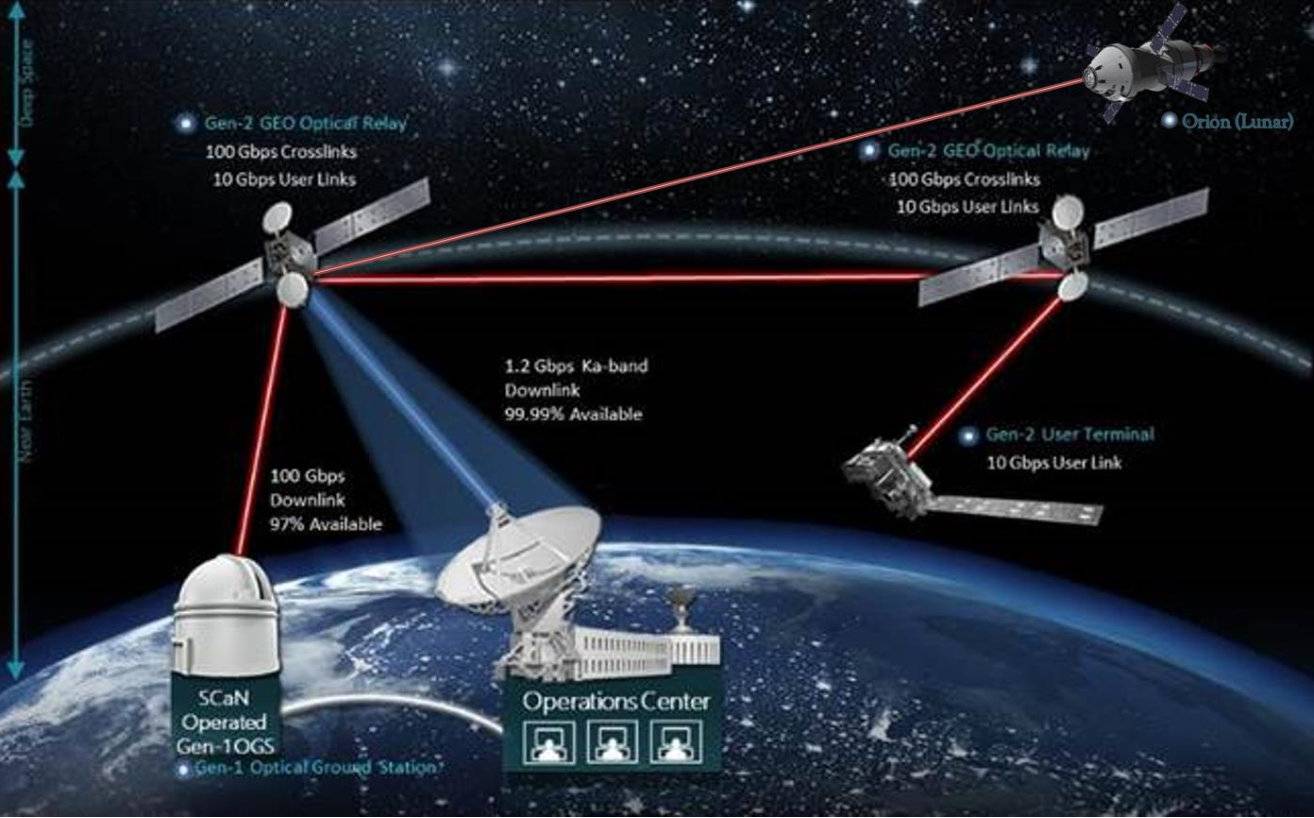 Timothy C. May, an engineer, author, and cypherpunk, predicted a social and economic revolution fueled by technological advancements such as high-speed networks, personal computers, and satellites in his 1988 book, “Crypto Anarchist Manifesto.” Jeff Garzik, a former Bitcoin core developer now employed by SpaceChain, and others are currently pursuing this vision. Several private cryptocurrency companies, including SpaceChain, Blockstream, and Cryptosat, have launched satellites into orbit successfully, demonstrating their ability to provide blockchain validation, multisignature wallets, and verifiable time-delay functions from space.

As the global cryptocurrency market continues to grow in value, the stakes for blockchain protocols continue to rise in importance. To remain secure, blockchains must be able to withstand setbacks in terms of technical security as well as regulatory compliance. According to some, blockchain validator nodes in space could act as a “backup” for those who believe governments could jeopardize visions of unstoppable, decentralized networks on Earth.

According to a statement from Gavriel Garzik, co-founder and chief technology officer of SpaceChain, putting the network’s nodes in space, where they are inaccessible to humans, “can help address security and vulnerability issues associated with centralized land-based servers on Earth, as well as open the door to new and exciting opportunities for other commercial use cases.”

The blockchain will continue to exist in space even if all nodes fail, are compromised or shut down, or if the internet is turned off in some way, enhancing the technology’s “immutability” and “censorship-resistant” characteristics, as well as its resistance to censorship and government intervention. Garzik asserts that “space is now available to anyone who desires it.”

More businesses are figuring out more cost-effective ways to deliver blockchain-based “space-as-a-service,” which is gaining traction. According to the co-founders of Cryptosat, the company is ostensibly “interested in leveraging the properties of space to benefit blockchain technology.” Cryptosat’s headquarters are in San Francisco. Their goal is to accomplish this by utilizing preassembled components to launch miniature, coffee mug-sized “cubesat” satellites and simple on-ground infrastructure deployed on enterprise cloud-web providers to create a fully functional system that enables anyone to assemble, launch, and communicate with a satellite providing blockchain nodes in space.

According to NASA, the development of space infrastructure opens up a slew of new possibilities for decentralized infrastructure that is simple to assemble. Among the other applications SpaceChain and Cryptosat are investigating are randomness beacons and “verifiable delay functions” (VDFs). They are consistent sources of entropy and are required for the production of an unpredictable result. Beacons of unpredictability can be found in a wide variety of settings.

In cryptography, for example, it is necessary to use a random number generator to create key pairs in order to establish a trusted setup of key pairs. In the case of transactions or smart contract functions, VDFs are used to execute functions after a predetermined amount of time has passed. Along with being determined via satellite orbits around the Earth, these cryptographically signed timestamps can also be transmitted from space via satellites. CoinNewsDaily learned more about the technology during an interview with Gil Shotan, co-founder of Cryptosat, who describes the technology as “basically an unbreakable clock in space.” Enterprise clients such as digital asset management company Nexus Inc. and cryptocurrency exchange Biteeu can communicate with these through software interfaces, enabling the execution of secure in-orbit multisignature transactions.

There are no network interruptions or IP tracing because this network broadcasts the Bitcoin blockchain around the world 24 hours a day, seven days a week, providing connectivity for continuous access to the Bitcoin network and mitigating the risk of network interruptions or IP tracing. Anyone can view these blocks by connecting a small satellite antenna and USB receiver to their computer, ensuring that their node remains connected to the rest of the network.

It is not as difficult as one might believe to get your node into space.

The United States National Aeronautics and Space Administration, commonly abbreviated as NASA, reserves space on each mission for commercial launches.
SpaceChain, founded in 2017, was the first blockchain company to partner with NASA, based on a proposal that emphasized the security use case for blockchains.
SpaceChain launched its first payload (cargo) to the International Space Station in 2019 with the goal of providing “open and neutral” space infrastructure.
In 2021, it will launch its fourth node, an Ethereum validator, from NASA’s Kennedy Space Center aboard a SpaceX Falcon 9 rocket.
This enables not only a global but also a universal record of blockchain transactions, enhancing the functionality of decentralized applications in space.

While one might believe that the ISS or a satellite is an obvious target for anyone who despises blockchain technology, SpaceChain is convinced of the opposite.

“As long as it is not killed, it will recover,” states Zee Zheng, SpaceChain’s co-founder and CEO.
Due to the fact that space infrastructure is freely and continuously monitored by every space agency in the stratosphere, it has enhanced security properties.
While this does not address the intractable problem of trust in hardware support chains, it does ensure that if a device is tampered with after launch, everyone will know.
Indeed, governments are very interested in promoting blockchain technology in space.

Who pays in space?

Placing blockchains in space is frequently framed as an ideological pursuit of decentralization, keeping blockchains out of the reach of untrustworthy intermediaries.
Nonetheless, space infrastructure is a highly sought-after service that is frequently funded publicly and provided privately.
Space’s commercial case is quite compelling.

SpaceChain received approximately $60,000 in funding from the European Space Agency for its first payload, and 440,000 British pounds ($605,000) in funding from Enterprise Singapore and Innovate UK to develop “Decentralized Satellite Infrastructure” (DSI), a real-time blockchain-operated network of satellites.

According to some, such as SpaceChain’s Garzik, “space is not about the dollars,” as the need for terrestrial money has been surpassed by decentralized currencies.
Others, such as Cryptosat and Loft Orbital, are motivated by financial considerations.
Loft Orbital transports payloads for businesses, most recently the Ethereum node for SpaceChain, and raised $13 million in a Series A funding round in 2019.
“There is still money to be made on this planet,” Cryptosat co-founder Yonatan Winetraub tells CoinNewsDaily.

Governance and politics in space

Space governance could take a number of different forms. Space is well-known as a battleground for geopolitical competition, exacerbated by the entanglement of state and private actors’ interests.

SpaceChain’s constellation of low-Earth-orbit satellites is operated by multiple parties in multiple jurisdictions. It is intended to establish a collaborative model in which infrastructure is non-territorial and open to commercial and government users. While SpaceChain hopes that its infrastructure facilitates collaboration between numerous countries and commercial entities, establishing resilient, decentralized networks can also introduce new vulnerabilities.

Commercial interests combined with competing players may result in the emergence of new rivalries, not the least of which is Elon Musk’s plan to place “literal Dogecoin on the literal moon.”
Musk declared on Twitter in June that “a new space race has begun!” in response to crypto exchange Bitmex’s pledge to beat Dogecoin to the moon with Bitcoin.

Garzik expressed gratitude to Musk and SpaceX on Twitter, but noted that SpaceChain “has ALREADY ridden your rockets to space,” adding that SpaceChain “is an integrator, and gladly accepts BTC ETH SPC and now DOGE” for customer space missions.

Perhaps the future decentralized autonomous organization, or DAO, will be located in outer space?

According to some, the future may involve the coexistence of multiple species on multiple planets, with multiple digital currencies.
Whether blockchain capabilities enhance space exploration or space exploration enhances blockchain on Earth, Winetraub tells CoinNewsDaily that “space is closer to us than you think.”