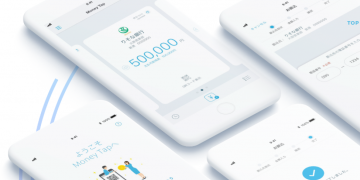 Announced by Ripple in a tweet Thursday, the remittance app is the product of SBI Ripple Asia and several participating banks.

A new website for the product has also been launched indicating that the app is able to make bank-to-bank money transfers in “real time” using Ripple’s xCurrent payments product.

Available for both iOS and Android devices, the product allows users to send funds to others using just their telephone numbers or a QR code, and utilizes devices biometric log-in features, such as fingerprint scanning, for security.

Currently, the service is only able to remit between accounts held at the three participating Japanese banks – SBI Sumishin Net Bank, Suruga Bank and Resona Bank. Payments are being offered at no charge and can be sent in Japanese yen or foreign currencies, says the website.

SBI Ripple Asia announced in late September that it had completed registration with Japan’s Ministry of Finance as a licensed agent for handling electronic payments – the final hurdle before launching the app.

In the Asian nation, any entity wanting to handle electronic payments using banking APIs must now be registered with local finance bureaus – a rule that came into effect from June 1.

While based on blockchain, xCurrent does not by default utilize the Ripple-linked crypto token XRP.

However, at the U.S. firm’s Swell event over the last few days, it was revealed that several payments firms are now commercially using Ripple’s third payments solution, xRapid, which does use the open-source token.