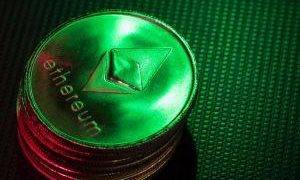 One of the most heated debates in Ethereum (ETH) right now is about the amount of value that miners can extract (MEV).
This is the practice of miners ordering (or being paid to order) transactions in such a way that they can either front-run or back-run trades made by other users in the cryptocurrency market.

MEV can theoretically be observed on the Bitcoin (BTC) network, but it is considered to be inherently less vulnerable to MEV than other blockchains, such as Ethereum, because it is a decentralized network.

What is the extent of the MEV problem?
Well, depending on which camp you speak with, the consensus is divided.
Researchers have stated that it is a serious problem that will be difficult to resolve, while more Ethereum-aligned figures have stated that its effects are moderate and solvable in nature.

Defining the scale of the problem

Prof. Ari Juels, who co-authored the 2019 paper with colleagues at Cornell (and at Carnegie Mellon, University of Illinois Urbana-Champaign and ETH Zürich) said: “My academic group coined the term in a paper studying its rise among bots in 2019. Back then, we documented substantial and, in some cases, profoundly disturbing effects, including many users begging arbitrageurs online to return money they couldn’t afford to lose.”

“MEV is very real and is causing real harm. It directly increases the overhead users experience when using DeFi, as a portion of their gains is diverted to bot armies,” he told Cryptonews.com.

Lex Sokolin is the head economist and global fintech co-head at ConsenSys, a blockchain company that focuses on the Ethereum blockchain technology and said: “The ordering of transactions in a block is prioritized by miners to accept the highest gas bid first. Arbitrageurs are willing to pay very high prices to prioritize their transaction up this queue, and can get into a bidding war that becomes a negative externality on everyone.”

Not everyone agrees, however, that MEV is a truly serious problem in the sense that it significantly impairs the body’s normal functioning, as defined above, or that it causes significant discomfort.

“With regards to ‘harm,’ I’d say it’s pretty moderate now: most MEV extraction is in the form of front-running trades on DEXes to profit off the slippage, and we’re already seeing some solutions (e.g. Taichi Network, MistX, etc.) which mitigate this. There are more harmful types of MEV, but I’m not aware of instances being seen on the Ethereum network,” said Ethereum developer Tim Beiko.

According to Flashbots (an organization founded to steer MEV in a more positive direction), miners have profited from MEV to date to the tune of USD 109 million.
However, because this is MEV conducted through Flashbots’ platform, the total profit from all MEV activities is likely to be greater.

Can MEV be good?

The existence of Flashbots indicates that MEV can be used for good, at least among miners and certain other parties.
Additionally, there appears to be some consensus that MEV exists on a spectrum, with some examples being worse than others.

“MEV is a catch-all term that encompasses arbitrage that is both ‘good’ and ‘bad’ in terms of resulting transaction costs for users. Distinguishing good from bad MEV is an open research problem,” said Ari Juels.

It has been suggested by some in the industry that MEV is a likely response to Ethereum Improvement Proposal (EIP)-1559, which will reduce miner revenue from fees and force mining pools and companies to seek alternative revenue streams.
However, for Ittay Eyal, the revenue loss from EIP-1559 is insufficient to justify the purchase of MEV.

He told CoinNewsDaily: “EIP-1559 is expected to reduce miner revenue by burning a significant portion of user paid transaction fees. I don’t believe the solution to that is taking the users’ money in a more sneaky way. Instead, rewards (minting) can be increased, or the number of miners would reduce, reducing Ethereum’s ecological footprint.”

People working within Ethereum, on the other hand, have suggested that MEV is pretty much a “fact of life,” and that the problem isn’t so much about eliminating it completely as it is about finding ways to reconcile it with the larger goals of Ethereum.

“T​​he debate about MEV is how to create transaction pools that pay miners a fair value for opting out of the gas auction for a different mechanism. It’s not that miners are doing something coercive or uneconomic, these are issues already endemic to the protocol and capital markets in general,” said Lex Sokolin.

He went on to say that MEV does not pose a threat in the traditional sense of finding the most optimal and equitable mechanisms for ordering blocks.

“It’s just about designing superior gas price discovery mechanisms and making transaction ordering on mainnet Ethereum a topic that is well understood. I think the work Flashbots is doing has been very helpful for the ecosystem, and will persist beyond EIP-1559 and the switch to staking,” he said.

A similar point of view is expressed by Tim Beiko, who believes that we must find ways to coexist with MEV while also minimizing its worst effects.

Beiko said: “I think my view on MEV is that we should try and minimize it, but we should then try and democratize access for capturing whatever MEV is left. This seems like the ‘least worst’ option, with the alternative being that MEV extraction is only possible by the largest miners/block producers.”

The question is, to what extent is it possible to reduce MEV?

He acknowledges that MEV is a difficult concept and phenomenon to grasp, and that there is still much work to be done before the industry can come up with a meaningful solution or mitigation strategy.

Tim Beiko agrees with this assessment, stating once more that we should probably aim to reduce rather than eliminate MEV in our communities and workplaces.

“There are several application-level solutions to dealing with MEV, but it’s a complex problem and each ‘type’ of MEV basically needs to be solved independently. I’m not an expert on the various approaches, but as I understand it, there is no single ‘silver bullet’ to get rid of MEV,” he said.

@angela_walch Are people actually ok with frontrunning? Mostly I hear them say it’s a problem to be solved, but not… https://t.co/1dKCgDeFAg

2/ an interesting conclusion from this is that a chain that eliminates miner discretion (via shielded mempool for e… https://t.co/nYk9UcsEK3

Ultimately, MEV is a security metric, not a fairness metric