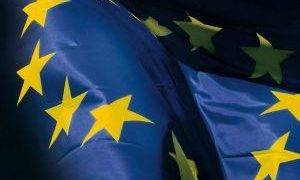 The European Commission (EC) announced “an ambitious package” of legislative proposals that would decrease the privacy of the EU citizens if implemented.

“Today’s measures greatly enhance the existing EU framework by taking into account new and emerging challenges linked to technological innovation. These include virtual currencies, more integrated financial flows in the Single Market and the global nature of terrorist organizations,” the EC said.

According to them, these proposals will help to create a “much more consistent framework to ease compliance for operators subject to AML/CFT [anti-money laundering/combating the financing of terrorism] rules, especially for those active cross-border.”

Key, crypto-related points from the proposals:

In the proposal for a revised regulation on transfers of funds, the EC is discussing “custodian wallet providers,” noting that ‘wallet address’ means an account number which custody is ensured by a cryptoasset service provider or a an alphanumeric code for a wallet on a blockchain.

The EC also added that the new proposals on the AML/CFT framework “will align the scope” of the Anti-Money Laundering Directive.

It already applies to exchanges of cryptoassets for money – with the activities covered by the European Commission’s proposed Regulation on Markets in Crypto Assets (MiCA) and notably exchanges of one cryptoasset for another.

“These proposed rules ban the possibility to open or use an anonymous cryptoasset account,” they added.

The Commission is also proposing an obligation for all cryptoasset service providers involved in cryptoasset transfers to collect and make accessible data on the originators and beneficiaries of the transfers of virtual or crypto assets they operate.

Meanwhile, the EC also claims that these proposals have been designed to find “the right balance between addressing these threats and complying with international standards while not creating excessive regulatory burden on the industry.”

“On the contrary, these proposals will help the EU crypto-asset industry develop, as it will benefit from an updated, harmonized legal framework across the EU,” they said.

The legislative package will now be discussed by the European Parliament and Council. Also, the EC hopes that the new EU-level Anti-Money Laundering Authority (AMLA) should be operational in 2024. But it would start its work of direct supervision “slightly later, once the Directive has been transposed and the new regulatory framework starts to apply.” AMLA would be the central authority coordinating national authorities “to ensure the private sector correctly and consistently applies EU rules.”

““Money laundering poses a clear and present threat to citizens, democratic institutions, and the financial system. The scale of the problem cannot be underestimated and the loopholes that criminals can exploit need to be closed,” Mairead McGuinness, Commissioner responsible for financial services, financial stability and Capital Markets Union, was quoted as saying in the announcement.

like literally that the countries which used financial surveillance to steal billions of dollars from jews and othe… https://t.co/sp6bzUq69U