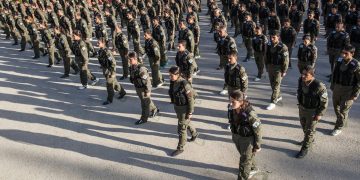 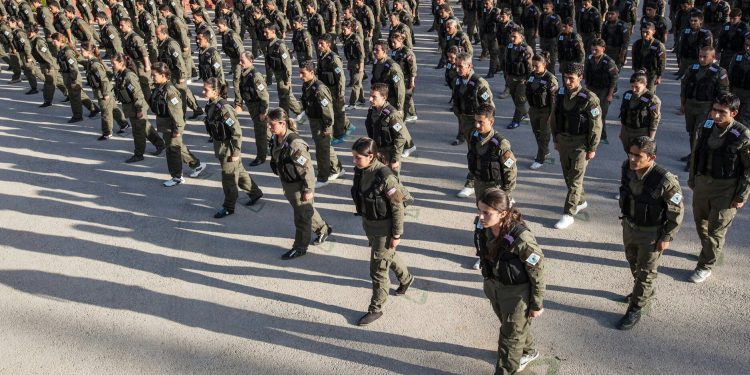 A region home to 4 million people in Northern Syria is looking to cryptocurrency as a way to overcome economic sanctions.

Rojava, also known as the Democratic Federation of Northern Syria, has spent the last six years at war for its territory, and now in fragile peacetime, the country is under economic sanctions from all sides – Turkey, Iran, Syria, Iraq. In the midst of this uncertainty, however, those backing the state are putting a new emphasis on monetary independence.

Because its primary currency is the Syrian lira, also the main currency of the Syrian state (and a principle enemy of Rojava), there’s a belief cryptocurrency could be an “alternative,” Erselan Serdem, a leader of the project’s technological development program, told CoinDesk.

Alongside a system of self-governing communes, Rojava plans to implement new technological academies, with a particular emphasis on cryptography and cryptocurrency, Serdem said. Assisting the change is Amir Taaki, an early bitcoin developer who fought in the Rojava revolution.

As detailed by CoinDesk, Taaki is in the process of setting up a European-based technological academy in Barcelona.

“[Rojava is] a revolutionary project that wants to build a new society based on anarchist principles, and that means law, defense, society and culture,” Taaki told CoinDesk.

The new academies follow the philosophy of Kurdish political theorist Abdullah Ocalan, who is promoting a form of governance called “Democratic confederalism.” Advocating for direct democracy, feminism and ecology, Serdem said that blockchain and cryptocurrency are crucial for achieving this vision.

And while achieving adoption for a cryptocurrency throughout the region is an ambitious project, Serdem believes Rojava’s experience in war has given it the ability to both organize effectively and to set a positive example for the world.

“We have to think deeply about the future of the new system, and how the people can arrange and manage resources democratically without any form of centralization,” Serdem continued, adding:

“We call our system a decentralized system of society.”

The push toward cryptocurrency is notable because, at the time of writing, Rojava’s economy is based purely on paper currencies, according to Taaki, who spent nearly two years in the country during wartime.

Taaki reports that, as a consequence of this, a large infrastructure has developed around the processing of paper currencies, with centers throughout the country dedicated solely to accounting. Combined with high inflation, this means that locals depend on large amounts of cash to secure trades.

Economic sanctions with neighboring countries are such that in order to send money outside the region, payments are also subject to high fees.

“The cost of making a transaction with Istanbul is currently 10 percent,” Taaki said, “We believe that with cryptocurrency we can make this 2 percent globally, not just with Istanbul.”

As such, Taaki said the first steps are to equip local currency exchanges with bitcoin and providing residents with wallet software that has been translated into local languages. Additionally, payment infrastructures such as bitcoin’s lightning network, or a custom payment network, could be deployed to make trade fast, cheap and secure, Taaki continued.

Research is also being conducted into solutions that don’t rely on the internet, such as cryptocurrency transmitted over radio, and paper-based currencies that are pegged to crypto.

“Not everybody has mobile phones, so we see research into paper currency as an important project,” Taaki said.

Yet, while work remains before cryptocurrency is actionable in the region, Taaki and Serdem emphasized that the steps are necessary to ensure Rojava’s autonomy from neighboring forces.

“We do not like to depend on the Syrian government money, which is state money, we want to trade our own cryptocurrency,” Serdem said.

Still, Serdem emphasized that an underlying analysis must be completed before cryptocurrency can be implemented, an analysis he believes will require intensive documentation of human population, geographical surveys and natural resources, such as oil, water and sunlight.

“It’s about resources,” Serdem said, “To create academies you need to have a resource, to make blockchain network we also need resources. We need to calculate all the resources and use it in the process.”

Underpinning Rojava’s new society is a system of cooperatives that each fulfill different functions within society.

For example, cooperatives that perform roles like healthcare, agriculture, media and the arts, are comprised of volunteers – maintaining a strong principle of non-coercion. Going forward, Taaki said the technological committee will help establish local cryptocurrencies to allow these cooperatives to engage in trade, as well as issuing financial instruments that can be used for fundraising.

“The cooperatives can trade with each other based on currencies that are pegged to a basket of goods, or just free floating in the market,” Taaki said.

Additionally, the technological committee has plans to use blockchain beyond its implications in finance as well.

For example, Serdem said that blockchain could be deployed as a new governance infrastructure that allows for distributed, democratic control and a high level of transparency.

“With technologies like blockchain we can have a system, like a network, between all the communes we’re going to create in the future,” Serdem said,

“With the base of the blockchain we can create a process of self administration. We can distribute all the roles in the society.”

Toward this, the technological committee will experiment with new forms of digital governance that fulfill Rojava’s democratic ideals.

For example, blockchain technologies could allow people to assert power over institutions, to establish smart contracts to formalize relationships and to oversee operations in a transparent manner.

“Rojava is a good opportunity to see how it works in practice,” Serdem said.

With these tools, Rojava wishes to set an example of democratic society throughout the Middle East and the world.

Crucially, Serdem emphasized that such change will be achieved not by violent measures, but by demonstrating to the world that another system is possible – one that operates in tandem with ecology, autonomy, and self-administration.

“We do not use the force to develop this idea, it’s about evolution,” Serdem said.

Such evolution resides on a subtle updating of old systems with new technologies, Serdem continued, that lends the movement a strength that former revolutions haven’t achieved.

Additionally, the project looks to attract allies throughout the world, “revolutionary hackers,” Serdem said, that can help the project realize itself.

“We know that there are many people with the expertise and with the philosophy. They know very well the current system doesn’t work. Globally, it doesn’t work,” Serdem continued.

In part, Taaki’s efforts in Europe to attract idealistic young programmers interested in putting ideas of decentralized, societal change into practice are related to this.

According to Serdem, Rojava represents the last opportunity for which such a revolution in possible – to overthrow the old system of globalization, capitalist exploitation, and a new form of consumer slavery.

“Rojava, this is for me, this is the last opportunity for humans,” Serdem told CoinDesk, concluding:

“We need to create this as an example. Rojava can be our first step of how we can be captain of our planet which is occupied by the old system.”