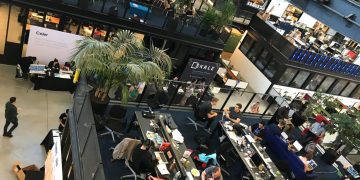 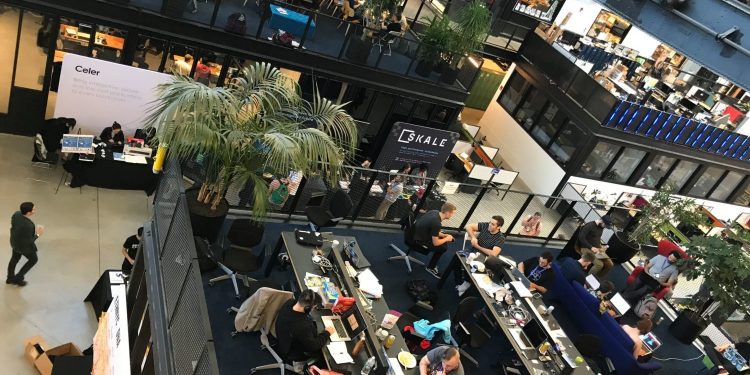 The ethereum movement, headed by flagship organizations like the Ethereum Foundation and the Brooklyn-based conglomerate ConsenSys, emerged from Blockchain Week 2019 with a common goal and a newfound sense of urgency.

“The only people left are those that want to be here and are working hard,” Ethereum Foundation consultant Eva Beylin said of the broader ethereum ecosystem. She spoke with CoinDesk at the ETH New York hackathon last weekend, where about 50 developers sat nearby coding and chatting with little fanfare.

Earlier in the week, the vibe was similar if certainly more flashy at the ConsenSys-organized Ethereal Summit in Brooklyn.

There, the Ethereum Foundation’s head of special projects, Virgil Griffith, told CoinDesk that relations with ConsenSys are getting “better,” despite lingering distrust between the nonprofit crowd and the for-profit venture headed by ethereum co-founder Joseph Lubin.

“We decided to outsource all the value-capture to ConsenSys,” Griffith said. “A lot of people in the foundation are wary of ConsenSys. But I think you can work with someone with a different view than you.”

Indeed, despite their divergent goals, the leaders of these two organizations arguably exert the most influence on ethereum’s development and usage. Based on CoinDesk’s conversations with 10 high-ranking people associated with ethereum’s top projects, this Blockchain Week may have been a turning point.

ConsenSys CMO Amanda Gutterman also told CoinDesk relations with the Ethereum Foundation are now better than ever, even as ConsenSys seeks to monetize some of the products and services the broader ecosystem relies on. This comes as the company emerges from a winter marked by layoffs and lingering doubts that its portfolio of startups can be spun out of the ConsenSys mothership.

“We can and should build a financial system that is more equitable and open,” Uniswap founder Hayden Adams told CoinDesk.

In stark contrast to the individualistic bitcoin ethos, the DeFi movement is explicitly focused on rebuilding the global financial system. Uniswap, which now holds more than $14.9 million worth of ether, was developed under the guidance of ethereum creator Vitalik Buterin and funded by a grant from the Ethereum Foundation before it raised venture capital in April 2019.

Still, Adams told CoinDesk there remain unanswered questions about whether Buterin’s cohort can “pull off” a functioning version of ethereum 2.0.

Meanwhile, ConsenSys alum and SpankChain CEO Ameen Soleimani, has emerged as a community organizer – announcing at Ethereal that his MolochDAO for funding ethereum infrastructure projects would be jointly funded by Lubin, Vitalik and a group of ConsenSys and Ethereum Foundation employees.

Soleimani told CoinDesk he hopes 2019 will be a time of collaboration.

“They have certainly guided us thus far and they seem well-positioned to make the best decisions.”

Based on interviews with numerous ethereum veterans across organizations, it appears that crucial decisions are on the horizon.

On May 10 at Ethereal, Ethereum Foundation executive director Aya Miyaguchi said the nonprofit plans to spend $30 million on ecosystem development this year.

One of the foundation’s main wallets shows that 2018 was a year of peak spending, with a balance worth $600 million in January 2018 plummeting to $67 million by January 2019. Even counting in ether, the foundation spent roughly 100,000 tokens from this primary wallet last year and only has 643,536 tokens left in it.

While Miyaguchi said at Ethereal that the nonprofit employs more than 100 freelance contractors, she later told CoinDesk there is not a “clear line” between the support structures offered to various teams. This applies to both freelance contracts and grants. Instead, she said the foundation makes decisions on a case-by-case basis by evaluating: “What are the most important things for us to support?”

According to former Ethereum Foundation employee Lane Rettig, who was laid off earlier this year and then became a controversial-yet-admired figure on Twitter, the foundation plans to cut staff to reduce its burn rate.

Griffith confirmed the Ethereum Foundation’s long-term plan, which is still under consideration, is to reduce its role in direct funding and governance by encouraging external community growth. However, no official plans for this – or staff cuts – have been made so far, Miyaguchi said.

“It’s not about winding down. It’s about shifting our role,” she told CoinDesk, describing the foundation’s new role as one of “coordination” between other players to help them build tools and use cases.

For the time being, the nonprofit doesn’t have any income model and mostly relies on reserves from the original ether token sale in 2014. As such, its future depends on establishing strong partnerships that can continue to work after grant funding tapers off.

Based on conversations with several sources, it appears the nonprofit’s priorities include developer projects such as MolochDAO, then industry collaborations with the likes of ConsenSys and Microsoft and finally partnerships with governmental agencies, most of which are still in the exploratory phase.

It remains to be seen which external organizations will commit significant resources to sustaining the ethereum network, and partnership-building certainly isn’t immune to infighting. An anonymous source told CoinDesk that Microsoft received complaints from Buterin about a perceived lack of focus on ethereum in the tech giant’s decentralized identity (DID) project, for example.

Buterin himself outlined some of the plans for making ethereum work at scale in a proposal published during Blockchain Week. Insiders tell CoinDesk a driving force behind the move for more coordination is a dawning realization: This may be the year the community finds champions to implement that vision or fails to scale entirely.