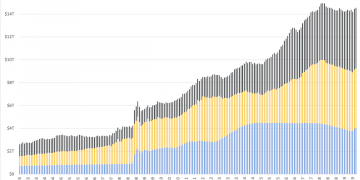 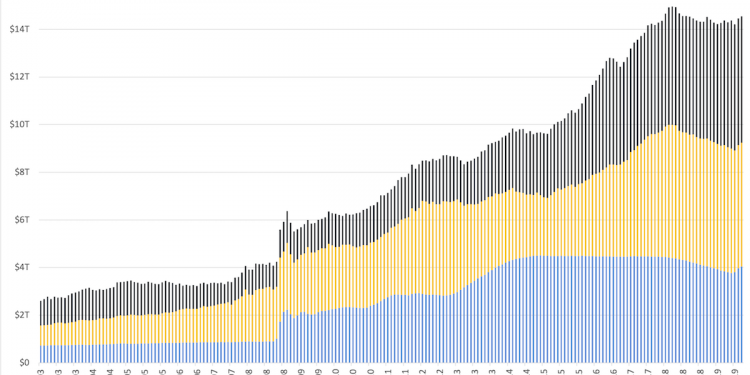 This post is part of CoinDesk’s 2019 Year in Review, a collection of 100 op-eds, interviews and takes on the state of blockchain and the world. Michael J. Casey is CoinDesk’s chief content officer. The views expressed here are his own.

Our social media-constrained attention spans make it hard to focus on anything lasting longer than 24 hours, let alone a decade.

So, we risk missing the big, secular trends that lead to the kinds of paradigm shifts Bridgewater Associates founder and co-chairman Ray Dalio speaks of. Once they’ve occurred, and the world you were used to suddenly disappears, it’s too late.

Thankfully, the Roman calendar periodically offers an excuse to sit back and reflect on longer time frames. We have one of those moments right now: the end of the 2010s.

For most capital market investors, the past 10 years are perhaps best described as the “decade of QE.” And they don’t mean a British monarch or an ocean liner.

Through a radical policy of “quantitative easing” introduced to counter the “zero lower bound” problem in interest rates, the central banks of the U.S., the euro zone, and Japan have added almost $10 trillion in assets to their balance sheets since the end of 2009.

Given that massive surfeit, nothing else mattered much to financial markets. Stocks, bonds and commodities moved in ever closer correlation to one another. Mostly they rose, though sometimes they fell, all in lock-step dependence on monetary policymakers administering the drug of QE.

There are many reasons to believe that this massive intervention has created a giant distortion.

One that gets attention is the fact that, at one point, $17 trillion of dollars in bonds traded at negative yields this year, meaning that investors had too much cash and were willing to pay “safe” creditors for the privilege of taking their money.

But there are other warning signs that the QE-fueled market runup is starkly out of line with the realities of the world. As Bank of America chief strategist Michael Harnett put it in a recent research report, “We enter the next decade with interest rates at 5,000-year lows, the largest asset bubble in history, a planet that is heating up, and a deflationary profile of debt, disruption, and demographics.”

So, while the decade of QE might seem like the ultimate expression of central bank power and influence, the next decade may produce the opposite: a reversal that reveals central bankers’ impotence. The fear is that monetary authorities have spent all their ammunition, leaving nothing for the next crisis.

That would mean a paradigm shift is coming. What would it look like?

A new class of investor that emerged this past decade believes it knows the answer. They’d call the past ten years the “decade of cryptocurrency,” and they’d have a strong case.

In the future, when we look back on the emergence of bitcoin, we may well conclude it was the most important financial development of our time. Like nothing else, it changed the way we think about money.

That said, I’m not convinced the post-QE era will be the bitcoin era.

Bitcoin’s daily transaction flow, usually in the low billions of dollars, pales in comparison to the trillions in fiat currencies are traded each day in foreign exchange markets. More likely than bitcoin becoming the new global monetary standard, I’d say, is that it becomes digital gold. In other words, that bitcoin will be to the digital era what gold was to the analog era: a safe-haven store of value that’s free from government interference.

Even so, to believe bitcoin is having no impact on the broader world of money is naïve. The biggest, most important developments in finance right now – namely, the digital currency aspirations of central banks such as the People’s Bank of China and the European Central Bank, as well as the Libra project launched by Facebook – trace a direct line to bitcoin and its crypto imitators.

Those fiat-backed prototypes are fundamentally different from decentralized cryptocurrencies in that their record-keeping and monetary policy features are centrally managed. Yet they still borrow heavily from the core breakthroughs that bitcoin established.

The protocols behind these new fiat-backed digital coins will, for example, create digital scarcity, meaning that, like cryptocurrencies, they can function as a de facto form of cash or bearer instrument. That’s quite different from the bank-issued IOUs of our current payments system. Also, they’ll essentially be programmable, which when combined with smart contracts and wallet-enabled internet-of-things (IoT) devices will transform the world’s commerce.

But the biggest, most politically important disruption will be to the dollar- and banking-led world of finance.

If digital fiat currencies become commonplace for payments, they’ll eventually remove banks for that core function of economic exchange, relegating them to longer-term lending functions. That will, in turn, mean that banks are no longer engaged by central banks as the core intermediaries for managing our monetary conditions.

Also, if coin-to-coin atomic swaps and smart contract-based escrow solutions are used in cross-border transactions, the rise of digital fiat might quickly spell the end of the dollar’s dominance of global trade, with profound implications for the United States.

The upshot of all this is that central banks will initially acquire even more direct control over monetary conditions. However, they will do so within a digitized environment in which no single currency enjoys global hegemonic dominance and in which users can more easily move in and out of state, private or decentralized currencies of their choosing. That increased currency competition should, in theory, impose a constraint on each sovereign’s capacity to debase their citizens’ money.

We face a paradigm shift, in other words.

When they come to write about this period, my guess is that historians will look upon the 2010s as the decade that set up that shift. Explaining it, they’ll point to two main developments: that QE exposed the limitations of the existing, bank-centric system and that cryptocurrencies emerged to posit an alternative model.