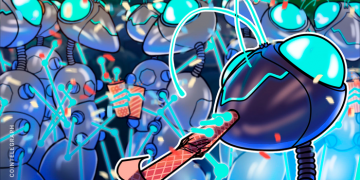 US Moves Closer to Accepting Blockchain, Still Uncertain Over Crypto

US Moves Closer to Accepting Blockchain, Still Uncertain Over Crypto 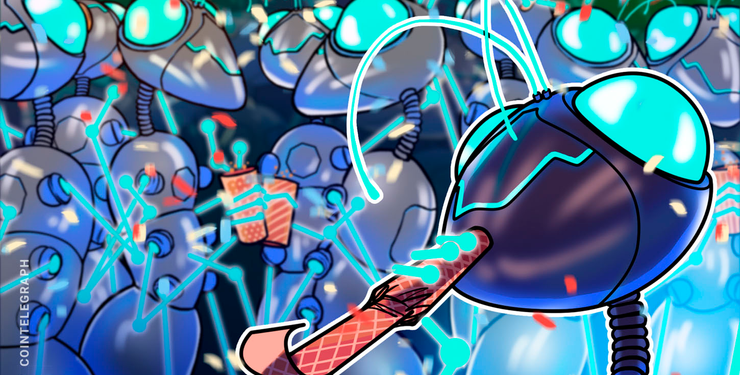 Despite concerns expressed by many United States regulators during the recent House Committee on Financial Services’ hearing on Facebook’s proposed digital currency, Libra, an increasing number of U.S. lawmakers are speaking out in favor of developing a permissive regulatory apparatus to prevent stifling innovation in the cryptocurrency sector.

Several days prior to the hearing, the passing of the Blockchain Promotion Act signposted the government’s intention to develop a prudent legislative framework to oversee possible implementation of blockchain technology in various public sectors. Skepticism pertaining to the operation of Facebook and its stablecoin project aside, the month’s regulatory proceeding indicated that lawmakers may be moving closer to embracing digital assets — and especially the technology behind them — at least from a regulatory point of view.

Bitcoin is an “unstoppable force”

Rep. Patrick McHenry, who represents North Carolina’s 10th Congressional District and is a ranking member of the U.S. House Committee on Financial Services, described Bitcoin as comprising an “unstoppable force” while delivering a testimony as part of the committee’s recent hearing.

“The world that Satoshi Nakamoto — author of the Bitcoin white paper — envisioned, and others are building, is an unstoppable force. We should not attempt to deter this innovation, and governments cannot stop this innovation, and those who have tried have already failed. So the question then becomes, what are American policymakers going to do to meet the challenges and the opportunities of this new world of innovation?”

McHenry asserted that the desire to tightly regulate cryptocurrency is symptomatic of policymakers who wish to stifle innovation, stating, “Some politicians want us to live in a permission-based society, where you need to come to government, ask for its blessing before you can begin to even think about innovating.”

On the same day, McHenry was interviewed on CNBC’s “Squawk Box” to discuss the hearing on Facebook’s proposed digital currency at Capitol Hill, in which he described a “knee-jerk reaction to kill it [Libra] before it grows” that many U.S. lawmakers might have. He argued:

“There’s a white paper that’s an idea. And there’s a consortium of companies — some with better reputations than Facebook currently has — that are developing a digital payments platform and a digital currency. Interesting, right? Instead, we have a knee-jerk reaction to kill an idea.”

McHenry emphasized the need to encourage and foster innovation given the context of the United States’ “stagnant economy,” saying, “If they can comply with existing laws, have at it.”

McHenry described “financial inclusion for those who are on the margins, where the transfer of money is exceedingly high” as the fundamental issue at stake when discussing the regulation of digital currency.

“So, you have an immigrant who, on Friday evenings, judiciously, every week, sends money back to his family where he grew up, wherever in the world. He’s paying Western Union 7% to 10% to move that money. Libra is a very different mover in that space to reduce the cost of those low-dollar remittances.”

McHenry also advanced distributed ledger technology as a potential solution to the challenges pertaining to the global movement of large sums of money, stating: “It’s exceedingly costly, and the SWIFT network that is being broadly used is a very expensive one, and an old technology.” So, there is huge opportunity for financial inclusion for low-dollar and extreme cost-savings potentially for high-dollar movements of cash.”

On July 9, the Senate Commerce, Science and Transportation Committee approved the Blockchain Promotion Act. The bill, which was first introduced to the House of Representatives in October 2018 and then moved on to the Senate in February 2019, directs the Department of Commerce to establish a standard definition for “blockchain.” Rob Odell, vice president of product and marketing at crypto-backed loan provider Salt, told Cointelegraph that:

“By developing a taxonomy or set of agreed-upon terms and definitions for blockchain and crypto-related concepts, people can begin speaking about these concepts in a way that drives understanding and alignment among industry and governmental leaders. As blockchain achieves a global definition, regulatory bodies will be forced to acknowledge, discuss, and eventually understand what blockchains are already providing and what they have the potential to provide.”

The bill is intended to prevent the development of a patchwork regulatory definition pertinent to distributed ledger technology at the state level by establishing a fundamental framework for future legislation — and to recommend potential applications for the nascent technology. The bill has received bipartisan support in both the Senate and the House. Odell went on to say regarding this:

“The passing of the Blockchain Promotion Act by the Senate creates an opportunity to promote the technology at a federal level and expose more government organizations to how it can bring more transparency and efficiency to their work. What’s especially exciting about this bill is that it’s received bipartisan support– a testament to the fact that members of both major political parties in the US are recognizing the value that blockchain technology can bring to the United States and to the rest of the world, whether it’s by preventing tax fraud, eliminating bureaucracy or reducing waste.”

In the Senate, the Blockchain Promotion Act is co-sponsored by Democratic Sen. Ed Markey of Massachusetts and Republican Sen. Todd Young of Indiana. Markey described blockchain as “an exciting new technology with great potential and promise,” adding:

“At its core, blockchain is a tool for exchanging data in a secure and accountable fashion, and it has already been deployed to expand access to renewable energy, enhance health care delivery systems, and improve supply chain efficiency. This legislation will help further understand applications for this technology and explore opportunities for its use within the federal government. This is a commonsense step that will help position the United States and for success.”

Republican Sen. Todd Young emphasized the potential for distributed ledger technology to comprise a catalyst for sustained economic growth across all industries. He said:

“If America leads in its development, we can ensure that it’s benefits will be shared far and wide. Blockchain has the potential to not only provide financial and economic benefits at home, but humanitarian and social support in developing countries will benefit from American leadership.”

In the House, the bill is co-sponsored by a Republican Rep. Brett Guthrie of Kentucky’s 2nd Congressional District and Democrat Rep. Doris Matsui of California’s 6th Congressional District. Congressman Guthrie emphasized the need to eliminate “regulatory uncertainty” within the blockchain sector, stating:

“As our economies become increasingly digital, more organizations are turning to blockchain for business transactions and other new applications. Blockchain can be a great resource for innovation and technology, but as the technology develops we must reduce regulatory uncertainty by figuring out whether there is a common definition and how the technology can be used.”

Matsui expressed her assumption that the Blockchain Promotion Act will lay the groundwork for fostering innovation within the distributed ledger technology sector, stating:

“This bipartisan, bicameral bill will bring a broad group of stakeholders together to develop a common definition of blockchain, and, perhaps even more importantly, recommend opportunities to leverage the technology to promote new innovations.”

Blockchain Working Group to be established within U.S. Department of Commerce

Within 90 days of the enactment of the Blockchain Promotion Act, the U.S. Secretary of Commerce, Wilbur Ross, will be required to establish a working group within the Department of Commerce.

The group, called the Blockchain Working Group, will be partially comprised of members representing a “cross-section” of federal agencies that could benefit from the adoption of distributed ledger technology, and representatives from industry stakeholders, academic institutions, nonprofit organizations and consumer advocacy groups engaged in activities relating to blockchain technology. Additionally, the Blockchain Working Group is required to  include representatives from industry stakeholders specifically from sectors other than technology, as well as representation from both rural and urban stakeholders.

The working group is tasked with submitting a report to Congress within one year of the Blockchain Promotion Act’s enactment. The report will include a recommendation for a definition of “blockchain technology,” in addition to making recommendations on a study examining the range of potential applications for distributed ledger technology and suggesting possible applications for blockchain technology that will promote efficiency within U.S. federal agencies.

The group will also be tasked with recommending a study into the impact of blockchain on “electromagnetic spectrum policy,” which will be carried out by the assistant secretary of commerce for communications and information in coordination with the Federal Communications Commission.

Lastly, the Blockchain Working Group is encouraged to consider any recommendations made within the National Institute of Standards and Technology’s “Blockchain Technology Report” from October 2018.