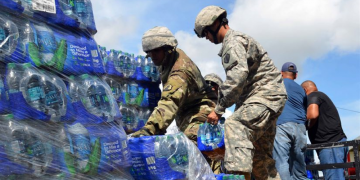 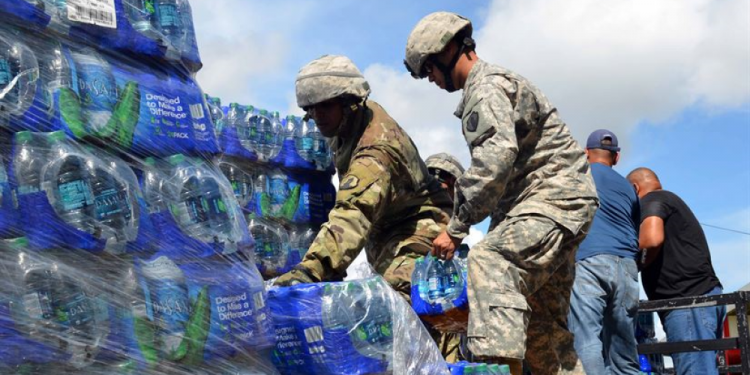 The Troop Support division of the Defense Logistics Agency held a meeting earlier this month in Philadelphia to understand how blockchain could have helped its already “successful” efforts assisting in Puerto Rico after the devastating Hurricane Maria in 2017. The meeting was hosted by Troop Support’s Continuous Process Improvement (CPI) office.

“The potential is absolutely enormous,” said CPI management analyst Elijah Londo, according to a DLA report of the event. “Talk about blockchain, and you’ll hear experts comparing it to transforming trust or transactions in the same way the internet changed communication.”

Currently, the DLA tracks logistics processes through centrally managed systems, which makes it hard for involved parties to synchronize data and ensure they all are tracking correct and up-to-date information. By using blockchain technology, the agency could track data and thereby improve supply chain transaction processes and in-transit visibility of shipments, it said in the report.

“This is where I can see where blockchain would have been a big help [in the relief efforts]. Flowing material specifications and tracking data from the manufacturer buying the raw materials to … getting the transportation and getting it on the barges,” said Marko Graham, deputy director of the DLA’s Construction and Equipment unit.

The CPI is working on ways to improve its services with the U.S. Transportation Command and shipping giant Maersk, which has already teamed up with IBM to build a supply chain platform using blockchain tech.

“We’re researching the technology. We’re getting as smart as we can about what it is, what industry is saying about it, what the future might look like, how it applies to supply chains and how other industries are using it. We’re doing our due diligence.”

Potential use cases for blockchain are increasingly being examined by other U.S. government agencies, too. Earlier this month, the Department of Homeland Security said it was looking to enhance its ability to prevent the use of fake documentation with blockchain solutions and was offering grants of up to $800,000 to startups to assist that work.

And, last year, the U.S. Navy’s innovation arm revealed plans to examine if blockchain can bring added security to its manufacturing systems.