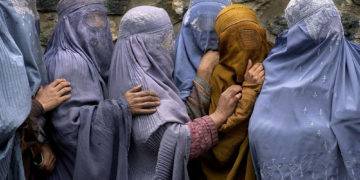 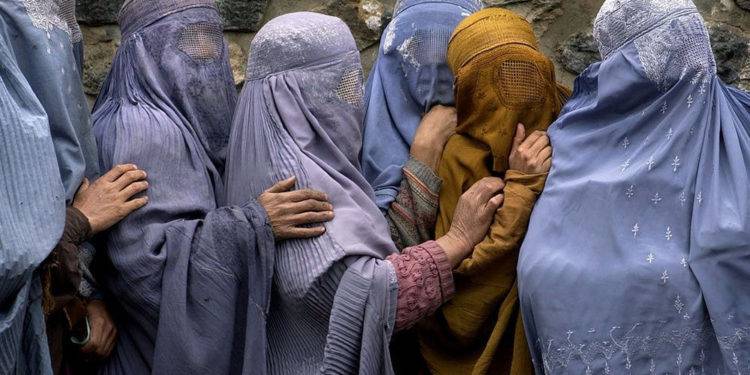 Local crypto exchanges in Afghanistan are attempting to maintain a low profile in the face of growing insecurity under the Taliban administration by removing flags and engaging in more conservative behavior.

Taliban forces seized control of Kabul, Afghanistan’s capital city, on August 15, bringing an end to nearly two decades of US-led coalition rule in just ten days.
As they prepare to adopt a new government, concerns about censorship and constraints resurface.

During the first decade of Taliban rule, from 1996 to 2001, the Islamic organization prohibited certain forms of consumer technology, which were mostly limited to music, television, and movies at the time.

Additionally, the Taliban have reportedly barred women from possessing camera phones in certain of Afghanistan’s remote regions this time around. While the authenticity of the report has not been established, it has already raised people’s suspicions about what is about to happen.

Among them are local cryptocurrency dealers who have chosen to play it safe. Additionally, they are a face-to-face operation – in order to purchase or sell cryptocurrency, a consumer must go in person and wait for all transactions to be executed. The transaction is conducted in cash and does not require any of the participants to disclose anything.

In Afghanistan, the majority of such exchanges support major cryptoassets such as bitcoin (BTC) and ethereum (ETH). To avoid volatility, however, some traders have limited their trading to stablecoins such as tether (USDT).

And now, the majority of these exchanges have withdrawn their posters and are engaging in extremely cautious interaction. They accept few new consumers and frequently reject messages sent via social media networks.

“I largely fear Taliban fighters. They are very suspicious of things they don’t understand, and they sometimes act before consulting with their leaders,” Abdul,  owner of a crypto exchange in Herat, told Cryptonews.com. “If they show up here and ask me what it is that I do, I am afraid I wouldn’t be able to convince them.”

Abdul believes the Taliban may adopt cryptocurrencies, but they must first get an understanding of them.

“They [the Taliban] haven’t addressed crypto yet, and I don’t anticipate them to anytime soon,” Sayed, CEO and Founder of a Kabul-based cryptocurrency exchange, said in an interview.

And now, the majority of these exchanges have withdrawn their posters and are engaging in extremely cautious interaction. They accept few new consumers and frequently reject messages sent via social media networks.

“Crypto should be their last concern. There is Daesh [ISIS], the Resistance [NRF], and a deteriorating economic crisis. These issues have greater importance.”

However, the CEO expresses concern over the Taliban’s view of cryptoassets as Haram (non-compliant with Sharia Law). “Numerous Muslim scholars have expressed their views [Fatwa] on cryptocurrencies, pronouncing them to be Halal. However, the Taliban may reject those ideas “‘He stated.

Only objects having intrinsic value are tradable in Islamic religion. If a scholar feels cryptoassets have intrinsic worth and are not merely hypothetical currencies with no use cases, he or she would declare them Halal.

Decentralized cryptoassets have intrinsic value because they provide a utility: they enable the free flow of data and wealth across borders. To truly grasp this, experts must examine the underlying technology—blockchain—in detail.

According to Sayed, if the Taliban studied cryptoassets and recognized their merits, they would not prohibit their use.

“For the isolated people of Afghanistan, crypto provides a means of interacting with the world,” he said.

Crypto: for and against the Taliban

Meanwhile, as Afghans embrace cryptoassets in response to a mounting financial crisis, the West anticipates the Taliban will exploit these virtual assets to avoid sanctions. According to the Wall Street Journal, “if the Taliban adopt Bitcoin as part of their national economic policy, it might boost efforts to dodge some Western sanctions and other leverage against the country’s new rulers, according to some former US officials and security experts.”

However, in late August, Charles Hoskinson, founder of Cardano (ADA), stated that cryptocurrency adoption is primed to accelerate in Afghanistan, particularly to address the country’s privacy gap, which can easily put people’s lives in danger. However, Hoskinson suggested that the Taliban might also take advantage of crypto’s open nature.

“It is my belief that cryptocurrencies are going to play a larger role in Afghanistan this time around, in the war for and against the Taliban forces,” Hoskinson said.