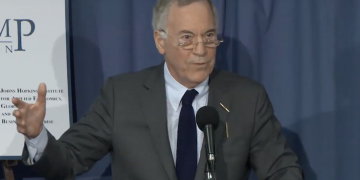 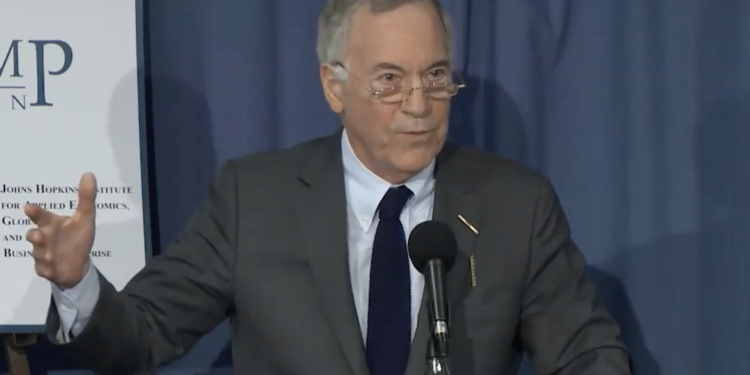 Economist Steve Hanke often scoffs that bitcoin isn’t “a real currency.” The Johns Hopkins University professor has also compared the cryptocurrency market to the Dutch tulip bubble, and even went so far once as to claim crypto exchange hacks prove these assets are “unstable and unsafe.”

Revealed exclusively to CoinDesk, Hanke recently joined the board of advisors for the peer-to-peer cryptocurrency exchange AirTM. He will guide the Mexico City-based startup’s expansion in Latin America, including a new system for price-stable assets that Hanke will design himself.

“He’s very close to the problems that we are trying to solve,” AirTM CEO Ruben Galindo told CoinDesk, suggesting inflation in Argentina and Mexico might make those markets ripe for user acquisition and marketing campaigns.

Indeed, throughout his career, Hanke has advised several governments, including Argentina (which, it should be noted, did not fully heed his advice), on ways to stabilize their currencies with a combination of exchange controls and fiat-pegged reserves.

“Imagine you’re playing with golf and get to play with Tiger Woods. That’s how we feel with Hanke,” Galindo said.

This seemingly unlikely alliance comes at a time when so-called stablecoins are all the rage, with several new assets of this kind launching this year to compete with the long-running and dominant but beleaguered tether (USDT). While the main use case for stablecoins so far is allowing crypto traders to move money between exchanges quickly without relying on the banking system, AirTM is among those that see broader applications.

Despite his skepticism about other crypto coins, Hanke told CoinDesk he sees potential in price-stable digital assets, saying:

“It is a good idea conceptually, but no one knows how to do it… I know how to do it. I’ve done it.”

“AirTM dollars will be an ERC20 token that will be backed by dollars in our reserve, with the help of our banking partner Synapsify,” Galindo said. “I see a great value for stablecoins in developing nations.”

There is already $3 million worth of AirTM dollars in circulation out of the total supply worth $10 million.

Perhaps more ambitiously, Hanke will design a currency-board style system for issuing price-stable digital currencies through AirTM. According to Hanke, a currency board – a type of monetary authority that prioritizes fixed exchange rates over the other objectives of central banks – guarantees the asset’s price remains perfectly stable against the anchor.

It’s unclear what Hanke’s upcoming AirTM assets will eventually look like, or how they will fit into the AirTM ecosystem, although the economist expects his design will also involve blockchain technology.

“It would be a unit of account that is stable and could be used for clearing,” he said, adding this new asset would not be as speculative as cryptocurrencies like bitcoin.

In Hanke’s mind, the fact that bitcoin was designed so that the overall supply capped at 21 million digital coins inherently guarantees its price will be speculative. He prefers to focus on dollarization, the process of aligning monetary policies with anchors such as the U.S. greenback.

“You have a completely inelastic supply curve,” he said of bitcoin, meaning the amount to be issued is set in stone regardless of what the price does. “Who in their right mind would make a contract with bitcoin?”

Hanke told CoinDesk he was drawn to AirTM because the company, which he described as a digital clearing house helping Venezuelans swap bolivars for U.S. dollars, has some of the world’s best primary data about Venezuelan currency trading. As of May 2018, the company’s records showed 65 percent of AirTM’s 4,000 daily users hailed from inflation-riddled Venezuela.

The startup itself needed guidance on macroeconomics as it expands across Latin America, plus insights into how to offer a greater variety of stable assets across borders. Hanke wanted a way to apply his research and experience to the current crisis in Venezuela. It was a perfect match.

This economist believes his upcoming blockchain solutions will offer a more stable unit of account that meets bitcoin’s original objective outlined in the decade-old white paper, which stated the cryptocurrency would be a “purely peer-to-peer version of electronic cash” allowing “online payments to be sent directly from one party to another without going through a financial institution.”

Galindo, a veteran bitcoin user, said he’s excited to offer a variety of cryptocurrency tools to users in inflation-riddled countries. He described AirTM as a “dollarization machine” for Latin America.

“If people have a use for bitcoin for some reason, we’ll give them access to it,” Galindo said. “In the future, it will be so much easier to issue new currencies on a digital currency-board type of thing than with paper.”

The entrepreneur went on to say he doesn’t judge assets based on how people use them, whether for speculation, trade or clearing. Unlike the academic Hanke, Galindo avoids labeling which assets are “currencies.”

Instead, the AirTM team aims to provide Latin Americans with lawful on-ramps for useful assets, regardless of form. Overall, Latin American crypto users conduct $9 million worth of transactions a month through AirTM’s businesses.

“We don’t care who owns the asset. If it’s the Venezuelan government who wants to have a USD reserve and they want to audit it, we wouldn’t mind giving people access to that,” Galindo said, concluding:

“If in the future, a president calls Professor Hanke up and says we want to solve hyperinflation, he will know that AirTM has the infrastructure to do that.”