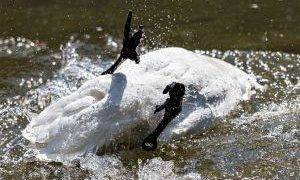 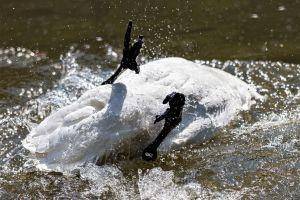 Nassim Nicholas Taleb, an essayist and scholar, known for his book on the extreme impact of rare and unpredictable events, The Black Swan, released a paper on Bitcoin (BTC), with Bitcoiners jumping on what they deemed numerous inaccuracies.

In his paper titled ‘Bitcoin, Currencies, and Bubbles’, Taleb, who said in 2018 that BTC is an excellent idea, now stated that bitcoin, in its current version and despite the hype, “failed to satisfy the notion of “currency without government” (it proved to not even be a currency at all),” further adding that it’s not a short- nor long-term store of value, it can’t be a reliable inflation against hedge, and doesn’t “even remotely [constitute] a tail protection vehicle for catastrophic episodes.”

And while the author continued his not-very-favourable analysis on the world’s first crypto, many found a number of arguments to be flawed and/or based in inaccuracies.

Judging by the post shared by crypto podcaster Peter McCormack, Taleb not so subtly refused to have a discussion on his paper, or hear an opposing opinion.

That, however, most certainly doesn’t stop the Cryptoverse from washing off the dirt from that swan, so to say.

He first focused on the “when miners are extinct” point, stating that as long as transactions and fees exist, so will the miners – a certainty which is guaranteed by Bitcoin’s block rules and difficulty adjustment mechanism.

Bradley Rettler, Assistant Professor of Philosophy at the University of Wyoming (US), further argued, that Taleb’s statement here – presuming that BTC’s value will go to 0 when there are no miners, hence it’s zero now – is a general point about expected value, not an argument against Bitcoin.

While technology gets replaced with newer technology, suggested Taleb, “items such as gold and silver have proved resistant to extinction.” Brain claims that Taleb excluded gold from being classified as a “technology,” thus assuming it cannot be replaced. “But gold is absolutely a monetary technology,” said Brain and is not immune from getting replaced. Additionally, technology always builds upon other technology.

“Path dependence is a problem” for bitcoin, wrote Taleb, while gold is not path dependent – which Brain finds false and without evidence. While neither the rarest or most stable substance, “through accidents of history, along with a magpie-esque tendency for humans to gravitate towards shiny metals, [gold] has indeed accrued that [store-of-value] status.”

“Unfortunately, there appears to be a worse agency problem: a collection of insiders holding on to what they think will be the world currency, so others would have to go to them later on for supply,” writes Taleb, while Brain argues that Bitcoin which allows anyone to accumulate it is a fairer system than the one in which the governments and rulers hoard wealth gathered through violence and war.

Rattler would rather see an entire paper dedicated to the argument that “insiders” are holding the majority of BTC.

Another point Taleb argued is that BTC transactions are “considerably” pricier than wire transfers, for example, or even in other crypto, while also being “order of magnitudes slower than standard commercial systems used by credit card companies.” To this, Rettler stated that it’s not true of even on-chain transactions, with wire transfers being far more expensive. Both Rettler and Brain suggested that the mere existence of the Lightning Network nullifies this point.

To Taleb’s argument about bitcoin’s volatility, Brain said that this is a rapidly capitalizing asset, and that the volatility on its way up comes with the territory.

Those seeking to hide assets from the government via Bitcoin’s privacy or anonymity, according to Taleb, lack “financial seasoning,” statistical understanding, and common sense. But per Brain, “the existence of privacy or anonymity on the Bitcoin network (beyond pseudonymity) is not a belief held by any serious proponent of Bitcoin.”

Rettler further added that Bitcoin doesn’t have “accounts,” nor can it be hacked, nor had it been hacked by the FBI during the Colonial Pipeline incident, as previously reported. “So, this is not evidence that Bitcoin isn’t a safe haven from tyrannical regimes,” Rettler wrote. “It shows that these people failed to use it as such.”

Additionally, “the thesis of Bitcoin is precisely that you do not need to trust any third party to store and transfer value,” said Brain. ““Bitcoin guarantees only that you own the coins you own, and that your coins will be sent to the address to which you intend to send those coins, and to nobody else.”

“Overall, the paper is a cursory discussion of a few of the aspects of Bitcoin that Taleb finds problematic,” Rettler said. “But the argument is far too thin to justify the strong conclusion.”

Cory Klippsten, the CEO of SwanBitcoin, described the paper as “a nothingburger” that would be promptly shredded by a dozen Bitcoiners. Taleb is “plenty smart,” wrote Klippsten, but “”intelligence” isn’t 1-1 correlated with understanding Bitcoin. It’s often a hindrance, if your intelligence saddles you with a huge ego,” the CEO said.

Learn more:
– ‘Knives Coming Out’ As Cryptoverse Responds To BTC FUD By US Senator
– Elongate: Market Rereads Bitcoin FUD Playbook & Waits For The Next Tweet