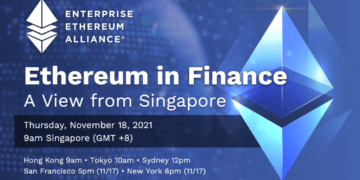 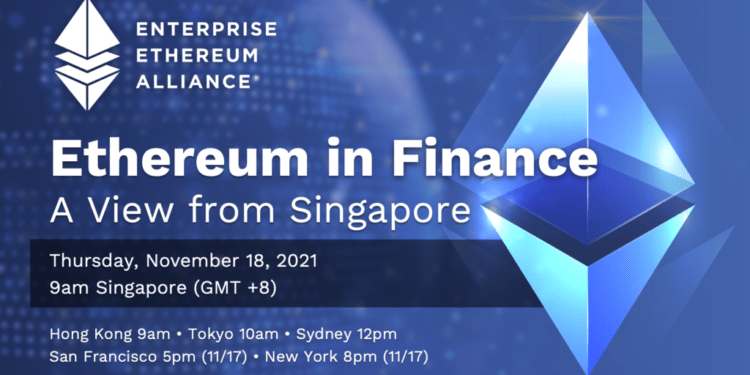 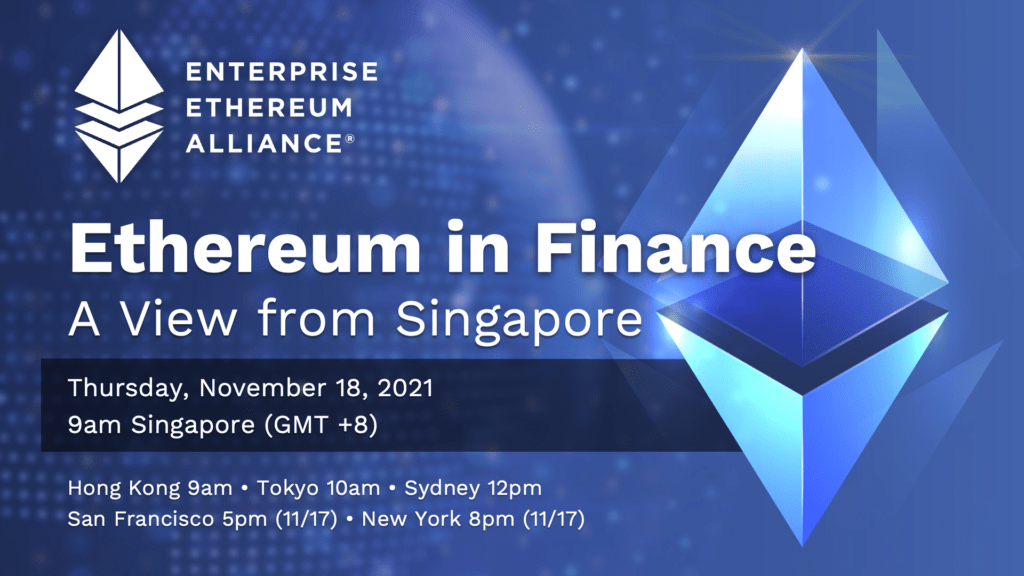 Southeast Asia is a hotbed of blockchain innovation, since the region is home to a slew of fintech startups and global crypto corporations. Singapore, in particular, has developed into one of the world’s most crypto-friendly countries. This was recently highlighted in a report by cryptocurrency exchange Gemini, which discovered that 67% of 4,348 respondents possess cryptocurrency. Additionally, the analysis stated that Ether (ETH) is the region’s most popular cryptocurrency, with 78 percent of poll respondents claiming to own the digital asset.

Surprisingly, the Ethereum blockchain may also be the preferred network for Southeast Asian financial institutions. According to Charles d’Haussy, Asia managing director at blockchain firm ConsenSys, businesses in the region wishing to enable cross-border e-commerce payments prefer Ethereum for a variety of reasons:

“From a technical perspective, different central banks and financial institutions that have been exploring various technologies always tend to come back to fundamental features, which Ethereum offers.”

Specifically, d’Haussy stated that financial institutions find Ethereum appealing because it provides a smart contract layer on a blockchain network, whereas other competing technologies may only provide a smart contract layer without a blockchain. D’Haussy went on to say that the Ethereum network also allows financial institutions to open accounts for specific tokens. He went on to say that the process would be familiar to many because “you have a bank account and banknotes that you can deposit into that account.” This can be replicated in a variety of scenarios. Other technologies that have been investigated in the past have not been able to provide both accounts and tokens.”

Ethereum for finance in Southeast Asia

Due to Ethereum’s unique capabilities, d’Haussy observed that financial institutions in Southeast Asia use it in a variety of ways.

For instance, Daniel Lee, executive director and head of business and listing at DBS Digital Exchange (DDEx) — a digital exchange backed by DBS, one of Asia’s largest banking groups that offers trading services for a variety of digital assets, including security tokens and cryptocurrencies — recently told Cointelegraph that the firm is using Ethereum for its security token exchange:

“We are using Ethereum as a permissioned blockchain for this purpose. The tokens that we are using are based on ERC-777, which is enabling us to create an exchange for this product. And because everything works on a blockchain, it replaces your traditional central depository or clearinghouse.”

ERC-777 tokens backed by equities, fixed income, or other real-world assets, in particular, can be listed. These listings can then be made available for secondary trading. Lee explained how a security token exchange can help with the secondary sale of assets: “Now, when someone wants to sell these assets, they can simply post it as an offer on the exchange.” And whoever wants that specific amount can simply accept the offer.”

Furthermore, Lee stated that DDEx had looked into blockchain networks other than Ethereum to accommodate its security token exchange. However, he stated that Ethereum was the best choice due to the ease with which Solidity, the programming language designed for developing smart contracts on Ethereum, could be found.

Partior, a blockchain-based interbank clearing and settlement network jointly established by DBS Bank, JP Morgan, and Temasek, is also built on Ethereum, according to D’Haussy. Lee revealed as part of Project Partior that DDEx will soon issue its own Singapore Dollar stablecoin on the Partior network. According to d’Haussy, this is true for similar use cases because of the variety of vendors, wealth of developers, and services available on Ethereum. “Many other blockchains will be unable to offer such a rich and mature ecosystem.” As a result, it’s a no-go for many financial institutions,” d’Haussy explained.

It’s also worth noting that China’s involvement in blockchain innovation is growing. While d’Haussy believes that cryptocurrencies aren’t popular in the region, he does mention that China is a major builder of blockchain networks. For example, despite China’s recent warning that state-owned enterprises should stop mining cryptocurrencies, ConsenSys Quorum, the Ethereum-based distributed ledger protocol developed by ConsenSys, is doing well in the region, according to d’Haussy: “Permissioned chains in mainland China are the favorite frameworks, and Quorum is currently being used for Blockchain-based Service Network, a Chinese government-backed nationwide blockchain project.”

While Ethereum is widely used in Southeast Asia for a variety of purposes, there are still concerns about the network’s high gas fees and scalability issues. However, according to Lee, DDEx lists and trades security tokens on Ethereum on a permissioned blockchain, so high gas fees are not an issue. “We don’t use mining as a means of reaching a consensus.” As a consensus mechanism, we employ IBFT. “As a result, the gas tax does not really apply to us,” he explained. D’Haussy added that high gas fees show that Ethereum is in demand, noting that layer-two solutions are being implemented to address the major challenges that Ethereum is currently facing.

Despite this, some Southeast Asian financial institutions have begun to explore other blockchain networks. RippleNet, the global payments network of blockchain firm Ripple, is being used for cross-border transactions throughout the region, for example. According to Brooks Entwistle, RippleNet’s managing director in APAC and MENA, Asia Pacific has emerged as one of RippleNet’s fastest-growing regions, with transactions more than doubling since Q3 last year.

Entwistle also stated that, as a result of Ripple’s intention to acquire a 40% stake in the cross-border payment processing hub Trangloa, the company has facilitated the establishment of a new on-demand liquidity corridor in the Philippines. He also revealed that the Japanese remittance company SBI Remit is using Ripple’s ODL service to transform remittance payments for the country’s large Filipino diaspora. Entwistle elaborated:

“This has profound implications for accelerating financial inclusion and creating economic fairness and opportunity, especially in a region which comprises some of the biggest remittance-receiving countries in the world such as the Philippines.

As such, while Ethereum remains a significant player in Southeast Asia, other blockchain technologies are gaining traction. For example, the Solana blockchain has piqued industry attention due to its fast transaction rates and low transaction costs. Henri Arslanian, partner and leader of PwC’s crypto practice, told Cointelegraph that alternative blockchain networks are being used as financial institutions gain experience with various layer-one solutions:

“Each layer-one solution has different features from speed and scalability to transaction fees and carbon footprint. Each organization will have its own priorities and use case requirements that may make them choose one network over another.”