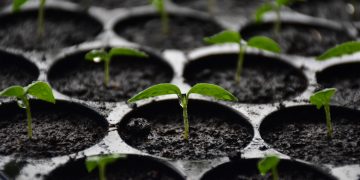 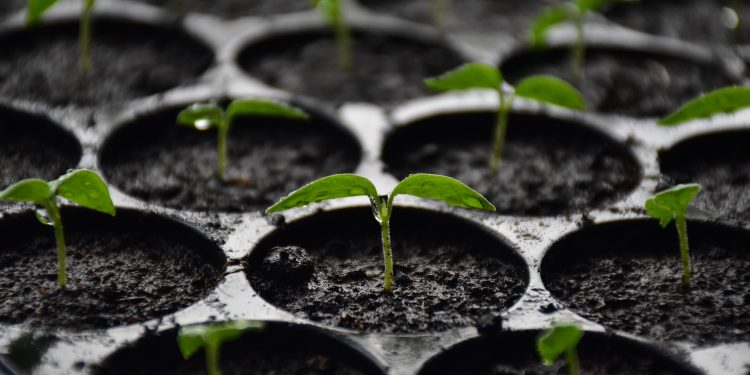 A new security token trading venue is coming out of stealth mode with a novel strategy to help small U.S. companies go public with a minimal compliance burden.

Announced Wednesday, ABE Global plans to launch sometime this summer and aims to list over 100 tokens by the end of the year. Two of its three founders are Wall Street veterans who built trading businesses and sold them to well-known institutions.

One of them, CEO John Pigott, founded a fixed-income marketplace called ValuBond, later known as BondPoint and now a part of Intercontinental Exchange, the parent of the New York Stock Exchange (NYSE). The other, ABE’s COO, Joel Blom, was part of the founding team of the online brokerage Thinkorswim, which was eventually bought by TD Ameritrade.

Along with Roderick Psaila, the CEO of Maltese lender AgriBank, they started ABE in 2016, but the company has been flying under the radar until now. Last August it completed a $3 million funding round with investors including Distributed Global, Galaxy Digital and Gumi Ventures.

“We’ll be doing the next institutional round probably in the next two months,” CEO Pigott told CoinDesk. “But we’ve got plenty of capital for what we’re going to do in the next year or two.”

But what stands out about ABE is the way it intends to make tokenized securities available to a broad swath of buyers.

While the initial coin offerings (ICOs) of the 2017 boom marketed their tokens to the public without even telling regulators what they were up to, and security token offerings (STOs) have limited their audience to accredited investors and notified the SEC they were conducting registration-exempt offerings, ABE is trying a third way.

If it works, it could reopen a type of fundraising largely closed to small companies since the dot-com crash of the early 2000s.

According to ABE’s founders, the main advantage of the new Atlanta-based exchange will be its network of branches in different jurisdictions, the key one being Malta. “The regulators there have shown interest in supporting the new technology, they have educated themselves and they are really sophisticated about it,” Blom told CoinDesk.

The Maltese subsidiary is now in the process of obtaining an exchange license that will allow it to list various assets, including tokens, stocks, bonds and “most legacy financial instruments,” supporting trading 24 hours a day, Pigott said.

Other branches, ABE Americas and ABE Asia, will offer the tokens listed in Malta in the form of depositary receipts (DRs). A financial instrument dating at least as far back as the 1920s, DRs allow investors in one country to trade the stocks of companies listed in another. For example, the Chinese e-commerce giant Alibaba’s American Depositary Receipts (ADRs) trade on the NYSE.

In this case, each token issuer will conduct an initial public offering (IPO) on ABE Europe, where the tokens will be listed as equity. But once wrapped in depositary receipts, they can also be traded on ABE’s marketplaces in other jurisdictions. “This enables token issuers to access current brokerage accounts with no change in custody, settlements and account holdings,” said Pigott.

In the U.S., the ADRs will trade on ABE Americas, an alternative trading system (ATS) subject to lighter regulation than national securities exchanges — the company has applied for an ATS license from the SEC, Pigott said. Likewise, ABE Asia will hold licenses “similar to the ATS authorization”: a recognized market operator in Singapore, an ATS in Hong Kong, and a proprietary trading system in Tokyo.

It’s an unorthodox use of ADRs, to say the least.

“It is conceivable that a digital security could be listed on a non-U.S. exchange and follow this route and it’s really a logical step in the evolution of our financing systems towards digital securities,” Margaret N. Rosenfeld, a partner at the K&L Gates law firm, told CoinDesk. “This would require the ADR facilities to agree to the deposit and new forms of depositary contracts with elements specific to digital securities, as well as the exchanges and the SEC to sign off on this. Very interesting legal puzzles involved, but all doable. It would be exciting to work on something like this.”

However, she noted ADRs are an instrument that only non-U.S. companies can use.

Pigott acknowledged ABE is planning to use ADRs “in an innovative way” which nobody has tried before. However, he insisted it is legal in the U.S.

In any case, the ADR issuers will need to file a particular form with the SEC, so if the regulator has objections to the idea, it will become clear at the stage of filing. Even if it won’t fly with the SEC, ABE’s depositary receipts will be available in Europe in Asia, Pigott added.

If all goes according to plan, ABE will enable U.S. firms to raise capital on public markets at a much lower cost.

One type of firm ABE will court is owners of real estate looking to fractionalize and sell shares in their properties.

The other focus of the new trading platform will be so-called small-cap companies (those with a market capitalization of between $300 million and $2 billion). Many of them are growing very fast, Pigott said, and until the 1990s, 400 to 800 of those companies would launch IPOs every year, but after 2000, when new, stricter regulations came in place, “that market got crushed by 95% and has never recovered.”

“As a consequence, you have these unicorns financed by venture capital firms and never have a $100-200 million dollar round for a private company, and it’s very odd,” Pigott said. “What we ended up with now is only accredited investors can access these companies.”

Calling American small-cap companies “one of the best wealth creation vehicles the world have ever seen,” he believes the new asset class of tokenized securities can re-open the broad world of investments to this segment of the U.S. population, with an ultimate goal “to connect the token economy with the global investment economy.”

While ABE will be entering an increasingly crowded STO field, including the already launched security token trading platforms tZERO and OpenFinance, the founders are not discouraged, with Blom concluding:

“It’s not a good idea if you don’t see other people pursuing it.”