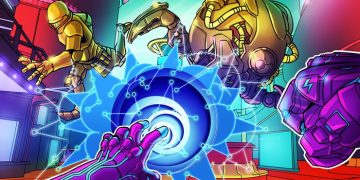 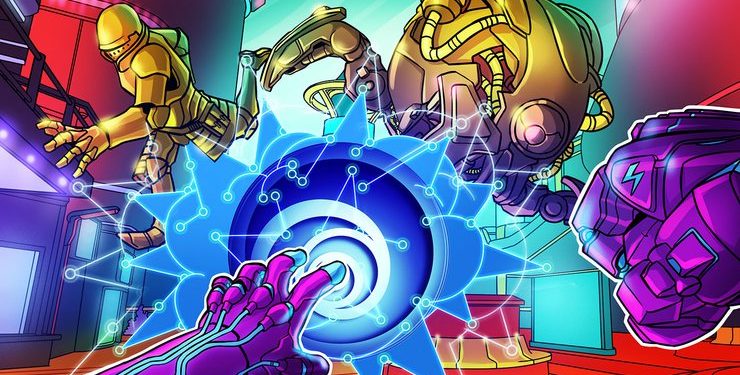 The gaming industry has grown dramatically in recent years, partially because the world of video games is keeping up with the latest technological advances and even tries to get ahead of them. As such, it couldn’t bypass the blockchain. It’s not surprising that, from time to time, gaming companies announce the development of games based on this technology. So, the French gaming giant Ubisoft, known for the Assassin’s Creed and Far Cry franchises, has announced that a blockchain will be integrated into its games. So, what can a blockchain give to the world of games and does it even need to be included at all?

The video game industry is currently alluring for any entrepreneur. So, it is no wonder that initial coin offerings (ICOs) are very popular among video games developers. But why exactly is the blockchain so useful that it is now becoming so attractive to the gaming industry?

Gaming apps that use blockchain began to emerge back in 2014, when players started to earn money with HunterCoin or CryptoKitties, the latter of which managed to become extremely popular in its first year. Their popularity was due to the main component of blockchain: the immutable ledger, in which players are unable to change the data. This means there is an established trust between all industry participants, from developers to players.

In addition, this trust has also been monetized. Using a blockchain in a video game implies issuing and supporting cryptocurrencies. A game token is a single currency used to express the value of all items traded within the game and smoothes out the problems of transaction systems with multiple currencies. The purchase and sale of in-game items in cryptocurrencies is secured by a smart contract, which significantly increases its transaction reliability and security.

On the back of the success of such minigames, developers and companies that develop bigger games began to pay attention to the new technology. In early 2017, online store Gameflip launched a platform on which anyone could buy and sell digital goods. This platform gives players true ownership and flexibility to trade their goods in the ecosystem without any fraud.

At the end of October 2017, OPSkins, which developed the world’s largest centralized marketplace of virtual goods for computer games, announced the creation of a decentralized platform called WAX for exchanging in-game items. The platform is a repository of virtual values ​​containing a catalog of all items available for sale that is updated in real time. It is based on a blockchain protocol that allows the use of an unlimited number of scalable trading platforms.

And in the end of October, Brian Fargo, the CEO of inXile Entertainment — one of the creators of Fallout, Wasteland and Baldur’s Gate — announced the launch of Robot Cache, a platform for video game distribution. The platform uses its own cryptocurrency, called IRON, which is based on the ERC-20 standard. IRON can be directly issued, bought or sold on the Robot Cache platform. Users can spend the cryptocurrency on games or exchange them for fiat money.

Some companies that offer not only an in-game exchange but also a separate intra-game cryptocurrency have begun to make use of the blockchain as well. In October 2018, the gaming platform MobileGO, in collaboration with Xsolla, presented its own altcoin that is available to all players on the platform. According to the company, it intends to increase the level of honesty so that players at esports competitions are guaranteed to receive their prize money.

The giants of the gaming industry are not standing on the sidelines but neither are they rushing in to launch blockchain-based projects, as they continue studying the possibility of using the technology in their development.

In 2018, there was news that Ubisoft, one of the world’s largest game developers, had been considering ways to use blockchain technology in its gaming strategy. In February 2018, Blockchain Initiative Manager Nicolas Pouard and Senior R&D Programmer Robert Falce at Ubisoft announced that they were working on a blockchain-based game called HashCraft in the company’s Strategic Innovation Lab and even explained what it means for Ubisoft:

“The mission of the lab is to explore social, technical and business trends that will shape the future of entertainment. On this basis, we are trying to help Ubisoft to be prepared to these changes. We strongly believe that blockchain is a huge thing, something that will change the gaming industry.”

The game will allow players to develop quests and tasks, the details of which are to be stored in a public blockchain. HashCraft will be built on the private blockchain MultiChain. Each player will fulfill the role of a miner in the network — all the player’s actions will be visually represented as an island. This island is generated by the player’s computer and, after its creation, the island is stored in the blockchain. The island will be represented as a property that the player owns and can change or reshape by their own will. With the help of blockchain, each player will acquire the true ownership of the characters. But Ubisoft has not yet announced the release date of the game.

In the fall of 2018, Ubisoft took another step closer to the blockchain industry by becoming a member of the Blockchain Game Alliance, which promotes a universal standard in the blockchain gaming space. Among the participants of the alliance are such major industry players as Fig, the company that created the platform for players and has launched its own cryptocurrency Enjin; Alto, the developer of tools for integrating blockchain into games based on Ultra blockchain platform; and EverdreamSoft, the developer of one of the earliest blockchain-based games called Spells of Genesis.

There are a few reasons why some might be sceptical about utilizing blockchains, such as slow processes and long verification times — claims that are often made by those against the use of blockchain technology — and not to mention the complicated keys for cryptocurrency wallets that can easily be lost.

The next arguable weakness of blockchain is that, in the scenarios in which it is used to establish a marketplace, it has to rely on a cryptocurrency, which may be highly volatile. Periods of unbridled price growth are replaced by the same sharp falls,which results in investors showing great restraint from investing in crypto assets.

In addition, the leading providers of fiat payments — such as PayPal and Apple Pay — are strong in the gaming industry. Whether it is a big game or a low-budget phone app, the payment methods that exist today, in many ways, are focused on impulsive shopping and small transactions that characterize modern players. And of course, no one in gaming is completely protected from hacking attacks, but blockchain can help to solve this problem.

Also, according to the CEO and game producer of Blockchain Cuties, Vladimir Tomko, the lack of regulation in this sphere and the risk to image are the main barriers for companies such as Ubisoft:

“Cryptocurrencies are not fully regulated, there is a lot of ‘unofficial’ cryptocurrencies and this simultaneously carries strong reputational and legal risks. For big companies like Ubisoft, these are serious limiting factors. If they make a mistake somewhere or they are accused of accepting money that was later turned out unofficial, it will affect their PR position and the price of their shares.”

But Vladimir is optimistic about the joint future of blockchain and gaming:

“The fact that large companies are on blockchain market and participate in everything, communicate with everyone, gives them an important strategic position. They know the actual ins and outs of the market, and if necessary, will be able to react faster than competitors. Moreover, the ‘react’ means not only developing their own titles — Ubisoft will be able to become one of the first big companies to start making M&A deals as soon as they realize that the market has become interesting enough to enter it seriously. I expect the first deals at the end of this — the middle of next year.”

Thus, if developers manage to find a way around the weak points of blockchain technology, then gamers all over the world will likely soon receive a completely unique gaming product.

The founder of the Crypto Games Conference, Andriy Sharanevych, believes that big gaming companies think, first of all, about monetizing blockchain:

“Speaking of big developers and publishers, it all depends on money that can be earned from using blockchain. Now everyone is in the process of experimenting and trying to figure out what to do with it and how. Just like in 2008 when everybody was sceptical about iOS platform. So small developers are checking this path.The big ones stand by and watch. As soon as they see the worthiness of blockchain and understand how to make money on it, they will immediately break in and start dividing the market.”

A discussion worthy of the worldwide stage?

The increasing tendency to use blockchain in gaming is becoming apparent, regardless of whether it is a way to promote a game developer’s own content or a desire to protect the rights of consumers. More and more, makers of big-title games are thinking about integrating this technology, and this interest is not only coming from game developers, but also global brands such as Sony, which patented a digital gaming access system in the spring of 2018. Sony’s blockchain platform will allow users to monitor their digital rights and reduce the amount of “pirated” content.

Will blockchain bring big gaming companies the opportunity to develop their capabilities or set up a whole new direction in the gaming industry? The answer could come in the nearest future. But the fact is that this technology has already been applicable in gaming and is encouraging for the blockchain industry. The other issue is, will it be applicable just for facilitating currency transfers or will it add to the gameplay experience?