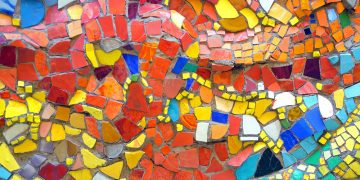 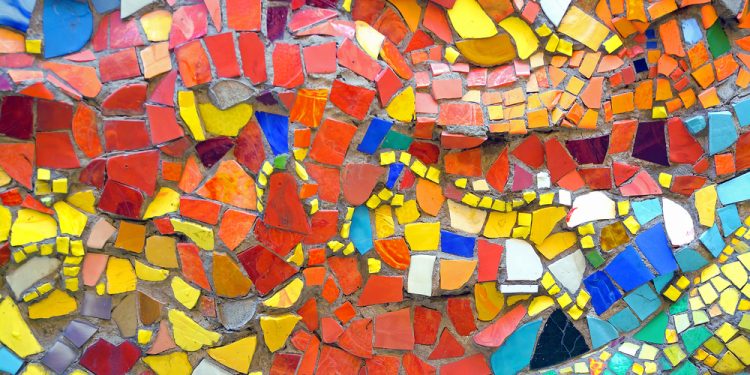 Ethereum is running at full capacity.

At least, that’s according to Afri Schoedon, the release manager for ethereum software client provider Parity Technologies. On Thursday, he warned due to the scaling challenges faced by the second largest blockchain by market cap to: “Stop deploying dapps to ethereum.”

The tweet caused an uproar, with ethereum creator Vitalik Buterin stepping in to defend the protocol, yet others lambasting the project and pointing to other blockchains as better solutions.

And while a number of (both layer-one and layer-two) scaling technologies are in the works, blockchain company OpenST thinks it’s new protocol, Mosaic, is ready to tackle those issues “here and now, rather than just many years into the future,” according to Jason Goldberg, the CEO of OpenST.

In an exclusive interview with CoinDesk after the project was first revealed at ethereum hackathon ETHBerlin, Goldberg highlighted that Mosaic requires no fundamental changes to the underlying ethereum network to deploy.

Currently, the team at OpenST is gearing up to launch a preliminary version of Mosaic in just three months time.

Once fully tested, Mosaic could then act as a scaling solution used in advance of other proposed solutions, such as sharding and zk-snarks, which require changes to the ethereum blockchain, dubbed layer-one, as opposed to changes on off-chain auxiliary systems running on a secondary layer atop ethereum.

The protocol, created in partnership with ex-Hyperledger developer Benjamin Bollen,  allows tokens to be moved into an auxiliary system where the bulk of heavy computational activity is completed and later asynchronously committed back onto the live ethereum blockchain, or mainnet.

This is done through what Bollen describes as the “gateway protocol.” In effect, any ERC-20 token, which is the widely held standard for new forms of cryptocurrency on ethereum, is able to move through the gateway protocol including OpenST’s Simple Token (OST) – which raised more than $20 million in an ICO fundraise last year – and client-specific tokens based upon OST.

As a company that services non-blockchain enterprises with comprehensive tokenization services, Mosaic assists developers building token-based economies on ethereum to scale to millions of end-users in the immediate before ethereum’s formal scaling roadmap executes.

“We felt like it was important to show that mainstream businesses today could move their transactions onto open, cryptographically audible auxiliary chains…and then have economic finality following many of the writing on Casper and sharding back on public ethereum.”

With that, according to the OpenST team, the proposed protocol achieves two goals.

First, it increases the capacity or throughput of the network in processing larger volumes of token transactions. And secondly, Mosaic reduces transaction costs, expending smaller amounts of gas, which is the computational unit of work on ethereum.

Stepping back, to understand how the protocol works it’s helpful to note what work Mosaic builds upon – the work of Buterin and ethereum researcher Virgil Griffith.

To be more specific, it was the two’s work on Casper FFG, which offers both the consensus algorithm proof-of-stake and sharding as layer one solutions geared towards upgrading the underlying framework of incentives governing the ethereum blockchain.

It is these ideas that led Bollen, lead architect of Mosaic, to the realization of how to secure off-chain auxiliary systems on ethereum without sacrificing high transaction throughput or low cost.

Calling the seminal work an “eye-opener,” Bollen described to CoinDesk that in order to increase the capacity of the network in finalizing transactions, the Mosaic protocol essentially created an “opt-in system” for developers to transfer and fully complete the bulk of computational work required off-chain, before committing these transactions back to the ethereum blockchain in batches.

Bollen calls this “token sharding” – building upon an early Casper proposal, in which smart contracts are finalized without the hard requirement of full node replication to uphold the integrity of the blockchain.

Though, unlike the proposed sharding behavior intended for Casper that would automatically balance off-chain loads, Mosaic requires developers to choose cost-effective shards on which to execute tokens.

As such, in addition to being immediately useful in the short-term, Bollen posits that Mosaic will act as an important “testing ground” for ethereum. contributing back to research on both sharding and proof-of-stake aimed at eventually achieving mainnet scalability to the effect of billions of end users world-wide, which as Bollen describes is a very high-stakes endeavor.

Speaking to the high stakes involved in releasing proof-of-stake and sharding together on layer-one, Bollen said:

“If we do [Casper] at layer one, we need to get all the components right and if it fails, we’ve ruined ethereum. We have one shot at doing it right. That’s why it’s a much harder, much longer roadmap.”

First, it uses a public validator pool to secure token transactions on the auxiliary system and commit back to mainnet at regular intervals.

However, for validators to do this, they need to be able to simultaneously observe tokens staked on ethereum, as well as the corresponding outcomes of token transfers on auxiliary chains running in parallel.

This can be done through the gateway protocol that absorbs the so-called “state root” of both systems. A state root refers to a hash, or a unique string of alphanumeric symbols, that identifies and stores the entire state of a system including balances and contract code.

By absorbing the state roots of both systems, validators can then construct what Bollen calls “metablocks,” verified by the pool of validators through a two-thirds majority vote.

With votes cast and metablocks confirmed, validators reach “optimal targets” to take the last finalized state of the constructed meta-blockchain and commit it back to ethereum mainnet.

As a result, this is where, as Bollen describes, “the magic happens.”

Break down of Mosaic protocol. Image courtesy of OpenST

Though the underlying ethereum blockchain itself is “severely limited in its capacity,” with Mosaic’s token sharding process, the capacity of the mainnet to finalize transactions at any given time is multiplied. Plus, by using proof-of-stake – a less computationally expensive algorithm – the costs associated with finalizing token transactions on ethereum is also significantly reduced.

The second key component to Mosaic is in how the whole system is secured at its core by ethereum.

Though computationally-intensive, the guaranteed validity of transactions on ethereum is leveraged as a fail-proof for OpenST users to fall back on. For instance, in the event validators are unable to come to a two-thirds majority agreement about the state of an auxiliary chain, the ethereum blockchain will be consulted.

Bollen told CoinDesk, “If an auxiliary chain halts and doesn’t reach consensus anymore, we have the alive system of proof-of-work to continue and recover the last committed state.”

However, the guarantee from OpenST developers is that by the year 2020, Mosaic would be fully decentralized and “the system would be fully released to the validator pool to determine its future.”

They’ll be doing all this, while maintaining their work with a growing client base made up of businesses such as the LGBT Foundation, PassKit and Animoca Brands, among others.

And like most developers, Goldberg and Bollen understand that the work, even with a successful launch, is never done, contending that it’s not just about further developing more comprehensive tokenization solutions for enterprise business, but also about upgrading ethereum to better serve decentralized application developers and users.

According to Bollen, pushing Mosaic as a broader scaling solution is simply about making ethereum “more secure for the future” and giving it “a much longer runway and viability to change the Internet and the way we organize.”

To this end,  Goldberg said there may be several scaling solutions implemented that will be “viable and interesting to different types of customers.”

“It’s not about one approach being right or wrong. It’s about having a community body of work that is both improving the ethereum origin chain, as well as, providing options to how to scale on existing ethereum.”