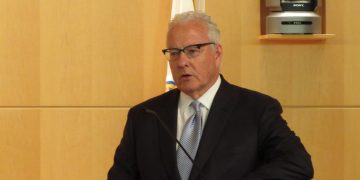 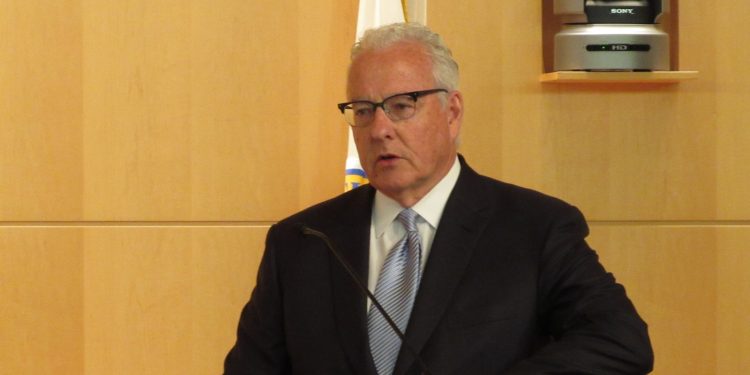 Startups that conducted initial coin offerings (ICO) years ago may be eligible for relief from potential enforcement actions by the U.S. Securities and Exchange Commission, an agency official said Friday.

For the last year and a half, the regulator has been filing cases against projects that raised money by selling tokens without registering them as securities. But in his opening remarks at the agency’s FinTech Forum in Washington, D.C., SEC Director of Corporation Finance William Hinman said that cryptocurrencies are capable of shifting from being a potential security to very clearly not being one.

“Digital assets may evolve into an instrument that no longer needs to be regulated as such,” he said.

Hinman has made a similar point before. In a 2018 speech, he implied that ethereum may have resembled a security during an ICO at its launch, but said that by last year, it was sufficiently decentralized that it had evolved away from being a security.

Though he did not reference ethereum on Friday, Hinman did use other examples to illustrate his point.

As one such example, he cited TurnKey Jets, which secured a no-action letter earlier this year, reassuring the firm that the SEC staff would not recommend taking enforcement action against it.

Hinman explained that the company’s token, network and use case were all fairly mature when the letter was issued, meaning the token had a functional use case and the network was fully developed.

Notably, though, Hinman said that even if some aspect of the project was not fully developed, the SEC may have still been willing to provide no-action relief.

“If they needed more relief on the secondary market for that token, that would not be outside the realm of a possible no-action letter,” he said.

Taking this example one step further, Hinman posed a hypothetical: What if a startup with TurnKey’s eventual model existed three years earlier, without a mature network or functional token?

If this hypothetical startup sold its token “in amounts that did not correlate to its use case but resembled funding,” that token would look like a security.

However, if three years later, that startup went to the SEC and showed that its token demonstrated utility aspects, the SEC may be willing to work with the company, Hinman said, adding:

“We’d likely be able to work our way through a no-action letter.”

Stephen Palley, an attorney with Anderson Kill who attended the forum, told CoinDesk that, in his view, Hinman was indicating that a token which resembled an investment contract could turn into something akin to a utility token.

Moreover, Palley said, it was interesting that the SEC has indicated it is using its framework to make this sort of determination.

In his remarks, Hinman noted that the SEC’s actions to date have been conducted in accordance with its existing statutes and rules.

“I mention this to show the flexibility of the regulatory framework we are working under,” he said.