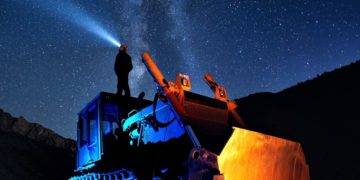 Regulator is a Bulldozer, but Crypto is Resistant

Regulator is a Bulldozer, but Crypto is Resistant 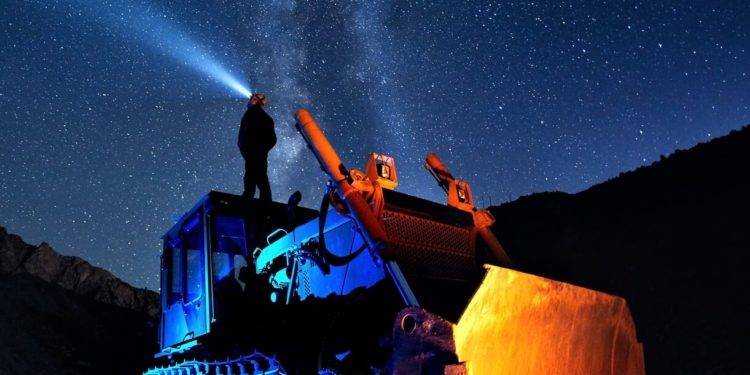 The regulatory battles against the crypto industry continue, with new ones seemingly being launched everyday – as crypto exchange Kraken is the latest to find itself on the receiving end in the United States. While some worry about regulation’s bulldozing force, others contend that crypto is inherently unstoppable.

The US Commodity Futures Trading Commission (CFTC) announced yesterday that it had issued an order “filing and settling charges against respondent Payward Ventures, Inc. d/b/a Kraken […] for illegally offering margined retail commodity transactions in digital assets,” including bitcoin (BTC), and for failing to register as a futures commission merchant. The corporation must pay a civil monetary penalty of USD 1.25 million.

Meanwhile, Acting Director of Enforcement Vincent McGonagle stated that this is part of the regulator’s “broader effort to protect US customers,” adding that margined, leveraged, or financed digital asset trading offered to retail US customers “must take place on properly registered and regulated exchanges in compliance with all applicable laws and regulations.”

Meanwhile, according to Bloomberg, US Securities and Exchange Commission (SEC) Chairman Gary Gensler stated that US cryptocurrency markets and regulated platforms will “not end well” if they remain unregulated. “There are trading and lending venues that consolidate around them, and they have hundreds, if not thousands, of tokens on them,” he reiterated Monday at the Code Conference in San Francisco.

Additionally, there are predictions that crypto will face opposition during President Joe Biden’s term. Bloomberg reported that the White House selected Saule Omarova to oversee the Office of the Comptroller of the Currency, noting that Omarova’s “critiques of digital tokens fall neatly in with recent pronouncements from government watchdogs” – such as Gensler’s.

“It took several years for regulators to wake up, but it’s like a bulldozer,” Jim Angel, an associate professor specializing in market structure at Georgetown University is quoted as saying. “It’s slow, it’s steady and it will grind down anything in its path.”

But some analysts and market participants, such as Karen Shaw Petrou, a managing partner at research firm Federal Financial Analytics, believe it may be too late for market participants to reach a consensus with regulators. She claims that crypto “conveniently believed that spouting often dubious inclusion and innovation propositions would forestall regulation,” and that the sector “was extraordinarily intoxicated with the cool factor.”

During the Code Conference, Tesla CEO Elon Musk expressed his personal views on the United States’ regulation of cryptocurrency, stating that it should not be done.

The president responded to the subject of whether the United States government should be involved in overseeing space policy by saying: “I would say, ‘Do nothing’.”

Perhaps slowed down, but not stopped

Apparently, according to CNBC, Musk stated that while it is hard to completely destroy cryptocurrency, “it is possible for governments to limit its progress.”

The same way, Timothy Spangler, a partner at Dechert LLP, told Bloomberg that innovation will “not be rejected; it will not even be appreciably delayed” in the future.

When it comes to China’s ongoing crackdown on the cryptocurrency industry, Tesla CEO Elon Musk speculated that the country’s electricity shortages may be a contributing factor, as well as the fact that “cryptocurrency is fundamentally aimed at reducing the power of a centralized government,” which the Chinese government “doesn’t like.”

In the words of Aaron Tilton, CEO of cryptocurrency platform SmartFi and a former state legislator from Utah, “Ironically, the SEC Chair enforcement approach reminds me of earlier tactics the Chinese regulators had taken a few years ago by warning people that cryptocurrency must be re-made in an acceptable image of regulators for the protection of the people.” Following all of the “warnings,” China developed its own digital currency and banned the use of private cryptocurrencies.”

“Congress, the SEC, and crypto users should be collaborating pro-actively to serve the public, but it appears to be saber rattling threatening the public to get in line or face the consequences,” Tilton told CoinNewsDaily in an emailed comment.

There are even more voices in opposition, claiming that crypto, despite regulatory pressure, is not that simple to put a complete halt to — even if regulation is unavoidable or required in some situations. Experts say that quite a few firms in the space are already controlled as a result of existing legislation.

During the Yahoo Finance’s All Markets Summit Plus: Crypto Investing, Kristin Smith, executive director of the Blockchain Association, stated that the organization’s mission is to:

“Decentralization is incredibly powerful and these networks can exist in many different places. China has attempted to crack down on crypto multiple times now. They may be getting more aggressive on that front, but as long as the internet persists, crypto networks will persist as well.”

According to Nic Carter, co-founder of CoinMetrics and general partner at Castle Island Ventures, markets will ultimately triumph if they are pitted against the government. Cryptocurrency [being] virtual and peer-to-peer by its very nature, something you can fully own on a smartphone, and so being uniquely resistant to governmental control, is just a fortunate coincidence.”