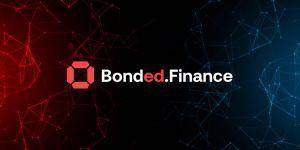 The text below is an advertorial article that was not written by CoinNewsDaily.

From the grain loans of ancient cities like Assyria and Babylonia to the lenders of the ancient Greek and the Roman empires, the evolution of banking services has been intricate and gradual. Like the demands of business operations, financial services have also become more sophisticated with time.

The 18th and 19th centuries marked the birth of free-market capitalism. During this time, competitive banking found fertile soil, and was especially beneficial to less ethical ventures due to painfully loose regulation. Fast forward to the 21st century, and a lot has improved. From digital banking to foolproof regulatory frameworks, finance is in good hands – but not in everyone’s hands.

Financial services are far from perfect. The industry is riddled with archaic issues that stem from its inherent centralized nature, corrupting individuals and organizations in their thirst for more money. Centralized systems have intrinsic flaws, such as how they act as a single point of failure, which could cause the entire system to crumble from even small collapses at the center.

As entities with their own best interests in mind, they are fundamentally opaque and offer as little control to the user as feasible. Centralized banking is also expensive, with its substantial overheads making the use of money pricier. Furthermore, they’re incredibly inefficient. As a consumer, banking can be one of the most loathsome experiences, intimidating people from learning more about how it works.

“If it ain’t broke, don’t fix it,” is an age-old adage that applies to many facets of modern society. In fact, it’s this mentality that’s caused innovation in the finance space to almost grind to a complete halt. Banks reject change so vehemently in fear of losing control of the established system that they can’t see how broken it is.

Banking on the Blockchain

In 2009, fresh off the heels of the global financial crisis, Bitcoin was unveiled to the world, offering it the first decentralized payment system. Blockchain was born to an unimpressed audience. Early adopters knew how valuable it could one day be, but to most people, it was a risky niche that didn’t make much sense.

However, as more people discover the inadequacies of the traditional financial system, blockchain technology is rising to the top of modern solutions for this centuries-old problem. From the centralized, closed banking solutions of old to the decentralized open finance of today, money is changing, and economies with it.

Decentralized finance positions itself as the future of money services, but investing in the industry can be extremely risky, especially for newer investors in the space. With thousands of digital assets out there, it can be hard to discern the truly valuable platforms from those with more malicious intentions. However, there are a few services out there that make investing in the space a bit less anxiety-inducing.

As an aggregate representation of the DeFi space’s value, Bonded enables holders of its BOND token to stay ahead of the DeFi curve without having to constantly monitor the space. It also incentivizes participation in a trustless manner, enabling anyone with a smartphone to contribute to and benefit from the decentralized economy.

Currently, many DeFi platforms rely on centralized service providers to perform various tasks on the Ethereum network, creating a single point of failure for that application. However, decentralized solutions driven by an open banking infrastructure would offer much greater transparency and efficiency levels, while eliminating some of the more fundamental drawbacks of both traditional and blockchain systems.

Additionally, centralized finance (CeFi) has many advantages over DeFi, and some aspects of decentralized finance can be total deal breakers for certain investors. For example, CeFi caters to far more users, facilitating access to leveraged products at lower risk, attracting more capital inflows and adoption from retail investors. It also removes the cost of on and off-ramping currency into the platform, as is the case with digital assets.

Though DeFi reduces counterparty risk, it also introduces the risk of technical failure, where bugs in the smart contract code can lead to irretrievably lost funds. Open finance initiatives like smart contract auditing firms and insurance for funds lost to hacks bring many of the quality-of-life features CeFi has made us accustomed to.

At the end of the day, no system is valuable unless it brings value to those using it. With decentralized finance, anyone in the world can access financial services and open banking APIs. Together, distributed networks could take the concept of banking to an era of trustless and secure decentralization.

Blockchain technology is already making waves in sectors like agriculture, supply chain management, healthcare, and travel. As more research and development are conducted, the space could extend to all kinds of industries beyond the realm of finance, gradually bringing financial services to everyone, everywhere.

What is the BOND token?

The Bond token is built into the network and serves as the sole medium of exchange and receipt of value.
Bondholders and liquidity providers are rewarded for network fees, liquidations, collected interest, provider rewards, and network incentives.
This is due to Bonded’s decentralized and trustless architecture, which derives the majority of its utility from actual revenue.
As a decentralized, eventually self-sufficient suite of products, there will be no salaries, overhead, or “off the top” fees; rather, this end-to-end solution for lending, borrowing, indexing, and repurposing capital, as well as the resulting revenues, will all flow through the token as the sole incentivizer.
Future applications include borrower insurance, early access to the Bond stable coin, and ultimately, full governance.
Additionally, innovation.
Beginning in June, Bonded’s “stacking rewards program” will award IDOs tokens to Bonded liquidity providers.

Bonded was founded to incubate and deploy innovative, high-yield, smart-contract-driven financial instruments that push the boundaries of open finance.
Bonded is an algorithmic model that aims to unlock, aggregate, and derisk $50 billion in dormant value spread across untapped digital assets by allowing supporters of qualifying altcoin projects to leverage and realize their value.