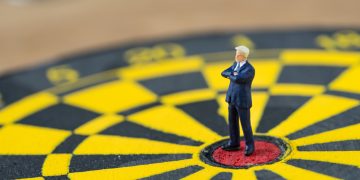 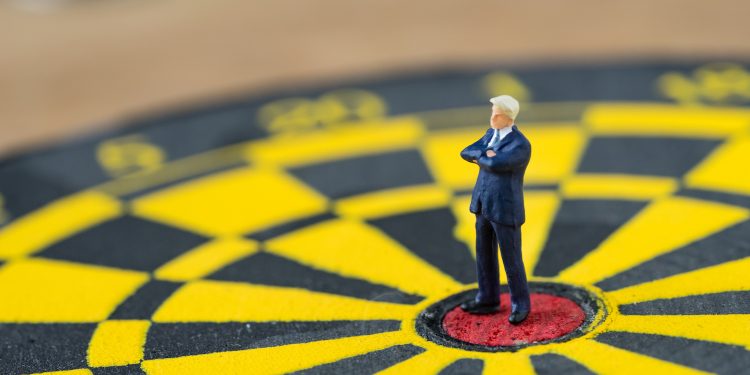 While many traders eagerly await a potential bitcoin exchange-traded fund (ETF), some of the cryptocurrency’s most passionate advocates are lukewarm at best about the prospect of such an instrument.

Twitter is flush with users like crypto entrepreneur Jonathan Hamel posting about how an ETF would bring an “epic” inflow of institutional capital to the ecosystem – that is, “billions” of dollars in new investments.

But if you talk to early adopters and veteran technologists in the bitcoin community, you’ll hear resounding indifference, if not queasiness.

“I don’t think an ETF is going to be some kind of massive magnet,” Pierre Rochard, founder of the Brooklyn-based Bitcoin Advisory LLC, told CoinDesk. “Substantively, it’s really not that much different than fractional reserve banking.”

Last week, the U.S. Securities and Exchange postponed plans to reevaluate ETF proposals from financial institutions such as VanEck and SolidX to as late as February 27, 2019. This means two more months of nail-biting for those who believe the ETF would be a huge boon to bitcoin or the savior of the overall crypto marketplace.

And yet, in reference to Grayscale’s Bitcoin Investment Trust, which launched in 2015, bitcoin analyst Nik Bhatia told CoinDesk:

“I don’t see the additional ETFs improving bitcoin’s liquidity any more than the GBTC already does.”

Although Bhatia said he would nevertheless welcome a regulator-approved ETF because it might increase public trust in this new asset class, some crypto veterans went as far as to say an ETF could actually be harmful to the broader ecosystem. To them, an ETF contradicts the vision of a peer-to-peer financial network fueled by self-custodied assets.

For Bosworth, the biggest risk that a bitcoin ETF presents is that it might incentivize institutions to work collectively to influence the ecosystem.

“We saw companies that are custodians for other people’s coins, talking as if they hold those coins and take actions that decide, on behalf of their users, without even consulting them…We don’t want to have central parties out there negotiating for fundamental rule changes in bitcoin.”

This is the same reason that bitcoin veteran Christopher Allen, the former principal architect at Blockstream, distrusts the institutions that are working to create a regulated bitcoin ETF.

“The real reason they are doing it is they can play financial games to make them a much higher interest rate than what they would otherwise,” Allen told CoinDesk. “I think there are a lot of implications of that. How do we educate people on what fiduciary responsibility and custody really is?”

Bhatia agreed that the industry is transitioning to prioritize a “trusted custody model,” but doesn’t think such institutional products will have a significant impact on cypherpunk traditionalists.

“People that currently store their own bitcoin aren’t going to rush into the ETF because they’re not looking for the same things,” he said.

Other bitcoin veterans are concerned retail investors are putting more faith in an ETF’s ability to rescue sinking cryptocurrency prices than the prospective product actually deserves.

If approved in the near future, Rochard said, he expects bitcoin ETFs would make up an even smaller percentage of the market than gold ETFs, which he estimated represent less than 2 percent of the global gold supply.

“We’re talking about a very niche part of the market that would be interested in a bitcoin ETF product,” Rochard said. “It would be even less than gold is used in an ETF because the overall settlement cost of bitcoin is lower than those of physically settling gold.”

Others say any boost to the price might be short-lived.

During CoinDesk’s Consensus: Invest conference in November, BlockTower Capital’s chief investment officer Ari Paul warned the audience to recall how the addition of bitcoin futures boosted short-term speculation far more than institutional commitment. The price settled back down within months.

“If an ETF was launched, it’s not that there would suddenly be massive institutional flows. I think on the announcement you’d get a massive rally,” Paul said. “That’s not because you suddenly get $50 million [in] institutional investors’ money, it’s because speculators price it in.”

And it’s important to remember that any euphoria (or anxiety) about a bitcoin ETF is still academic.

On December 5, SEC Commissioner Hester Peirce told the audience during fireside chat in Washington D.C. not to “hold your breath,” because a regulator-approved bitcoin ETF could still be years away. She added:

“I do caution people to not live or die on when a crypto or bitcoin ETF gets approved.”

Even if an ETF were to be approved, bitcoin advocates question how this structure – in which a fund owns underlying assets and divides ownership of them into shares – would address the idiosyncrasies of cryptocurrency.

For example, what if there’s another fork of the network, like the one that create bitcoin cash last year?

“Do they [ETF custodians] give the coins back to people or do they suddenly become an index fund?” Rochard said. “I don’t think there’s a precedent at all [from capital markets], because bitcoin doesn’t have a legal identity and corporations do.”

Allen said ETF issuers would need to clarify how they store and tally their bitcoin, so that products representing this underlying assets wouldn’t be loaned out over and over in a process called rehypothecation. As Caitlin Long, co-founder of the Wyoming Blockchain Coalition, wrote in a Forbes column, rehypothecation is antithetical to the bitcoin ethos because there is a finite bitcoin supply, 21 million at max.

As such, there’s no way to bail out lenders if borrowers were owed more bitcoin than the ETF-issuer actually possessed.

However, Gabor Gurbacs, the director of digital asset strategy for VanEck, told CoinDesk his company’s proposal would involve cold storage, daily disclosures to defuse any concerns about rehypothecation, and a handbook of regulator-approved index fund procedures to follow in the case of a bitcoin fork.

“We intend to stay true to the core tenets of bitcoin,” Gurbacs said, adding that ETF holders would be primarily exposed to the asset defined by Bitcoin Core unless another chain became dominant and equally secure.

“I don’t see any operational issues. I think we’ve figured it out and we’re waiting for the regulators to make a decision on this,” he went on to explain.

Like many bitcoin advocates, Rochard said that anything which boosts bitcoin’s overall liquidity – even modestly – is a good thing.

On the other hand, he sympathized with the skeptical indifference many technologists feel toward financial institutions.

“It would be really unfortunate if people lose sight of why bitcoin has value,” Rochard said. “But it would be such a small part of the market, so there’d be limited impact on that.”

Businessman on dart board image via Shutterstock