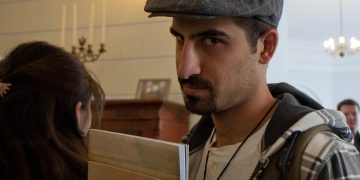 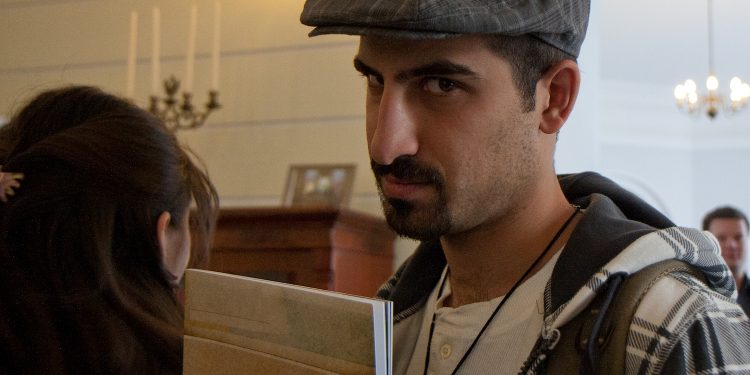 Rachel-Rose O’Leary is a reporter at CoinDesk, covering how cryptocurrencies are being used in areas of economic, social and political unrest.

This article is part of her ongoing dispatches from Rojava, Syria.

In August 2011, a hackerspace in Damascus, Syria, was stormed by armed guards.

Known as Aikilab, the guards stripped the place; televisions, computers and even couches were now gone. Once home to a thriving art and technology community, Aikilab hasn’t opened its doors since. And one of its co-founders, Bassel Khartabil, is now dead, having been arrested in 2012 and later tortured and executed by the Syrian regime under president and dictator, Bashar-Al-Assad.

It’s still unclear who, if anyone, ordered the raid of Aikilab and the arrest of Khartabil, but at that time during the Syrian uprising – the period of civilian protests that preceded the Syrian Civil War – nothing was clear cut.

Except for an idea articulated to Dr. Harry Halpin, a former World Wide Web Consortium employee, now working with Binance Labs-backed Nym Technologies, before Khartabil’s arrest: the same force that enabled an angry populace to coordinate against oppressors – the internet – could also be used to suppress people.

And while things have changed greatly in the handful of years since the uprisings – the area is now characterized by proxy wars and militant Islam – Halpin says Khartabil’s observation is still very true.

“Rojava faces the same situation seven years later … They are under surveillance. They are likely going to be under attack. People who participate in that social movement may be killed,” Halpin told CoinDesk, adding:

“We still do not have, as an open source community interested in decentralization and cryptography, we don’t have software that is adequate for these people.”

It’s a hope – finding intersections of hardware and software to empower the people – first experimented with by Khartabil that still commands many people’s attention today, especially as the last of the ISIS strongholds in Syria has been taken down and civilians are looking for ways to rebuild, at times with crypto and blockchain, in a more equitable and accountable system.

“I think that [Khartabil] was trying to bring stability and new social structure to the technology world that we’re moving into,” Jon Phillips, who was Khartabil’s best friend and colleague, said.

While Khartabil wasn’t “deep into crypto,” Phillips continued, he was an early investor of an open hardware design called the Milkymist, which was later repurposed into the first bitcoin ASIC by Canaan Creative.

And with that, Phillips said:

“He helped shape the DNA of the cryptocurrency industry. He was absolutely formative in that.”

Khartabil’s story exemplifies the parallel use of technology for both liberation and repression – and it resonates with the work being done in Rojava on the technical academies.

Stepping back, it’s important to note the role that technology played in the Syrian uprising. Throughout the Arab Spring, social media proved a vital platform for voicing dissent and allowing people to organize protests and rebellions against oppressive regimes.

But what started as peaceful protests was brutally repressed.

As the revolution transformed into war, Phillips, who lived in Beijing at the time, urged Khartabil to leave Damascus, but Khartabil refused.

“A bomb went off where my mom lives. I need to find her. My dad has not had water in two weeks. I need to take him some,” Phillips recalled Khartabil saying.

It was this character that created Aikilab in the first place. The hackerspace – although Phillips wary of the dark connotations to the word hacker contended it was more of a cultural or community center – was named after Khartabil’s pet turtle, whose name came from the Chinese “ai” meaning love and “ki” or “qi” meaning energy.

“It means love energy, or join forces, join energy together,” Phillips said. “We wanted to help humanity and society, we wanted to make life better, we didn’t want to make life worse.”

The last time Phillips saw Khartabil was at the Creative Commons summit in Warsaw, Poland in 2011.

Bassel Khartabil pictured with Jon Phillips and Joi Ito, in Warsaw, Poland in 2011

After that, Khartabil, in his communication with Halpin, was coordinating to secure the communications of other protestors.

Halpin provided Khartabil with access to a VPN, although sanctions against the Syrian regime meant that the Google Play Store was blocked for people trying to download applications.

Recognizing the role that the Syrian regime also played in controlling the network infrastructure, in conversation with Halpin, Khartabil raised questions about new, autonomous alternatives for communication security and recognized the importance of anonymous, censorship-resistance tooling.

According to Halpin, who has been providing tech support to human rights activists in the region since Tahrir Square clashes, the last question Khartabil asked to hackers on IRC before his arrest was:

“Do you want to help the Syrian people to connect?”

Halpin describes his work with Khartabil as a “failed intervention.”

Because of what happened, Halpin – and the other hackers that assisted Khartabil in his final days as a free man – were unable to help the movement’s greatest problem: that its communication was exposed.

“What Bassel was doing is he was trying to provide technology solutions for openness and to make society better, but other people saw that as a threat,” he said, adding:

“Information and technology is a magic art is some level. It’s the power to multiply. Bassel knew that art, the art of computer science, and he understood hardware science, and so he was detained.”

This aptitude for technology, Phillips continued, is what made Khartabil a target, although information surrounding the arrest is limited. Khartabil was imprisoned on March 15, 2012. While it’s also unclear what happened to Khartabil in prison, he was communicating from the inside for some time; according to Phillips, Khartabil spent at least some of the time being used for tech support.

According to Halpin, Khartabil recognized something very important, and something very dangerous, that had yet to be comprehended by hackers and activists in the West – the risk that surveillance poses to any kind of social movement.

In any uprising, Halpin said, there are certain people with a higher level of activity (like Khartabil). In the Syrian revolution, these players were quickly identified and eliminated, he continued.

This process led to a leadership vacuum, that caused the revolution to be co-opted by far more dangerous players.

The ability to communicate and interact without the fear of surveillance or censorship is critical for any kind of political activity, Halpin told CoinDesk.

The experience with Khartabil led Halpin to recognize the importance of decentralized tools, as well as the failure of Western programmers to build the right software to support such events in countries dealing with more corrupt regimes. Such tools need to be built in advance of any revolution, before it’s too late, he said.

Toward this, Halpin emphasized the importance of bitcoin.

“While not particularly privacy-enhanced, bitcoin has put censorship-resistant money in the hands of a fair amount of the population and it is becoming easier to use. There is tremendous unforeseen political advantages to giving ordinary people decentralized, encrypted technologies,” he said.

And while many are working on types of decentralized communication tools – Halpin cited ethereum project Status as an example of this – there’s a failure to provide tools that can even function offline. Halpin warned that without such software, there’s a risk that history will repeat itself.

For example, while Rojava has declared autonomy from the Syrian regime, for the most part, its people rely on a Syrian communication network, called Syriatel, to interact. Equally, much of the data flows through Turkey, and when Turkey occupied Rojava’s city of Afrin in 2018, the Turkish state cut off all internet access and telephone communications, plunging the people into darkness.

Yet, while the situation in Rojava is highly vulnerable, Halpin ended on a note of optimism, believing that due to an alignment of interest between Rojava and high tech communities, things could change.

“Rojava is trying to provide a radically democratic and decentralized model for society. Some of the rhetoric does mirror the rhetoric of free software, the blockchain community, of highly technical people,” he said, concluding:

“That’s a good sign because it may mean that we may eventually see a convergence between the kinds of software that cutting edge technologists want to create, and the kinds of technologies that new forms of democratic societies need.”

The full story of Dr. Harry Halpin’s work with Bassel Khartabil will be published in 2019 as “The Tragic Dream of Autonomous Internet Access: The Case of Bassel Safadi and the Syrian Revolution” in the book “Access to Knowledge & Mobile Technologies” by the American University in Cairo.