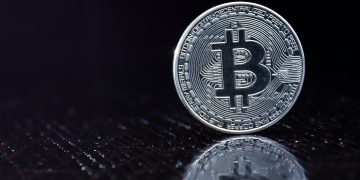 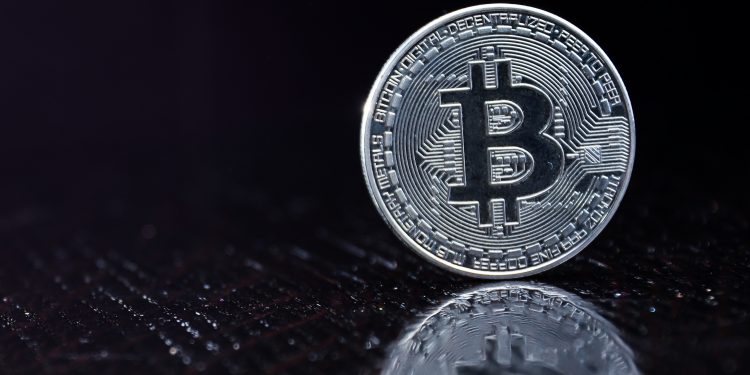 Everything flourishes with a bit of attention – even attention itself.

You may have heard some rumblings recently about the bitcoin dominance rate. This measures the weight of bitcoin in the crypto universe, by taking its market cap as a percentage of the total market cap for all crypto assets. Traders and investors keep an eye on it as an indicator of market preference.

It should surprise no-one that bitcoin is the dominant crypto asset, given its long track record and mainstream media attention. What is setting off alarms is its recent ascent: it is now hovering around 70 percent, a level not seen since April 2017, just before the previous bull market took off.

Some speculate that this means another bull run is imminent, one that will push bitcoin’s dominance to above 90 percent and effectively kill off any alternative crypto asset’s hopes of capturing significant market share.

Others see it as a sign that alternative crypto assets are on the verge of a recovery as investors pivot in search of outperformance.

As with any data point, there is much open to interpretation. Chart analysis aside, market metrics are rarely useful in isolation, and to get a feel for what the bitcoin dominance rate is telling us, we need a deeper understanding of what it represents – and why a rising number is not necessarily good news.

Why is the bitcoin dominance rate worth paying attention to? Surely everyone knows bitcoin is the leader?

Because it’s a relative measure that points to preference, conviction and momentum.

Price measures bitcoin’s popularity. Dominance measures its popularity relative to other crypto assets. In theory this could mean a “flight to quality” as investors get spooked by market risk and switch out of smaller cap tokens into a “safer” asset. Or, it could represent growing interest in the sector as a whole, along with conviction that bitcoin has the strongest fundamentals.

This matters for several reasons, one of which is what it says about market sentiment. While bitcoin is a speculative asset, it can be considered less speculative than smaller cap tokens, given its relative liquidity, history and network size. Its growing dominance points to a focus on fundamentals and on relative “safety,” which depicts a more grounded level of investor participation than in the ICO-fueled boom of 2017.

While not necessarily predictive, sentiment indicators tend to be recursive – you can’t be sure the trend will continue, let alone with what energy, but positive sentiment generally has in-built inertia. If traders choose to buy based on these indicators, they reinforce them, which encourages more traders to buy, and so on.

Another important consequence is market confidence, especially at the early stages of institutional involvement.

Large traditional funds are not, on the whole, particularly concerned with the relative merits of one token versus another. They are more likely to be evaluating whether to invest in crypto or some other speculative asset class as part of their portfolio diversification. For most, if they choose to invest in the sector, bitcoin is the only viable option: it’s the only one that 1) has sufficient liquidity to absorb a small- to medium-sized allocation; 2) has a lively derivatives market; 3) can count on a wide range of on-ramps and 4) is definitely not an unregistered security in most jurisdictions.

The protagonist role of bitcoin is likely to increase the confidence of traditional investors in the sector overall, burnishing its reputation and making their decision easier. In the absence of concrete valuations (difficult with bitcoin using traditional methods, since it has no cash flows), sentiment is usually as good a market indicator as any.

No trend continues forever, though.

Previous run-ups in the dominance factor have been met with a correction as investor attention pivots and new alternatives come into play. In spite of momentum, in virtually all asset classes there comes a reckoning, in which market leaders become overvalued relative to the runners-up, and knowledgeable investors take profits in order to re-invest in more attractive opportunities.

But this is unlikely to happen in the short term, even though the last bull market saw bitcoin’s dominance drop from over 85 percent to below 40 percent. This time it is different.

Why? Last time the latter stage of the bull market was largely driven by the hyped potential of initial coin offerings, many of which promised revolution and riches based on marketing documents masquerading as white papers. The retail market poured into speculative tokens, which ramped up their value relative to the more “boring” bitcoin – at one stage, it looked like ether was going to push bitcoin off its market leader pedestal.

Recent market activity, however, has felt much more subdued (in spite of occasional shenanigans), largely due to increased regulatory scrutiny. The “sobering up” of the bear market, during which lawmakers and enforcers got to grips with the potential and threat of this new asset class, entrenched more rigorous standards for token issuers, promoters and investors. Many of the tokens issued in 2017 are now defunct, and while other interesting opportunities have emerged, the flow is more careful and calculated.

What’s more, the expected role of institutional investors in the next bull run, with their focus on bitcoin as the representative crypto asset, is likely to push bitcoin’s dominance up even further.

What will it take for that to change?

All trends do eventually tire, to be replaced by new, more energetic ones. The same will happen with bitcoin. Once bitcoin investment by institutions is not such a novelty, and once deeper liquidity has dampened volatility, aggressive managers eager to beat their peers’ performance are going to start thinking about where to find alpha.

That’s when they start to look at other assets. They may rotate out of bitcoin into more overlooked alternatives; or they may put in fresh money. Either way, the relative weighting of other crypto assets will increase.

This is unlikely to happen any time soon, though.

Institutional involvement is just getting started and has a long way to run. Current currency turmoil and macro uncertainty may accelerate this, but a more likely scenario is that the bulk of institutional money, which tends to be relatively conservative, will wait for signs of further momentum before risking their reputations and returns.

Meanwhile, growing bitcoin dominance presents a risk we should not overlook: that bitcoin becomes firmly entrenched as the go-to crypto asset for the bulk of crypto investment, to the extent that it smothers interest in other ideas.

This would not be good for the sector, for two main reasons.

One, it would suck funding out of other areas of the market and stifle development of blockchain applications. Blockchain technology’s potential goes beyond bitcoin; it presents the opportunity to re-think how business models work, how assets can be valued and how income and capital can be distributed in a more decentralized economy. Other crypto assets are manifestations of this potential, and should be able to approach the market for funding and validation.

Two, concentration is a sign of an immature asset class. Imagine an emerging stock market in which one company accounts for 80 percent of the country’s market valuation. A diversified category will be more resilient, flexible and powerful, as internal connections and synergies empower a profitable irrigation of resources.

We are entering a phase where more attention will be paid to the dominance metric, which is likely to continue creeping up for some time. Some analysts are suggesting alternative calculations, taking out “fake volumes” and even stablecoins (since they are not seen as a competing investment vehicle) – a re-adjusted figure could be as high as 90 percent.

Could we get to a “tipping point” beyond which diverting attention from bitcoin will be extremely difficult?

It’s possible, but unlikely. People generally want to differentiate themselves from others; that also applies to their investment portfolios. Not only will investments in not-so-high-profile tokens better reflect retail investors’ personal preferences; but professional competition will also encourage crypto diversification in a search for outperformance.

Bitcoin’s dominance will probably continue to be unassailable for at least a few more cycles, though, and the inflow of funds, even if concentrated, will help the market infrastructure continue to mature. But, in the end, creativity and innovation always find a way to manifest.

Meanwhile, we should celebrate that bitcoin has not only survived but thrived. Its growing dominance and rising liquidity are signs that a greater number of investors believe in its potential. However, as exciting as that may be, it’s not the only thing going on.

As investors, we also need to keep an eye on what’s happening out of the limelight; from there will emerge the interesting opportunities of tomorrow.