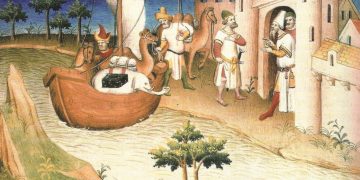 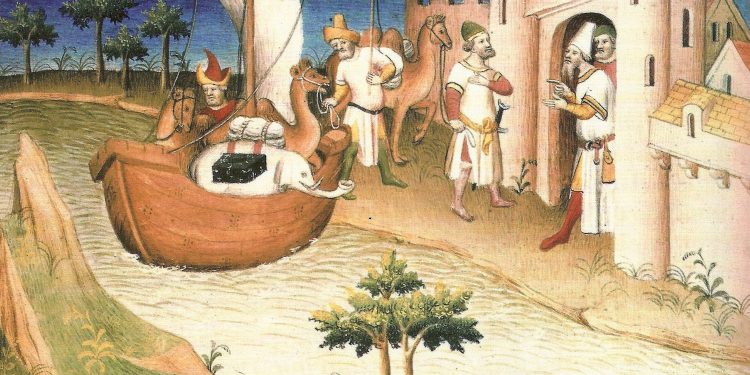 The first two real-world transactions have been conducted on Marco Polo, the trade finance blockchain built on R3’s Corda platform.

Announced Thursday, the trades took place between two German companies: Voith, a manufacturer of machines such as turbines, generators and transmissions, and KSB SE, a supplier of pumps and valves.  One transaction involved the delivery of special hydraulic couplings from Germany to China and the other the delivery of pumps within Germany.

While all that may sound prosaic, these transactions were notable since the necessary data was exchanged through distributed ledger technology (DLT), ditching the usual slow and costly physical documents and intermediaries, according to a press release from the consortium behind the blockchain.

The companies agreed on the order and delivery details through the Marco Polo network, and after the goods were delivered, the shipment information was entered into the system and “automatically matched with previously agreed data, triggering an irrevocable payment obligation on the part of the buyer’s bank,” the release said.

The amount of money involved was not disclosed, nor did Marco Polo spell out which firm was the buyer and which was the seller.

Payments and financing were handled by two banks, also German: Commerzbank and Landesbank Baden-Württemberg, both founding members of the Marco Polo consortium.

“The transaction proves that blockchain technology offers our clients a payment undertaking and state-of-the-art financing for trade transactions with both foreign countries and domestically,” said Nikolaus Giesbert, a divisional board member for trade finance and cash management at Commerzbank, which has also tested DLT in capital markets.

Dr. Christian Ricken, a member of LBBW’s board of managing directors and head of its capital market business and asset management/international business, said DLT in trade finance “will make transactions faster, easier and more secure. Not only are we breaking new ground in terms of technology, but also in the cooperation between banks and businesses.”

Marco Polo said the next step will be executing transactions with a direct connection to the customers’ enterprise resource planning (ERP) systems, though it did not give a timeframe for this

Founded in 2017 by R3 and another blockchain tech firm, TradeIX, the Marco Polo network now lists 13 bank members on its website. Down the road, the consortium hopes to bring in more banks, as well as transportation and insurance companies, “so that the entire value chain for foreign trade transactions is represented digitally with data,” Marco Polo said.

However, Marco Polo is well behind rival network We.Trade, which already went live last year (and also has a baker’s dozen banks on board). On the other hand, We.Trade has a narrower focus (European small and mid-sized enterprises) and a nimbler corporate structure (it’s not a consortium) than member-controlled, globally minded Marco Polo.

“The Travels of Marco Polo” image via Wikimedia Commons