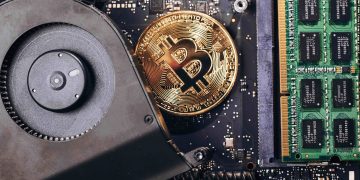 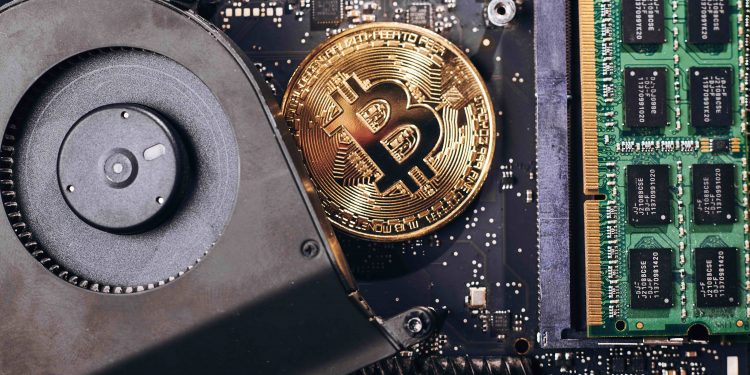 Things haven’t been easy of late for Bitmain.

After CoinDesk revealed the China-based crypto mining giant was planning an initial public offering (IPO) for September, the company has faced a wave of perhaps unprecedented scrutiny. On social media, allegations emerged Bitmain was everything from insolvent to presenting a rosy outlook for its financials, all the while investors linked to the funding effort backed away from the deal.

Now it appears Bitmain is facing a new and well-capitalized competitor.

Revealed exclusively to CoinDesk, Bitewei, a Shenzhen-based mining chip manufacturer led by Yang Zuoxing, the former director of design at Bitmain, has raised 140 million yuan (around $20 million) to bring to market mining chips that long-time mining industry insiders believe could lead it to rival at least one area of Bitmain’s business.

Tyler Xiong, COO of the bitcoin mining pool operator Bixin, which joined Bitewei’s initial investment, told CoinDesk that it believes the company’s Whatsminer line of mining chips to be “a game changer.”

Founded in Shenzhen in July 2016, Bitewei is now considered by some to be the most efficient hardware manufacturer on the market.

According to test results published by Bitewei, the upcoming WhatsMiner M10 is roughly 30 percent more efficient, in terms of electricity consumption than Bitmain’s most recent flagship product the AntMiner S9 Hydro.

Yang told CoinDesk Bitewei has so far received pre-orders of over 1,000 units of Whatsminer M10, a product scheduled to officially launch on September 19, but that started its pre-sale in mid August. With an average price around $1,600 depending on the shipping batch, the new product could already be generating a revenue beyond $1.6 million.

That said, Bitewei admittedly has a long way to go, as IPO materials suggest Bitmain controls 85 percent of the global cryptocurrency mining hardware market. Further, it has a well-developed software-based business, with its BTC.com and Antpool mining pools providing mining tools to 30 percent of the network’s miners.

This large market share is viewed with skepticism by cryptocurrency developers, who believe it conflicts with efforts to open access to cryptocurrency protocols and the digital monetary rewards they create.

As such, the fact that hardware distributors are already selling Whatsminer products has created excitement among those who believe the rise of additional, competitive mining chip providers could benefit the industry while better ensuring its ethos.

David Vorick, CEO of Obelisk, a company that set out to challenge Bitmain with an application specific integrated circuit (ASIC) miner for the Siacoin cryptocurrency, said he believes Bitewei proves that competition is possible, if difficult to achieve.

“There should be a lot more players in the bitcoin mining space and a lot more manufacturers, especially if we can figure out everything that Whatsminer is doing to get the efficiency gains that they’ve been getting.”

Others, however, say efficiency isn’t everything, and that Bitewei must still prove it can execute, avoiding the pitfalls that have seen other mining firms go bankrupt despite competitive products.

“It takes a lot, luck included, for a company to grow to that size and influence,” Xiong said, comparing Bitewei to Bitmain. “It’s hard for a new hardware company to get that influence now. Besides, there are only 4 million bitcoins left to mine.”

Ahead of the Whatsminer M10’s formal launch, Bitewei kicked off the pre-sale by publishing two rounds of testing results on August 10 and 25, respectively. In both cases, Bitewei claimed the machine was performing at a level that consumed 66 watts to 68 watts of electricity per 1 trillion hashes (66W/TH).

In comparison, according to the official specifics published by Bitmain about its latest AntMiner S9 Hydro, the mining giant’s flagship product has a power consumption that’s around 96 W/TH.

Speaking of growing competition from other bitcoin miners that recently launched products featuring 7nm chips, including Canaan Creative and GMO Internet, Yang said his next step is also to roll out a 7nm-chip bitcoin miner in 2019.

Yet, Vorick said he believes Bitewei now has a considerable edge compared to both other startups and incumbent competitors, as Yang’s 50-people team combines experience with cutting-edge chip designs.

“It seems like the majority of the design talent at Bitmain is now at Whatsminer [Bitewei],” Vorick said.

Perhaps that’s why Yang doesn’t appear deterred by fierce competition during the summer’s overall bearish crypto market, with bitcoin’s price sliding below $7,000. “The market always has ups and downs and 2018 is somewhat like 2014, during which the bitcoin price kept declining for a year,” Yang told CoinDesk.

“Nothing can stop the enthusiasm for people inside the industry. Outsiders may hesitate, like Intel or NVIDIA, but not us.”

Bolstering the enthusiasm for the company is that this isn’t Yang’s first industry effort, as his experience with bitcoin mining started long before he joined Bitmain.

After earning a Ph.D. in engineering physics from China’s Tsinghua University, Yang started in 2014 as a chip designer at ASICMiner, a bitcoin miner maker founded in 2012 by Jiang Xinyu – a.k.a Friedcat on bitcointalk.org – whose unexplained disappearance in January 2015 is still one of the bitcoin industry’s unsolved mysteries.

Promptly after Friedcat’s disappearance, Yang presented his full-custom chip design to Micree Zhan, co-founder and chairman of the Beijing-based Bitmain. It was the design that would soon become Bitmain’s Antminer S7, as Yang joined Bitmain’s team in the spring of 2015.

The full-custom methodology adopted by Yang, in layman’s terms, allows a designer working with integrated circuits to completely customize the layout of each transistor and how they connect to each other.

The benefit is that, as opposed to other methods such as semi-custom which uses pre-designed layout to some extent, the full-custom method allows a designer with the right skill-set to maximize the chip’s output at the lowest point of power consumption.

But, as Yang told CoinDesk, this method is also highly costly and time-consuming. That’s why it is best suited to large-scale production, like Bitmain’s factories.

It could have been a perfect match. However, Yang said he decided to move from Bitmain’s Beijing’s office back to Shanghai after just two weeks because he didn’t fit in with Bitmain’s “working environment,” adding he “didn’t feel respected.”  So he continued working part-time on designing the Antminer S7, balancing that remote job with a new side project of his own.

After Bitmain officially rolled out Antminer S7 in August 2015, Yang said he had five rounds of negotiations with Bitmain about equity, all while keeping control of his designs for the Antminer S9 for the company, soon to be Bitmain’s flagship product (revealed in May 2016).

Yang said while Jihan Wu – also co-founder of Bitmain – agreed to offer him 2 percent of Bitmain’s equity, Zhan did not go along with that plan and made an alternative offer of 0.5 percent.

Beyond Yang himself, Bitewei attracted several other bitcoin industry veterans.

The startup’s list of early investors included notable figures in the Chinese bitcoin mining community, such as co-founders of the F2POOL Wang Chun and Mao Shixing, as well as Wu Ying, chairman of an investment firm called China Capital Group. Based on a Chinese business registration database, both Mao and Wang are now Bitewei board members.

Bitewei’s rivalry with Bitmain intensified during the past two years as they battled over the intellectual property Yang designed.

Last year, Yang told CoinDesk Bitmain filed a patent infringement lawsuit against him over Bitewei’s adoption of the so-called “serial power circuit design” for Whatsminer – a technology that Bitmain secured a patent for in March 2016.

In retaliation, Yang filed a claim to revoke Bitmain’s patent on the grounds that serial power supply circuit designs were widely used and documented.

The Urumqi Intermediate Court in China’s Xinjiang province, where the legal complaint was initially filed by Bitmain, then followed the SIPO’s lead and dismissed the case on August 31, according to a court document Yang shared with CoinDesk.

By this point, Xiong noted that the animosity between these manufacturing teams was common knowledge in bitcoin mining circles. But the controversy surrounded Bitmain has gone far beyond this patent fight and its ongoing hardware and mining pool dominance.

Bitmain co-founder Jihan Wu has long been an outspoken supporter of the cryptocurrency bitcoin cash, created by a disagreement over the technical direction of the bitcoin software, a fact which has made him a persona non grata among bitcoin’s developers.

Yet as argued by the research firm Alliance Bernstein, Bitmain’s strong belief in bitcoin cash may have caused it an issue of declining cash flow, and may put it in a further position to be challenged by a competitor. Analysts wrote in a recent report that Bitmain now holds about 5.7 percent of the total supply of bitcoin cash, which they said was “likely” purchased using its operating cash and bitcoin holdings.

Bitmain’s controversy could turn out to be a boon for Bitewei, which has avoided entanglements with blockchain industry rumors and conflicts.

If Wu and Bitmain are bitcoin cash believers in their core, then Yang is simply the chip guy.

“Full-custom methodology can be applied to literally every type of chip,” Yang said of his vision for Bitewei, which is to become the greatest chip maker, hinting in the long-term, the firm is not limited to just making crypto miners.