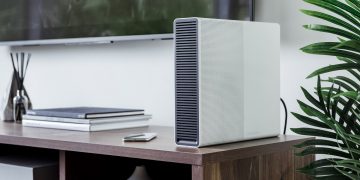 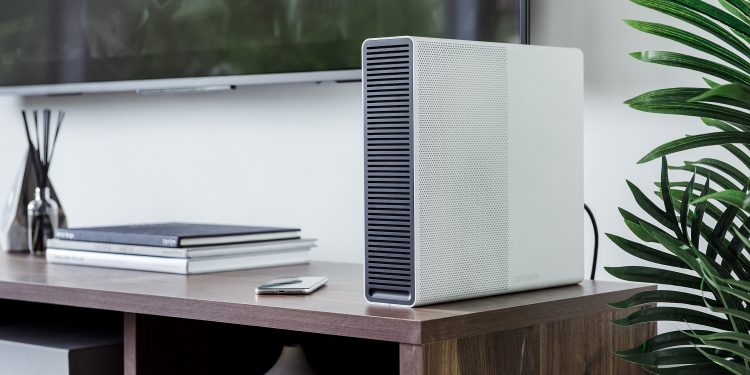 Try as startups might, crypto mining hasn’t yet had an everyman device.

Smart money, however, is betting that will change at the hands of a new company called Coinmine. Announced Wednesday, the startup is revealing its first product, the Coinmine One, a hardware device aimed at crypto enthusiasts who’d like to earn rewards for mining blockchains – without the need to learn a new technical skill set.

The Coinmine One will retail for $799 and start shipping in mid-December, though the company declined to give a precise date or name a specific goal for sales. Still, CEO Farbood Nivi told CoinDesk in interview that the company believes its mining product has mass-market appeal.

“We think there’s a market for millions, if not tens of millions.”

One investor, Chapter One Ventures, explicitly backed the project because it wants to see more ways for everyday people to get involved in supporting cryptocurrency infrastructure.

“Coinmine will democratize access to becoming a miner in a fun and approachable way that almost feels like playing a video game,” its founder, Jeff Morris, Jr., told CoinDesk.

Digging into the details

For $799, the Coinmine One will sport a miner that can generate any one of the following out of the box: ether (ETH) at 29 Mh/sec, monero (XMR) at 900 h/sec, zcash (ZEC) at 320 h/sec and ether classic. With updates next year, it also expects to be able to run a stake for a Bitcoin Lightning node, Dfinity or Filecoin.

It uses roughly as much power (120 watts) as a PlayStation 3 during game play and runs at 40 decibels (quiet compared to the cacophony created by other mining products). With a profile like the one above, most people probably wouldn’t be horrified about it being visible in a room that a guest might visit.

More importantly, in an effort to make the product as user-friendly as possible, the system will be automatically updated as changes are made on the protocol and as more coins become available. Users will be able to monitor their earnings and manage them using an Android or iOS app (seen below).

If the company is right and consumers love it, don’t look for today’s mining hobbyists to agree. There’s nothing about its specs that compares to other miners sold on the market today that those much more tech savvy users are using. Coinmine One’s hash rate is much lower than those devices, and the price for its hash rate is higher.

But these issues, Nivi argues, miss a larger point.

Even if the current miners cost a third as much, he says they would still be out of reach to normal people: the ones who don’t know how to set them up or lack a place to store and operate hardware heats up quickly and generates a lot of noise. And they won’t know how to update them when protocols change, either.

Nivi and his company are betting, therefore, that there are people who want a way to participate in mining but want a lower path of entry. Another way to think of Coinmine is that it’s building on the market concept proven by what Honeyminer runs on PCs.

The CEO emphasizes the fact that the Coinmine One will remove some of the hardest work from users. He said: “The one thing that’s consistent in crypto is that it’s constantly changing and evolving. Coinmine is the only solution that makes it possible to continually be a part of that.”

That said, the business of selling home miners has not gone well historically.

Names like Butterfly Labs, Alpha Technology and GAW Miners comprise just part of a long history of mining product makers that didn’t stand the test of time (or didn’t devolve into outright fraud).

Other companies failed to balance the production-intensive process of making hardware with the demands of retail customers – particularly when the making of that hardware didn’t go according to plan. Even those that played the game by the book were unable to survive for the long-term, especially when contending with the downturn in cryptocurrency prices in 2015.

Case in point: a little piece of home mining history wrapped up this year when Josh Garza was convicted of wire fraud.

Garza’s company, GAWMiners, first made its mark by reselling imported mining equipment, and later expanded its business by hosting miners and then, later, offering so-called “virtual miners” that were later deemed securities.

Ultimately, it was Bitmain – with its economy-of-scale, access to cheap power and operation of mining services on both the hardware and software side – that came out on top, though other companies have emerged with possible competitive edges. And to this day, Bitmain still makes budget miners that could be affordable for a middle-class American consumer who owns a big garage (and a patient family tolerant of noise).

And yet it only takes a glance at any of these products to see an immediate difference from Coinmine One. ASIC miners look like enormous shoe boxes with a fan in a cage stuck to one end, like something that really doesn’t belong anywhere but a garage (unless someone wants to try to use one as a way of providing electric heating, an approach CoinDesk once proposed).

More importantly, the prior generation of miners look like companies took their pro versions and scaled them down a bit in price, noise and voltage, without fundamentally rethinking the design or user experience.

“If you go and buy these crypto devices online they sound like there is a vacuum cleaner running constantly,” Nivi said.

At 40 decibels, the Coinmine One shouldn’t even be noticeable, and, with its low electricity consumption, a user’s utility bills shouldn’t jump aggressively. Which isn’t to say that the business will be any easier, but it does support their case that the devices exist in a new category.

The evolution of miners from home-based enthusiasts to industrial-scale behemoths highlights the fundamental business model of a miner: a kind of arbitrage where profits are made when the cost of energy is lower than the return on the cryptocurrencies mined and sold.

But Nivi argues that the Coinmine One is intended technology enthusiasts rather than profit seekers – as in, people who want to try out different protocols and interact with the communities behind them – while also having some skin in the game. More broadly, it’s for people with a long-time horizon who aren’t focused on making enough cash to keep the lights on and miners humming.

The Coinmine One isn’t single-use hardware, either. That said, it can only run one of a few proof-of-work tokens at a time. With forthcoming updates, it will also be able to run one of several proof-of-stake tokens as well.

This differentiates it from most other miners, built to mine as much as possible of just one coin. Take for example these two ETH miners. They cost twice as much but they also deliver about six times more hash power.

That might make it sound like Coinmine One is a bad deal, but that depends on a person’s situation. Someone living in an urban apartment, for example, could never run one of those miners, even if they could afford it.

The startup appears to be aiming to create a new product category in the mining sector.

“The real magic of the product is the software and hardware compatibility, which reminds me of Nest or Ring,” Morris told CoinDesk, referring to the unicorn startups that built mobile-enabled home thermostat and home security devices. Each were subsequently acquired at unicorn valuations, by Google and Amazon, respectively.

Even still, is the Coinmine One worth it?

One danger some users might foresee is that lots of people will buy it making the tokens it mines less lucrative for each miner. Nivi points out that they will keep adding new tokens, giving users options. Furthermore, though, he also contends that more miners means more value for what miners do earn.

“While more people mining a coin can decrease the amount of coins you earn, it also increases the value of the network,” he said.

Normally, in discussion of mining equipment, users calculate how long it will take them to recoup their capital expenditure in fiat from earnings in crypto. In conversation with CoinDesk, Nivi rejected that short-term analysis.