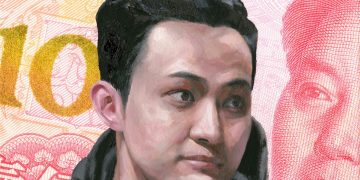 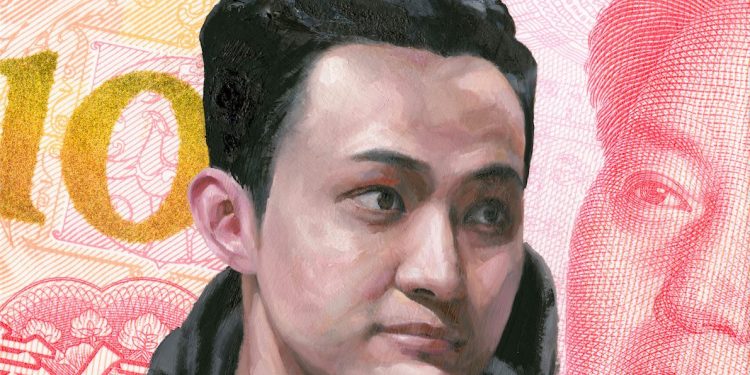 Alexander S. Blum is Chief Operating Officer of Two Prime. He has led blockchain projects and startups for more than seven years, including at Atomic Capital, crypto hedge funds, and consulting projects at Fortune 500s, the World Economic Forum and prominent blockchain start-ups.

I recently had the good fortune to attend the 2020 Satoshi Roundtable in Playa Del Carmen, Mexico. While there, I met TRON Founder and CEO, Justin Sun. I also witnessed the social media feeding frenzy that ensued as prominent crypto Twitter influencers posted trolling tweets with him. It was really fun. To many, Justin and TRON epitomize a class of useless altcoins – superficial marketers perverting crypto’s “true” purpose. There are oft-repeated claims that Justin and his team plagiarized their white paper and that TRON has no value as a technology. Yet, TRON currently hovers around a $1.3 billion market cap, already acquired BitTorrent and Steemit, and Justin and friends recently palled around with Warren Buffet. What the hell?

I’ve seen a wide breadth of this industry after seven years, working at traditional and blockchain VC funds, leading security token business Atomic Capital, and now as the COO of crypto finance firm, Two Prime. It may seem baffling that this 29 year old wunderkind leads one of the largest blockchain networks in the world. However, when you approach the spectacle of TRON and Justin Sun with a traditional financial lens, you start to see that maybe all the flack TRON receives points to something else – an industry lost in theoretical achievements to the detriment of practical ones.

Building a Blockchain and a Business

It’s useful to look at Justin’s background to start. The kid is no dummy. He studied at the University of Pennsylvania and was hand-selected to attend Jack Ma’s Hupan University. Prior to starting TRON, Justin worked as the head of Ripple in China. Ripple’s model, similar to EOS’, is what we at Two Prime refer to as a Continuous Token Offering – an ongoing sale of a token in public and private market concurrent with the use of raised funds. Knowing this, it seems to me that Justin has taken his Ripple experience and applied it to TRON, seeing the token as a financial instrument before a technical one.

So then why the TRON disdain and epithets? Like many altcoins, TRON is a money-making initiative often posing as a technical product. This branch of cryptocurrencies exists because technical blockchain jargon provides regulatory cover and fundraising juice for what are, essentially, financial products. While a “dividend payout” implies a regulated security product, a “user staking reward” doesn’t. In practice, they are pretty damn similar. Additionally, the language of things like Web3, Layer 2 solutions, and Oracles speaks to long-time crypto buyers and helps TRON to market itself adeptly. It’s this false, technical facade that draws the ire of more purely focused technologists.

“True” blockchain technologists are quick to delineate between the “real” blockchains and tokens and those just looking to make a quick buck. Yet, if we try to understand the realities of entrepreneurs like Justin, we can see why technical language offers a sensible way to raise funds and develop a global, borderless business. It helps sidestep the constraints of regulation while tapping into a thriving community of supporters. Though TRON has drawn criticism for putting promotion before development – it seems they wisely focused first on building adequate capitalization and community. Having done that, they are now executing on some of the technical claims they initially espoused – much in the same way Binance did.

Viewed through the lens of traditional finance, TRON is acting pretty predictably. It is acquiring more market share through the acquisition of weakened competitors, like BitTorrent, and their networks while promoting their retail financial product. They’re performing a balancing act between being a financial product and a technical one. As with EOS, this need to keep up two competing business identities may become a barrier to TRON in the long term. If it could drop the pure technology act (like the TRON Developer Guide) and simply behave as a FinTech investment product, they could expend less money and energy on, most likely, a deadend blockchain and useless dApps and instead work to appeal to mainstream finance.

Justin is leading TRON as a for-profit business pretty well. Why does that irk many hardcore developers? For those in the Western world sticking up their noses at TRON, it’s worth reflecting on how deeply elitist it is to judge from a position of pure technical idealism.

As a former Peace Corps volunteer, I can tell you that most people don’t care about DeFi and obscure dApps. They care about making money and eating food. The emergence of TRON in highly competitive Asian markets is commendable. They are pioneering a new business model and creating wealth ex nihilo – out of thin air – because they focus on what works today. Their users share the company’s pragmatism. TRON, EOS and Ripple are pioneering community-centric financial products that offer exciting new models for wealth creation. Building a loyal base of users that will accept these tokens as money sounds similar to the start of the US Dollar. Better yet, TRON is bringing together a community bound by culture, rather than geography or ethnicity, and without violent coercion.

It’s no surprise to me that Justin sought a meeting with Warren Buffet and not Steve Wozniak. Buffet has made a fortune from discerning real value and human needs, like razors and insurance, and isn’t lost in technical hyperbole. From what I’ve seen, Justin has the insight to recognize the interplay between a product marketed as technology and the financial reality of its applications. This clear-eyed approach to growth and success could be a lesson for many in the industry who are still lost in the abstract world, trying to wrap golden ponies dancing in magical rainbows on a blockchain. Maybe it’s time we put aside the self-congratulations for our technical genius and start making stuff real people care about.