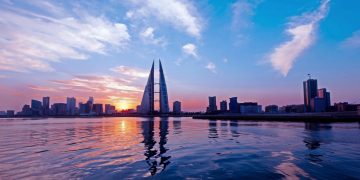 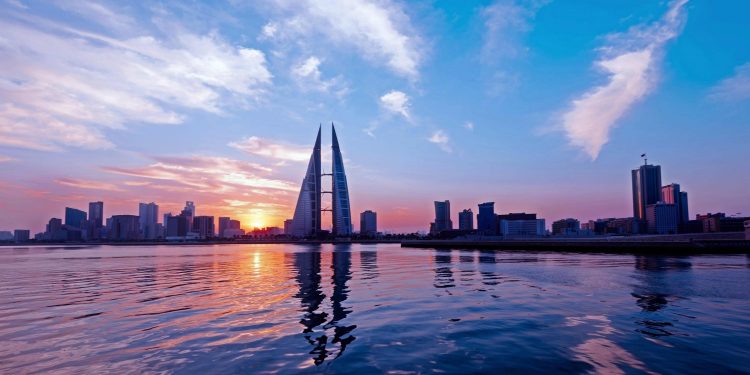 Two blockchain veterans are gearing up to launch what could be the first cryptocurrency exchange in the Persian Gulf to be licensed by a central bank.

Revealed exclusively to CoinDesk, Rain Financial has opened its public waiting list after a year in the Central Bank of Bahrain’s fintech sandbox. Co-founded by Saudi blockchain consultant Abdullah Almoaiqel and Egyptian investor-turned-meetup organizer Yehia Badawy, Rain aims to offer both a brokerage for retail crypto investors and an institutional platform along the lines of Coinbase Pro in Silicon Valley.

Although at least five other exchanges are also involved with the Bahrain sandbox – a regulatory program where applicants experiment in a closely supervised environment before graduating to full-fledged licensed businesses – Rain was the first to join in September 2017, and expects to launch in early 2019.

“What is unique about Rain is they are the most advanced and the closest to graduating,” Khalid Saad, CEO of Bahrain Fintech Bay, a non-profit co-working space for local startups, told CoinDesk.

“There’s no cryptocurrency exchange in the region that is officially regulated. Hopefully, Rain will be the first one.”

Such an entity could conceivably encourage new capital flows into the crypto ecosystem from a part of the world rich in natural resources like oil and gas. As it stands, few Persian Gulf residents officially participate in the crypto markets, partly for fear of the sector’s shadowy reputation (although Dubai has notably been a pioneer of “smart city” applications of blockchain technology).

Crypto-curious investors “are waiting for the right regulations to be in place and the right partners,” Rain co-founder Badawy said. “We are here to fill this demand, with institutional-grade infrastructure.”

Intrigued by the potential of this largely untapped market, crypto veterans such as Cumberland Mining founder Mike Komaransky, Bitcoin Core developer Jimmy Song and the crypto wallet startup Breadwallet, have all invested in the Bahrain-based startup. (Rain would not disclose how much it has raised.)

Further, Rain has tapped Joseph Dallago, an alumnus of the crypto wallet startup Abra, to be its CEO.

To be sure, the Dubai-based incumbent BitOasis has been facilitating bitcoin purchases since 2015, and is also a participant in the Bahrain sandbox.

But while BitOasis (which did not respond to several requests for comment) has focused on building an active user base among retail investors, the Rain founders have been meeting with institutional players throughout the region, from bankers to regulators, seeking their support.

They faced an uphill battle. Kuwaiti regulators have essentially banned institutional traders from working with cryptocurrencies. Meanwhile, the Saudi Arabian Monetary Authority asserted in August 2018 that “no parties or individuals are licensed” to trade bitcoin in the kingdom.

“The primary concerns with the regulators in Saudi Arabia is with unregistered entities,” Rain co-founder Almoaiqel told CoinDesk. “Some of the regulators are not aware that bitcoin payments are not really anonymous and there are ways to track these.”

After months of educating regulators about the know-your-customer and anti-money-laundering standards applied by Western exchanges, which it plans to follow, Rain says it has secured banking partners to allow fiat-on ramps in all the local Gulf currencies.

“It’s been a long journey educating our different regulators and partners,” Badawy said.

But Rain has also been fortunate in that “Bahrain is a really advanced and progressive regulator in the region,” Almoaiqel said. And the sandbox environment allowed the company to show the Central Bank of Bahrain how it would operate while limiting the damage should something go wrong.

“Whatever goes into a sandbox is designed to be small enough to fail, so that if it doesn’t work out there is remediation available,” noted John Collins, a partner at the advisory firm FS Vector in Washington, D.C. and former head of policy and government affairs at Coinbase.

Aside from giving startups “a safe space to work with regulators,” Collins said, sandbox programs around the world are creating “regulatory bridges” across jurisdictions, such as the cooperation between the U.S. Commodity Futures Trading Commission and the U.K. Financial Conduct Authority.

“That’s another added benefit, especially for crypto exchanges,” Collins told CoinDesk. “If you are able to be in a sandbox but interacting with any number of different regions at the same time, that is a uniquely good fit for a crypto product.”

Across the Gulf, crypto adoption has been slow to take root compared to Middle Eastern countries like Turkey and Israel. Yet Rain CEO Dallago told CoinDesk people in the Gulf often value universal assets, such as precious metals, far more than retail investors in Western markets.

“We feel like the regional tastes really match up with the characteristics of bitcoin,” Dallago said. “There’s a lot of pent up demand in the region.”

Further, Almoaiqel said, “remittance is a huge use case here. The region has a high population of foreign workers.” Indeed, immigrants and expats reportedly make up more than half the population of the Gulf countries except Saudi Arabia.

Still, it’s hard to say how much demand there really is given the precarious regulatory climate. The peer-to-peer exchange LocalBitcoins facilitated just $266,634 worth of Saudi bitcoin trades the second week of September, volumes comparable to neighboring countries like the United Arab Emirates. This is a pittance in contrast to places like Argentina, which saw $6.9 million worth of LocalBitcoins transactions the same week.

On the other hand, many believe that broader education in the Gulf could tip this scale. So Rain’s co-founders are organizing dozens of local bitcoin meetups from Kuwait to Saudi Arabia, including an event at the Bahrain Fintech Bay headquarters that attracted around 50 participants in July.

“The point of these meetups is to educate people in the region about the benefits of digital currency,” Almoaiqel said, concluding:

“It’s our duty to counterbalance all the negative news about cryptocurrency scams.”

SpankChain Loses $40K in Hack Due to Smart Contract Bug

SpankChain Loses $40K in Hack Due to Smart Contract Bug