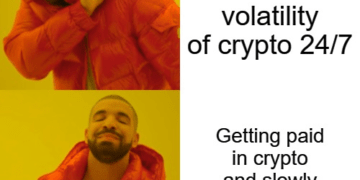 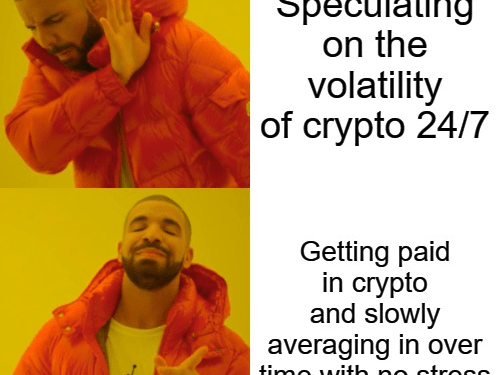 In November 2011, when Nicholas Merten saw a video describing Bitcoin, he dismissed it, subsequently lamented that “I regrettably did not do the proper thing.”
It’s difficult to blame him; after all, he was only 13 years old.

Now 23, he manages DataDash, a YouTube channel focused on the bitcoin business with over 470,000 subscribers. He discusses trading ideas and provides insightful, balanced, and intriguing comments on a variety of timely topics, as well as occasional speculation. What makes his channel unique is that it is nearly entirely devoid of hoopla, favoring measured and temperate analysis.

Merten is also the founder and CEO of Digifox, a DeFi firm that wants to serve as a one-stop shop for new cryptocurrency investors, soon allowing them to automatically invest a portion of their salaries in cryptocurrency using dollar-cost averaging.

Merten began trading at the age of 13, though he adds that “even before that, I was doing research,” causing one to wonder if his first words were stock tickers. He was rapidly struck by the entrepreneurial bug, and by the age of 17, he was experimenting with his own clothes firm and “attempting to manufacture relaxation beverages” through recipe development with a partner company.

“It was a nice head start to understand a lot of the emotional nature of markets and market cycles.”

Merten, who grew up in Virginia, chose to study business administration and finance at Virginia Commonwealth University as a result of this “intimate interest” in entrepreneurship. He swiftly dropped out, opting for an alternative education through Praxis, which places accepted students in six-month internships for on-the-job learning following a three-month training phase. Frequently, these internships lead to full-time work, and Merten “was ecstatic to secure my first job.”

Merten recounts his first work as a sales data management intern at the age of 18, which was located “six blocks down from where Steve Jobs used to reside” in San Francisco. This was followed by six months as a content manager at ClickUp, a project management software startup that is “like a billion dollar unicorn now,” he says, highlighting the chances for learning that come with working at a fast-growing company.

Merten founded his YouTube channel, DataDash, while working at ClickUp, with the intention of covering data science and analytics. After Merten posted a few videos on the subject, DataDash quickly became a bitcoin channel. “After a couple hundred views, I said, ‘you know what, I’m going to keep going,'” he remembered.

Merten chose to leave his job at ClickUp in the midst of the 2017 bull market in order to concentrate his full-time efforts to his crypto art.

In 2019, he expanded by establishing Digifox, “which I began creating in 2013.” The business offers a smartphone wallet application that enables users to trade and earn interest on bitcoin deposits via a Celsius plug-in.

Digifox will release a “get paid in crypto” feature in the coming weeks that will enable users to get a percentage of their pay in cryptocurrency directly from the app. Initially available in the United States of America and later in the European Union and the United Kingdom, salaried employees will be able to request that their human resources departments direct a portion of their paychecks to a Digifox-owned bank account. “Your employer is not required to know that you are earning cryptocurrency,” Merten says, adding that the software charges a flat fee of 1%.

“Buying crypto but in the US, I know that a lot of banks, they’ll freeze transactions on debit cards or bank accounts — we think of this as the ultimate crypto on-ramp.”

This strategy of investing in a cryptocurrency on a regular basis is referred to as dollar-cost averaging, or DCA, and is a well-known concept from the world of traditional investing. Merten explains that many new investors ask him “whether now is a good moment to buy in terms of pricing,” to which he recommends DCA as a risk-management strategy.

Getting paid in crypto needn’t be complicated – sign up on the Digifox app today.

This is because the average customer may be unaware they are investing in a fleeting peak. If we consider a continually rising asset, an investor who does not have a significant quantity of investment capital available for immediate allocation would be better off investing $1,000 every month for 12 months than saving up for a year to invest $12,000 at the end. That is why I am compensated in Ethereum — a transaction that has benefited me greatly.

“This is an excellent strategy. In this situation, for someone to invest passively and avoid market stress,” Merten confirms. Another advantage of the dollar-cost-averaging strategy is that its methodical design helps protect against the sometimes dreaded “panic selling” that many new investors succumb to when their investment loses value.

In contrast to many other channels, Merten’s DataDash does not encourage its subscribers to engage in excessive trading or leveraged positions despite the possible profits. “The first thing I preach is ‘do not day trade,'” he says, noting that passive investors are 95% more likely to profit than active investors. However, there is something potentially even riskier than day trading: trading on leverage.

? We’re hosting a webinar and LIVE Q&A with @Nicholas_Merten on Dollar Cost Averaging next week!

You can ask him a question by joining us on zoom.

Click the link below to get your invite before all of the spots fill up!https://t.co/NUIMI4Qvzt pic.twitter.com/d2Lz6CSmNW

According to Merten, leveraged trading is the greatest risk that cryptocurrency investors face today. It’s alluring, with a single correct call “easily” yielding enormous gains in a short period of time – but at a high risk. Despite his warnings, many view leverage as an inherent aspect of cryptocurrency investing, with a huge number of influencers referring to leveraged trades as “positions” to distinguish them from simple 1:1 “spot” ownership.

“It’s terrible that so many individuals are getting into leveraged trading — you know, trading on derivatives platforms, which is normally a losing proposition for the majority of people.

With margin trading eliminated, Merten encourages customers to invest in decentralized finance, or DeFi, solutions. Merten feels the app’s DeFi-like feature is critical since Ethereum’s high gas prices make on-chain transactions too expensive for retail investors, even if they understand what they are doing. “A little investment, say a $1,000 investor, will struggle because there is an immediate 5-10% cost on their trade,” he argues, his figure most likely exaggerated.

ETH gas fees are highest from 4 pm to 12 am EST, especially on Tuesday & Thursday.

It’s cheapest to trade ethereum on weekends, especially Sunday, from 1 am to 6 am EST. ? pic.twitter.com/wj8pLHHnpZ

When trading tokens or adding liquidity pairings to decentralized exchanges like Uniswap or SushiSwap, gas expenses quickly pile up. “As fantastic as it is for someone trading thousands, hundreds of thousands, or even millions of dollars, it makes no sense for our ordinary users,” Merten asserts. Recently, NFT minting has been blamed for gas price hikes.

Once the cryptocurrency is in the Digifox wallet, customers can opt to deposit it in a yield account, where it “can earn up to 5%” in the same currency. This is accomplished by way of a direct connection to the external Celsius platform. As is the case with traditional banking, depositors receive money when other users choose to borrow from Celsius using cryptocurrency as collateral. “We attempt to convey the idea that it’s similar to a savings account,” Merten explains.

Though “Celsius does not have a significant insurance policy” for the bitcoin that users have in custody while paying interest, Merten claims he chose the platform after investigating the security methods of competitors such as BlockFi and NEXO. He anticipates that the company would eventually allow consumers to earn a lesser rate of interest, or yield, in an insured pool where “part of the yields they’re foregoing go into an insurance fund” to cover potential losses.

He concedes that Celsius’s $20 billion in assets under management “provides some comfort,” but Digifox is a relatively small participant at roughly $10 million.

Merten believes we are now halfway through the cryptocurrency market cycle — not in a moment of dread or doubt, but also not quite at the top of optimism, which he defines as Bitcoin approaching $200,000 and Ethereum trading between $15,000 and $20,000. He asserts that this would value the crypto market at $10 trillion, a long cry from the present $2 trillion market cap.

“Unlike the majority of people, I believe the cycle will not end this year or in early 2022 — I believe it will end in late 2022 or early 2023,” he says, referring to the several industry commentators predicting a high around the incoming new year.

Rather than relying on calendar dates, Merten believes in “growing cycles,” in which market cycles lengthen by “11 to 13 months compared to earlier cycles.” He argues that the first Bitcoin market cycle, in his opinion, lasted 11 months, followed by the second, which lasted 24 months. Given that the cycle ended in 2018, he thinks the bull market in 2022 will run approximately 47 months.

“If history repeats, it would be December 2018 for the start and November 2022 for the cycle end,” he says referring to Bitcoin, adding that altcoins are likely to top “soon after.”

Despite his proclivity for forecasting, he admits to being completely shocked by this year’s NFT boom. “I assumed CryptoKitties was the end of it in 2017, and I was surprised to see it return with such a force,” he recalls, referring to the cat-breeding NFT project that choked the Ethereum network in 2017. Merten maintains an open mind despite the sector’s fraud and “over-hype.”

Merten, who has ten years of investment expertise, believes that a long-term perspective is critical for individuals seeking long-term earnings.

“I like to make a few simple coordinated investments for trades — over a one to two year timeframe. I like to get into the maximum point of fear and doubt in the market when prices are at historic discounts, and I like to ride the wave.”

Here's What You Need to Know About the Bitcoin Futures ETF