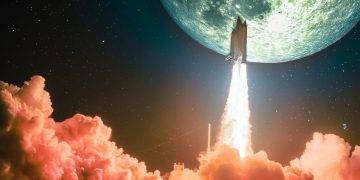 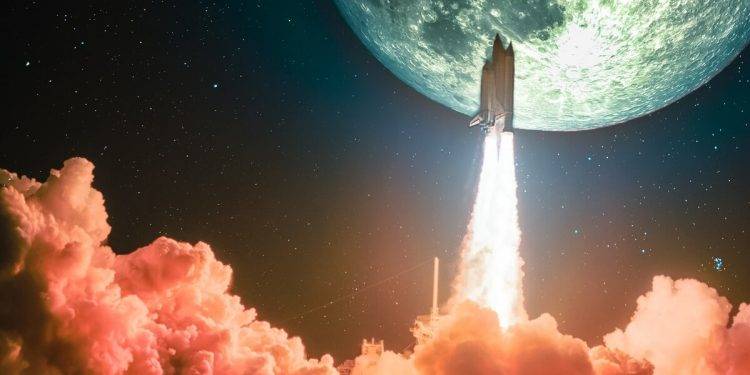 The upward advance began explosively at 13:40 UTC and lasted only 5 minutes before a tiny reversal occurred, followed by additional upside.

Following bitcoin’s rise, ethereum (ETH) also increased in value. Simultaneously, it is trading at USD 4,089, up 7% in a single day and 18% in a week. Apart from that, the period between May 10 and 15 of this year was the only occasion in the cryptocurrency’s history when it traded beyond the USD 4,000 barrier. Other prominent altcoins are up between 2% and 10% in a single day.

As is customary, liquidations followed, with Bybt statistics indicating that almost USD 77 million in short positions on bitcoin were liquidated across key exchanges in the last hour.

As previously noted, today’s new all-time high in US dollars comes on the heels of previous all-time highs in a number of other fiat currencies, including the euro and the Japanese yen.

As with the underlying spot bitcoin market, the newly formed bitcoin futures-backed exchange-traded fund, BITO, increased in price today, reaching USD 43.60 per share at 14:36 UTC.
This compares to a price of USD 40.99 for the ETF’s first recorded trade yesterday.

The same was true for the fund’s underlying futures contracts, which are traded on the Chicago Mercantile Exchange (CME). Notable, however, is that the futures did not trade at a significant premium to the spot price, as some had predicted, but rather remained within USD 400 to 500 of Coinbase’s spot price.

Meanwhile, according to a filing with the US Securities and Exchange Commission (SEC), VanEck has won approval to establish its own bitcoin futures-backed exchange-traded fund (ETF), following the successful debut of ProShares’ fund on Tuesday.

According to the application, the ETF will begin trading on October 23, which is a Saturday. As a result, the first trading day for VanEck’s bitcoin ETF is expected to be Monday, October 25.

According to the fund’s prospectus, VanEck’s bitcoin ETF will trade under the ticker XBTF and will be listed on the Cboe BZX Exchange.

In an emailed statement to Cryptonews.com in response to the ETF clearance, Kay Khemani, Managing Director at crypto trading platform Spectre.ai, stated that the “bitcoin story has been in a holding pattern this year.”

“Favorable regulation for bitcoin which would see it being weaved into the existing financial fabric has been one of the biggest upside catalysts for the bull run,” Khemani said, adding that the ETF approvals “will allow for further institutional adoption of the asset over time and thus lead to increased demand.”

Similarly, according to Bloomberg, Jesse Proudman, co-founder and CEO of crypto advisory Makara, crypto as an asset class is here to stay.
“This is a time of validation. It is no longer a question of whether this asset class will survive – I believe this is a watershed moment in the history of the broader digital asset class,” Proudman stated.

Bitcoin is expected to reach a peak of USD 80,021 in 2021 before completing the year at USD 71,415 on average, according to a study of 50 fintech experts conducted by comparison website Finder.com.

“The longer-term outlook for BTC is considerably more optimistic: panelists anticipate that by the end of 2025 and 2030, BTC prices will have soared to an average of USD 249,578 and USD 5,237,082, respectively.
While this is a big gain over Bitcoin’s current price, the forecast for the end of 2025 is almost 20% lower than the panel’s prediction in July, according to the research.

Martin Fröhler, CEO of the trading platform Morpher and one of the survey respondents, believes bitcoin is a good buy right now due to “a macro environment of central banks printing money at will, strong on-chain fundamentals, institutional adoption, and a futures-based bitcoin ETF in the US,” all of which he believes will propel BTC to new highs in 2021.

On average, Finder.com discovered that 46% of a panel of 50 “industry experts” asked believe now is a good time to purchase bitcoin.
8% indicated they would advise others to sell now, while 46% advised to “hodl.”