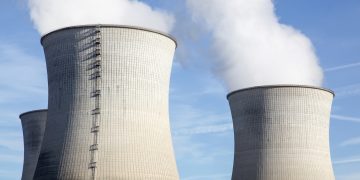 A Russian nuclear lab scientist will serve three years in a prison colony for illegally using government equipment to mine bitcoin.

Andrey Rybkin of the All-Russian Scientific Research Institute of Experimental Physics in Sarov, Russia, was the last employee of three to be sentenced by a local jurisdictional court according to Russian news source Meduza on Thursday. Rybkin will also pay a 200,000 ruble ($3,122) fine in addition to his prison time.

The other two employees convicted over the mining case were handed fines, and one a suspended four-year sentence, the report added.

Rybkin was specifically charged with infesting lab equipment with viruses and accessing digital information inappropriately for his position.

Noted for helping to produce the former Soviet Union’s first nuclear bomb, the Sarov lab holds some of Russia’s most powerful supercomputers. Rybkin, along with two other employees, accessed the lab’s network and a supercomputer to mine bicoin in May 2017. Equipment damages to the facility reportedly ran north of 1 million rubles ($15,605).