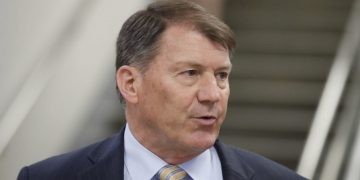 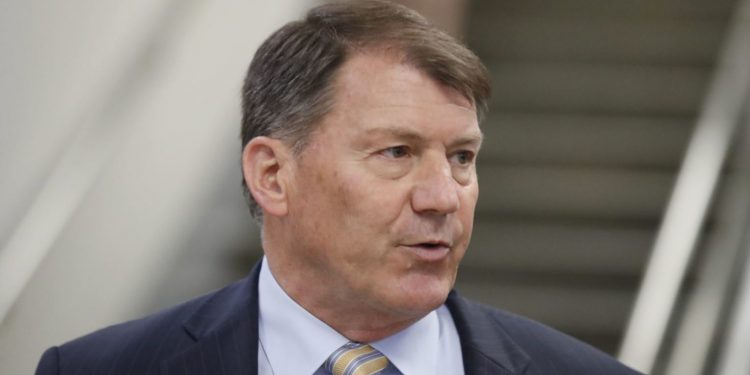 Amid a sea of scorn, one U.S. Senator is praising Libra.

Sen. Mike Rounds (R-S.D.) wrote a letter to Libra Association member Anchorage, a South Dakota-based trust company, endorsing the Facebook-led project and citing it as an example of a technological advance he feels is needed to aid U.S. consumers.

Rounds also pushed back against a more “ominous” letter penned by Senators Brian Schatz (D-Hawaii) and Sherrod Brown (D-Ohio), warning the CEOs of Mastercard, Visa and Stripe that they may come under increased regulatory scrutiny should they continue participating in Libra. (All three, alongside PayPal, eBay, Mercado Pago and Booking Holdings, later quit the project.)

“Technologies like Libra … have the potential to help unbanked and underbanked consumers right here at home,” Rounds wrote Wednesday, adding:

“It would be unfortunate to shun a new solution that could connect more of the most vulnerable Americans to our financial services system.”

Facebook revealed Libra to widespread criticism and regulatory pushback in June, announcing a plan to bring financial services to 1.7 billion unbanked individuals worldwide using a digital currency accessible by any smartphone. Policymakers and other regulators denounced the project as a potential tool to destabilize the global financial order.

At its unveiling, Facebook announced that its subsidiary, Calibra, and 27 other companies would form a governing council to oversee the project, with plans to swell its ranks to 100 companies when Libra is ready to go live. Earlier this week in Geneva, 21 of those companies officially signed the charter forming the Libra Association.

Rounds emphasized the potential for Libra to aid unbanked users in his letter, noting that the Federal Reserve “is itself still years away” from creating its own real-time payments platform. Cryptocurrencies can take on this role instead, he said.

“Given the length of time it will take for the Fed to finish FedNow, the Libra Association should not wait to see if recent conversations about a Fed-run digital currency come to fruition,” he said.

Moreover, backlash to Libra within the U.S. “is particularly puzzling,” given the age of the current legal framework around cryptocurrencies, he said, adding:

“As it stands, we have no clear legal way to ascertain whether a cryptocurrency is a security. What legal foundation we do have for these types of questions is rooted in the Securities Act of 1933. That law was written more than half a century before computers and the internet were created, more than two decades before Hawai’i was admitted to the Union, a decade before the jet engine was developed, and in a period of time in which 90 percent of rural America lacked electricity.”

While the Libra Association and its members should follow the law in developing the project, Rounds said the pushback is “not healthy for innovation.”

“The demands of a few of my colleagues should not be viewed as defining federal policy when it comes to innovation in digital currencies,” he added.

Rounds praised the “deliberate approach” taken by the Libra Association to date, citing conversations with Congress and U.S. regulators as two examples.

“While the Association is still in the process of standing up its governance framework and its operating rules, it would be a shame to lose the progress you have already made in creating Libra,” he said.

Libra aside, Rounds said Congress and U.S. regulators should act to make it easier for cryptocurrency companies to operate within the U.S., saying a number of companies have told him that they find it easier to operate overseas.