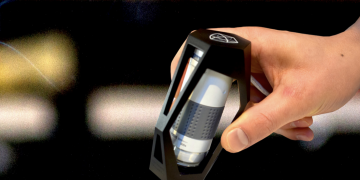 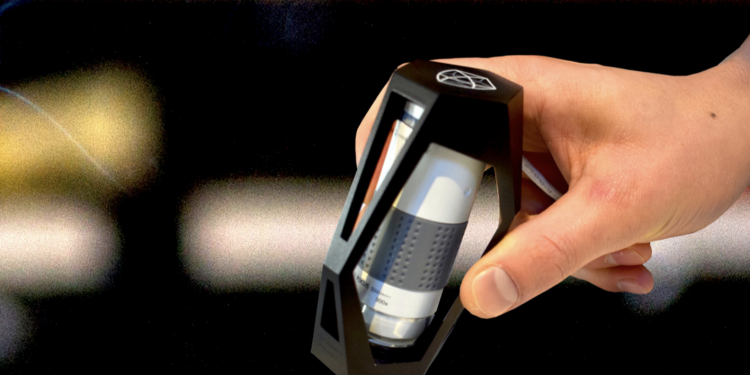 DUST Identity’s service, known as DUST Ledger, allows users to enroll all manner of physical objects onto a blockchain, the founders claim. The system uses a product called the Diamond Unclonable Security Tag (DUST), a coating that uniquely identifies an object when it’s placed under a scanner. The coating is tagged to the specific object, be it a shipping container or transistor, allowing users to track the product’s provenance around the world, DUST Identity says.

The team announced Monday that it is now part of the SAP Cloud Platform Blockchain, allowing that service’s enterprise users to paint their objects and enroll them on the ledger at will. Plans start at $3,600 a month for users who want to try the tech.

The company previously raised  $2.3 million from venture capital firm Kleiner Perkins and also got cash from the Defense Advanced Research Projects Agency (DARPA), an agency of the U.S. Department of Defense, for its work in logistics and tracking.

One of the co-founders, Ophir Gaathon, has a deep background in diamond materials and received his Ph.D. in Applied Physics from Columbia University. His partners, MIT professor Dirk Englund, and MIT Ph.D. Jonathan Hodges, have backgrounds in quantum photonics and optical system design, respectively. Initially, they joined forces to figure out how to use diamonds in quantum computers.

“It was clear that there are several very interesting applications that can be greatly impacted by the use of diamonds,” said Gaathon. “However, we realized that, for any commercial application, there are three fundamental things that we need to tackle first: know how to make and nanoengineer diamonds at scale, how develop the hardware technology that can ‘talk’ to our diamonds, and how to build an intuitive software interface platform that will enable any user to extract value from our diamonds.”

For the third part, DUST turned to the blockchain – specifically, a private one built using the Hyperledger Fabric platform.

“We started to look at the security threats facing supply chains – specifically how electronic parts that can jeopardize defense platforms and critical assets,” said Gaathon. “We found that, in many cases, the issue (and cause of friction) is that the parts or the data about the parts (or both) are difficult or impossible to identify, link, and trust. Trusted physical identity was simply missing. So we decided to build it. And that’s how DUST was born.”

DUST competes with other, more-established products like near-field communication (NFC) tags and other nano-coatings. But if the blockchain lives up to its promises, perhaps in the near future diamonds will be a logistician’s best friend.