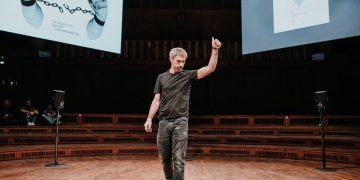 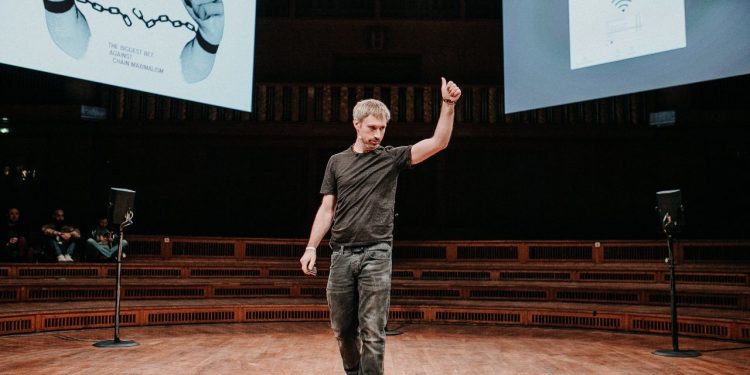 “We haven’t had an opportunity like this in the past 500 years.”

That’s Amir Taaki speaking on a closing panel at the Web3 Summit in Berlin Wednesday, and his statement was greeted with breathless applause by the audience. An early bitcoin developer, Taaki addressed a crowd of more than a thousand coders that had gathered to discuss “Web 3.0” – or the restructuring of internet infrastructures with an emphasis on decentralization.

“Maybe the technological proposals that people are talking about are not very well grounded, but I do see a huge amount of young, idealistic people with a lot of capital,” Taaki said, adding:

“If we can form a vision and direct that energy, it could be an extremely powerful force.”

A concept which originated from ethereum co-founder and Parity Technologies founder Gavin Wood, Web 3.0 has evolved into a tech base that encompasses a wide range of decentralized technologies, ethereum and beyond.

Web 3.0 is intended to replace the existing online infrastructure with software that is decentralized from the start. To this end, much of the discussion over the three-day conference echoed Taaki’s sentiment – that with the right combination of technology and vision, Web 3.0 can usher in a new era of digital emancipation.

And while that may sound idealistic – several attendees remarked that the event seemed to tip into naïveté at times – it was met with a wave of technological advances that reinforced this positivity.

“It’s different this time around, and we have a chance to use these tools in a way that empowers and protects people,” Patrick Nielsen, CTO of Web 3.0 startup Clovyr, said. “But it won’t build itself, and just because the tools exist does not mean it’s going to get used.”

Ethereum developer Lane Rettig echoed this point in an interview with CoinDesk.

According to him, the Web 3.0 community is at a crucial turning point. Either it succumbs to the classic “rich get richer” dynamics or the community takes “the uncharted path” of permissionless innovation.

What’s more, such a vision requires careful coordination and an awareness of history, such as the failure of former technological movements that got co-opted by corporates. To this end, several moments during the conference reflected this idea in more cautionary terms.

For instance, ethereum developer Vlad Zamfir took the stage on Monday, saying: “Expect every layer to be captured. Defend every layer.”

During the event on Monday, Harry Halpin, an academic and a former chairperson of the World Wide Web Consortium (W3C), gave some concrete examples of the risks currently facing the nascent industry.

According to Haplin, decentralized, open-source technologies have a historical tendency to fall prey to capture by corporations that implement the tech – thus further centralizing the Web.

Clovyr’s Nielson seconded that, explaining that strategies – such as the so-called “embrace and extinguish” method – exist within corporations to allow them to take open-source software and reimplement it within their own systems (without so much as a thank you). And the tech, at that juncture, has been abstracted from its guiding principles and even be used for malignant ends, he said.

Zamfir specifically directed his warning about this process toward blockchain governance – where an economic elite can buy up crypto token ownership and divert the outcomes of a project.

According to Halpin, Web 2.0 technology underwent a corporate capture of its own, and the leaders of the projects “lacked the backbone to push back and fight for users rights.” For example, Halpin drew attention to digital rights management (DRM) – a heavily criticized copyright-enforcing technology that led him to quit the W3C following its implementation as a Web standard.

To protect against such eventualities, Halpin proposed the notion of a “protocol commons,” an overarching blockchain governance body for “certain things which are in everyone’s best interest.”

This could include the development of Web 3.0 standards, as well as protection against software patents, Halpin said, adding that such governing bodies should avoid deifying specific people, a process that can create single points of failure for blockchain projects.

“We need to remove charismatic leaders, they are good at the beginning but they will become corrupt, or they will just go crazy, and either way it has the same impact.”

Privacy was another significant theme discussed during the summit. While much in the way of privacy tooling is in development within the cryptocurrency community, there are still plenty of unanswered questions.

He continued: “Peer-to-peer and blockchain technologies are by design very hostile to privacy. There needs to be a lot of work.”

It was a notable trend at the summit, with many, like Halpin, warning that the use of peer-to-peer and blockchain technologies could result in a new surveillance machine – one that is even more threatening than the current Web as it exists today.

And that’s because not only do technologies like ethereum reveal transactional data, but they also expose subtler computational activity which can be a concern, especially as it relates to smart contracts that deal with sensitive tasks like voting, location data, social media and identity.

“Blockchain is a surveillance wet dream.”

Still, several talks touched on the privacy question, sparking a sense of renewed interest in developing the tools necessary to protect users and even developer information.

Advancements in zero-knowledge cryptography, ring signatures, mixnets, privacy-enforcing contracts and messaging were discussed, and even lower level cryptography that enforces privacy as a default, instead of needing end users to adopt.

One such project is Centrifuge, a financial supply chain startup that performs transactions apart from the ethereum blockchain in order to preserve their privacy, while still communicating with the blockchain by way of non-fungible tokens (NFTs).

“From a technical point of view, there’s a huge improvement in terms of the technologies we can use to preserve privacy,” CTO of Centrifuge Lucas Vogelsang said.

He added that the implementations of such technologies are “just a matter of time.”

Still, the mood at the conference was generally optimistic. For example, several participants pointed to innovations particular to the blockchain ecosystem that could help overcome dystopian outcomes.

Halpin echoed this point by stating that Web 3.0’s main protection against the failures of former software movements is the novel economic models underpinning much of the industry.

“Blockchain technologies have a fighting chance because they have an economic model built into how you use and work on the technology,” he stated.

These economic models can help avoid outcomes like the onslaught of corporations that occurred in Web 2.0 and protect against the economic model underlying most of the internet – one that relies on user data and tracking as a primary business model.

“You can see a new route of innovation on the Web that is not based on mass surveillance, that is based on decentralization, the respect for human life and new economic models based on payments.”

Speaking on the panel, Taaki reminded the audience of the importance of having a fixed ideological position to guide the Web 3.0 movement.

And while there are subtle disagreements about what the term “Web 3.0” actually means, Zamfir said in an interview that ideology can be boiled down to “emancipation.”

In a similar vein, according to Halpin, while we won’t know for years as the technology and the industry around it unfolds, but it’s worth the risk, given the underlying promise – freedom from corporate control – the technology stands for.