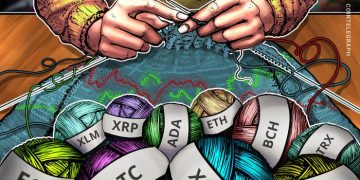 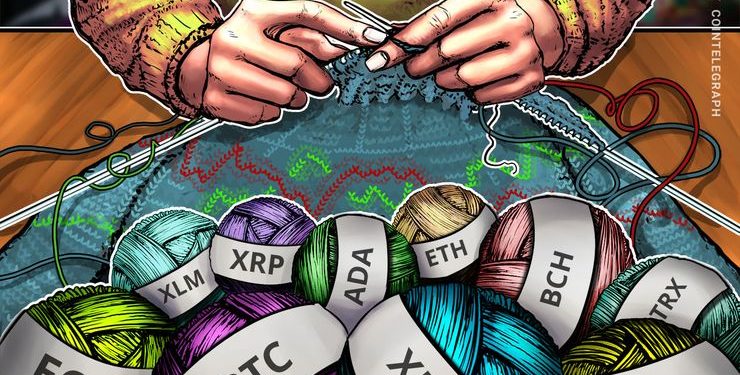 Regulations are a double-edged sword. If utilized correctly, they can infuse confidence among institutional investors but if implemented incorrectly, they can drive away investors. Using traditional methods to regulate a new asset class can lead to disaster.

Japan’s Financial Services Agency (FSA) has shown the way, by allowing the Japan Virtual Currency Exchange Association to formulate and enforce the necessary rules to protect consumer assets and prevent money laundering. If this experiment in self-regulation is successful, it might be adopted by the other nations as well, instilling confidence among investors.

Will the central banks issue their own cryptocurrencies? According to a recent study, many financial institutions believe that there should be central bank-issued digital currencies (CBDCs). However, Bank of Japan’s (BOJ) deputy governor Masayoshi Amamiya recently refuted the claim that CBDC’s will improve current monetary systems.

Crypto markets have recently stopped reacting to any fundamental news event but this tight range bound trading is unlikely to last forever. Soon, markets will make a decisive move with force. Traders should be ready to jump on the bandwagon if the breakout happens to the upside.

Failure of a bearish pattern should attract strong buying. Though Bitcoin (BTC) broke out of the descending triangle pattern on Oct.15, it has failed to sustain the higher levels. A lack of follow up buying and the failure of bulls to sustain the prices above $6,831.99 is a bearish sign. If the bears breakdown of the immediate support at $6,500, a fall to the next support at $6,200 is probable.

The BTC/USD pair has held the critical support zone of $5,900–$6,075.04 on numerous occasions in 2018. A breakdown of this support can trigger protective stops on the long positions, quickly dragging prices to the lower levels of $5,450 and $5,000. Therefore, traders holding long positions can keep a stop loss of $5,900.

The digital currency will show signs of a reversal if it sustains above $6,831.99. After this overhead resistance is crossed, a quick rally to $7,400, followed by a move to $8,400 is probable.

We expect the price to either breakout or breakdown of the $6,831.99–$5,900 range within the next few days, resulting in a new uptrend or a downtrend.

Ethereum (ETH) has been trading below both moving averages, which are sloping down. The RSI is also in negative territory, which shows that the bears have an upper hand.

If the bulls fail to scale above the moving averages within the next few days, a drop to $188.35 is probable. A break of this level can result in a retest of $167.32, below which the ETH/USD pair will resume its downtrend.

The digital currency will show signs of a reversal if it sustains above the overhead resistance of $249.93. Such a move can result in a rally to $322.

Though the intraday range in Ripple (XRP) has shrunk since Oct. 17, it has been trading flat, without giving up much ground. A sharp, large range up move from current levels can carry the digital currency to $0.50, above which we expect buying interest to increase.

The bulls have not been able to bounce off the support line of the symmetrical triangle, which is a bearish sign. Both the moving averages are sloping down and the RSI is in negative territory, indicating that the path of least resistance for Bitcoin Cash (BCH) is to the downside.

A breakdown of the triangle will resume the downtrend and can push the BCH/USD pair to $300 and lower. Traders can therefore keep a stop loss of $400 on their existing long positions. The digital currency will turn positive if it breaks out and sustains above the triangle.

Both buyers and sellers seem to have lost interest in EOS because it has been making small intraday ranges since Oct. 16.

A range expansion from the current levels can carry the EOS/USD pair to the overhead resistance of $6.8299, which will act as a strong resistance. The digital currency is likely to pick up momentum on a close above $6.8299.

Conversely, if prices plummet from current levels, a retest of $4.493, followed by a drop to $3.8723 is probable. Traders can protect their long positions with the stop loss at $4.90.

After failing to breakout of the downtrend line of the descending triangle, Stellar (XLM) has pulled back to the 50-day SMA, which might act as a strong support. If the price bounces from this support, it will once again attempt to break out of the triangle, which will be a positive sign.

Traders can wait for a close (UTC time frame) above $0.27 to establish long positions. Such a move can carry prices to $0.36.

On the other hand, if the bulls fail to defend the 50-day SMA, the XLM/USD pair can plunge to the support zone of $0.184–$0.20. If this support zone gives way, the digital currency will resume its downtrend, plunging to new year-to-date lows.

Litecoin (LTC) has formed a bearish descending triangle pattern that will complete on a breakdown and close (UTC time frame) below $49.466. Both moving averages are sloping down and the RSI is in negative territory, which shows that the bears have an upper hand. Though the pattern target following a breakdown of the triangle is $29, we anticipate strong support at $40.

The bearish pattern will be negated if the LTC/USD pair breaks out of $60. Failure of a bearish pattern is a bullish sign. Therefore, on a close (UTC time frame) above $60, we expect the bulls to scale $69.279 and rally to the next overhead resistance at $94. Traders can wait for a confirmed breakout before turning bullish.

Cardano (ADA) has formed a symmetrical triangle pattern inside the large $0.094256–$0.060105 range. Both the moving averages have been offering strong resistance over the past few days.

Therefore, traders should wait for the ADA/USD pair to breakout with strength before establishing any long positions.

After such a long period of small range days, we anticipate the range to expand sooner than later. Therefore, traders should be ready to buy, if they find prices moving up with strength.

There have been many occasions in the past few days when prices have risen momentarily, only to give up all their gains later in the day. Therefore, it is best to wait for prices to close strong (UTC time frame) before initiating any long positions.

If prices sustain above the 20-day EMA, a rise to the top of the range is probable. Both the moving averages are flat and the RSI is close to the midpoint, hence, the TRX/USD pair might remain range bound for a few more days. We shall turn bullish on the digital currency if it breaks out and closes (UTC time frame) above $0.30.