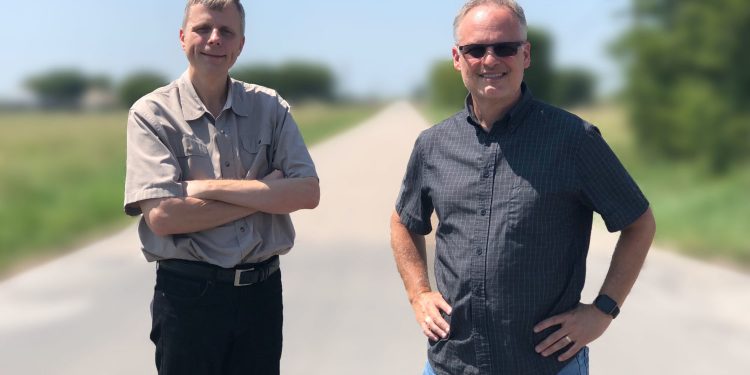 In a little over two weeks, Hedera Hashgraph’s HBAR cryptocurrency has dipped from a high of $0.36 cents to around $0.03 as of press time. The blockchain-like network’s CEO now says he will re-evaluate the token’s economic model and potentially change HBAR’s distribution schedule to give the company time to reassess.

“We are thrilled with the technical performance of our platform,” Hedera Hashgraph wrote in an amendment that was shared in the network’s Telegram channel on Monday. “We also believe that there may be an opportunity to make improvements to Hedera’s coin model.”

CEO and co-founder Mance Harmon did note in a blog post last week that 2.2 million transactions had run over the network in its first week, with network usage around 3 or 4 transactions per second and transactions settling in around 2 to 3 seconds. Hedera refused to comment for this story, saying the company does not speculate on HBAR prices.

However, Hedera noted in its post that the startup is working with Harvard-trained economists from consulting firm Prysm Group to re-evaluate the HBAR economic model. The goal: To see if it “has the right incentives for developers to develop on the network.”

In Hedera’s most recent proposal for amending the distribution model for simple agreements for future tokens (SAFT) participants, Hedera has suggested that the subsequent SAFT distributions be quarterly rather than monthly, meaning that SAFT 1 and 2 holders would get their next distribution on Dec. 22 rather than Oct. 22.

The proposal requires agreement between Hedera and “the people holding a majority of the purchase amount for that SAFT series.”

Harmon wrote in the proposal:

“Although we’re very pleased with the volume of early network activity, it may be premature to release the next distribution of SAFT 1 and SAFT 2 coins within a month of the last one … before we receive the results of the Prysm Group’s review. So, the objective of the third proposed amendment is to extend Hedera’s discretion to allow for quarterly coin releases.”

Hedera raised money for the project at a time when altcoins were riding a high speculative wave out of 2017, said Eric Wall, the former blockchain lead at Nasdaq-owned fintech vendor Cinnober.

While Hedera has put together a high-profile governing council – including IBM, Boeing, Deutsche Telekom, Tata, Nomura and bank tech vendor FIS – it has yet to demonstrate high-profile use cases for HBAR, Wall said. Now that HBAR is open for retail exchange, creating retail demand will be crucial for Hedera.

“As more HBAR are released, it will increase selling pressure on HBAR,” Wall said. “For the price to support sell pressure, something needs to attract investors and speculators in this market … because that supply is going to shock the system.”

Wall added that the drop in HBAR price looks somewhat like the initial launch of Zcash which surged to more than $2 million on its first day in October 2016 and fell below $50 in December. On the first day Zcash launched it went from roughly 3,300 BTC at the time to 48 BTC.

Altcoins overall have dropped by around 50 percent in the past year, according to the midcap Bitwise index, while HBAR has decreased around 75 percent since its last SAFT sale in August 2018 valued the coin at 12 cents. Hedera isn’t the only altcoin network that’s adjusting its model either. Stellar just recently decided to eliminate inflation from its protocol.

It’s not unusual for altcoins to be undervalued or overvalued, and HBAR is undergoing an aggressive price discovery price, Wall added.

Hedera’s Governing Council has also created a growth committee to look over funds set aside for incentive programs to accelerate adoption, and Hedera is scheduling one-on-one calls with stakeholders to educate them on the company’s efforts.

“While the value of the network will be driven by the applications that developers continue to bring to market on top of it, we were responsible for the creation of both the network and the economic model to catalyze that development,” Harmon wrote, adding:

“If we find mistakes in either, it is our responsibility to fix them. We are committed to doing what it takes to make sure the model is properly aligned to foster widespread developer and user adoption of the platform, and to demonstrating that we deserve the trust you placed in us to get that right.”

“I’m not excited about cryptocurrency movements, especially in the very early days,” Wilson told CoinDesk in an email. “These systems are highly non-linear and highly sensitive. Look at good old Bitcoin: it has never settled into any repeatable or predictable pattern.”